A Chinese truck driver who tried to escape after knocking down a motorcyclist was caught by passing drivers who teamed up to chase him.

The hit-and-run suspect reportedly mowed down a man who was riding a scooter on March 4 at a crossroad in the county of Rudong, east China’s Jiangsu Province.

He left the scene without stopping.

The truck driver knocks down a man from his scooter near a traffic junction in Ru Dong, China 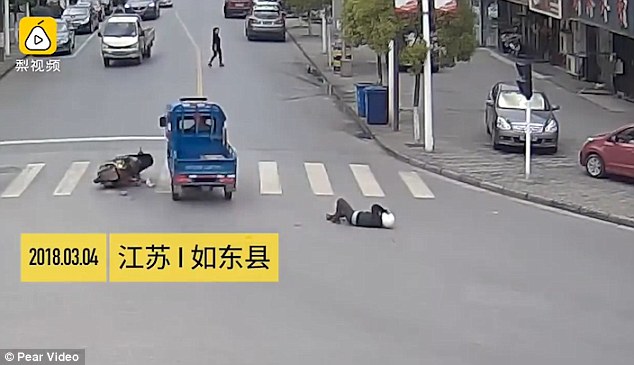 The truck driver speeds off without stopping, leaving the injured motorcyclist struggling

Footage released by Pear Video shows that one driver who witnessed the accident started chasing the truck.

Soon two other cars turned around and joined the first driver in the chase.

The truck driver was eventually caught near a residential complex after one of the three cars slammed the truck from the side, forcing it to stop.

According to the local television station Jiangsu TV, the motorcyclist was left lying in the middle of the road injured after being hit by the fast truck. 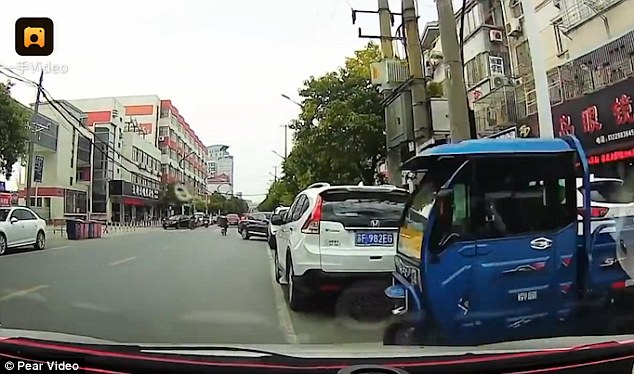 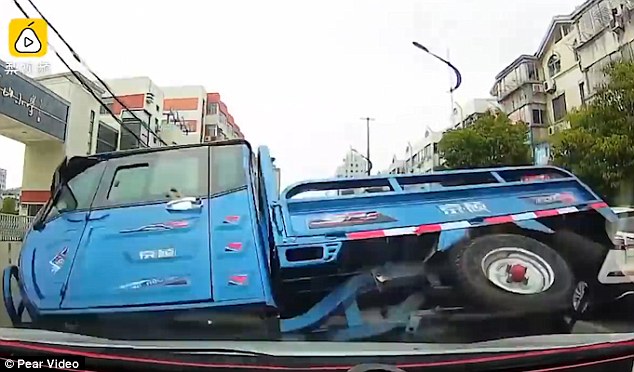