‘Twisted and grotesque’ auction sees Hitler’s personal belongings including a $29,000 cigar box and $19,000 hairbrush sold to bidders in Australia

A $29,000 cigar box and $19,000 hairbrush are among several items that were previously owned by Hitler and sold at a controversial auction in Australia.

Eight items belonging to the former dictator of Nazi Germany were sold under the hammer by JB Military Antiques at Morley, in Perth’s north-east, on Sunday.

The auction was slammed by campaigners as a ‘cruel celebration’ of Hitler’s regime and as ‘spitting on the grave’ of brave diggers, as they called for the sale of Nazi memorabilia to be banned.

A $29,000 cigar box (pictured) and $19,000 hairbrush are among several items that were previously owned by Hitler and sold at an auction in Australia – but the auction house copped heavy criticism for the ‘perverse and twisted sale’ 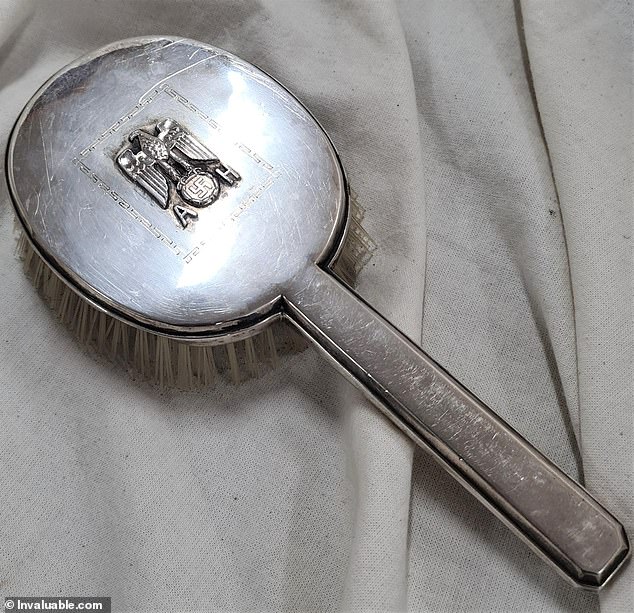 A hairbrush with the Nazi coat of arms and Hitler’s initials ‘AH’ was sold for $19,000 during the auction

Each item was emblazoned with the Nazi coat of arms and Hitler’s initials ‘AH’.

JB Military Antiques copped heavy criticism for hosting the auction a week out from Anzac Day.

Anti-Defamation Commission chairman Dvir Abramovich condemned the sale of Hitler’s items and called a ‘celebration of his cruel regime of mass murder and torture’.

‘If Hitler was alive today, he would be thanking JB Military Antiques and applauding their lurid trade, delighted that his legacy is being mainstreamed and promoted in Australia,’ he said.

‘The extermination and dehumanisation of millions should not have a tag price and be offered to the highest bidder.

‘The perverse and twisted sale of these blood-stained items that belonged to monster tramples on the memory of the victims of the Holocaust and is a spit on the graves of the valiant diggers who sacrificed their lives to defeat this evil tyrant.’

The sale of such items is already banned or severely restricted across Europe.

JB Military Antiques owner Jamey Blewitt said the sale was just ‘business’ and that the store did not take a political stance.

‘We’re not political in any way,’ he told The West Australian. ‘We’re aware that many people find these pieces absolute abhorrent.

‘There are good and bad things in history,’ he said.

The eight items that once belonged to Hitler were part of 500 military memorabilia sold by the store during the auction. 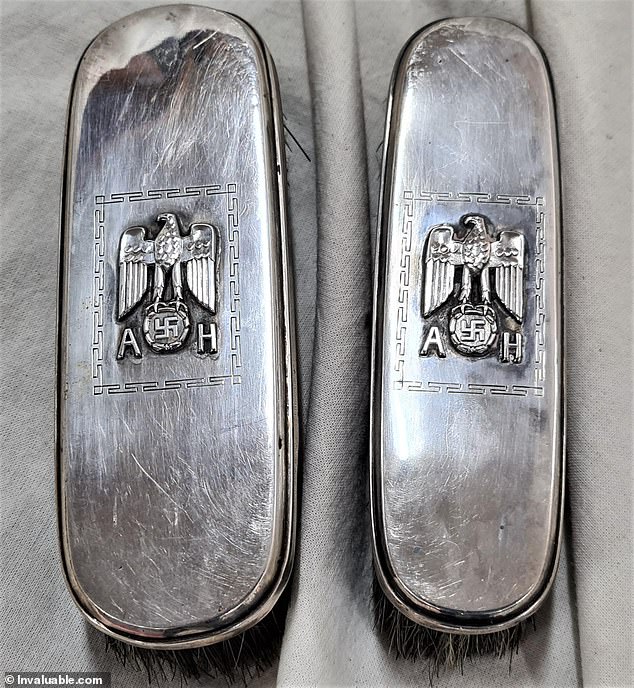 A metal boot brush fetched $13,000 during the auction at Morley, in Perth’s north-east, on Sunday 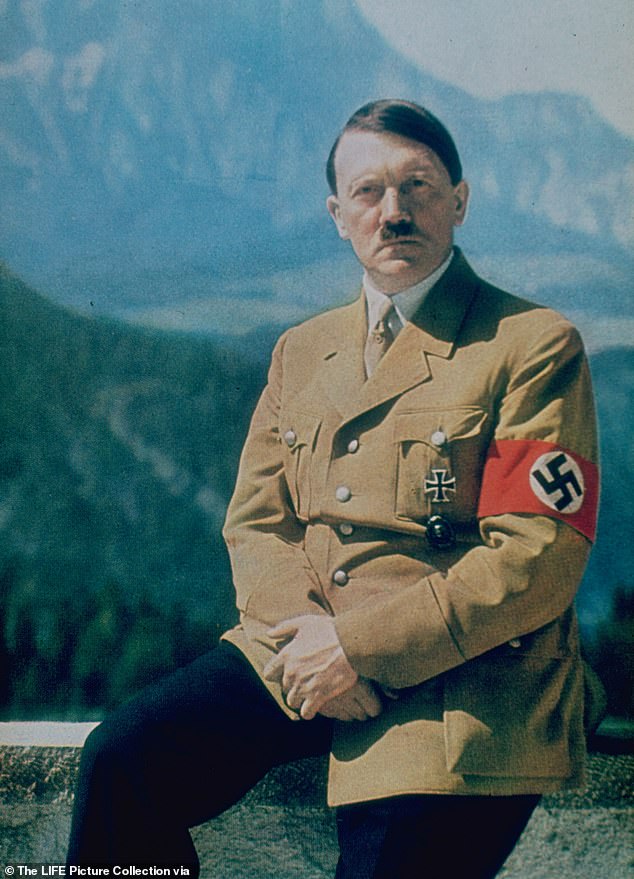 Eight items belonging to the former dictator of Nazi Germany were sold under the hammer by JB Military Antiques at Morley, in Perth’s north-east, on Sunday