A set of teeth found by the Russians in Berlin in 1945 have turned out to be Hitler’s – and in an awful condition.

The dental remains picked up by the Soviets after the fall of Nazi Germany had only ever been referred to as the teeth of Patient A H.

But after a team of French scientists were allowed to go to Moscow and analyse them, it has been revealed A H stood for Adolf Hitler.

Not only did they uncover the fact the German dictator had terrible teeth, they also rubbish conspiracy theories he managed to escape from under the March of the Allies. 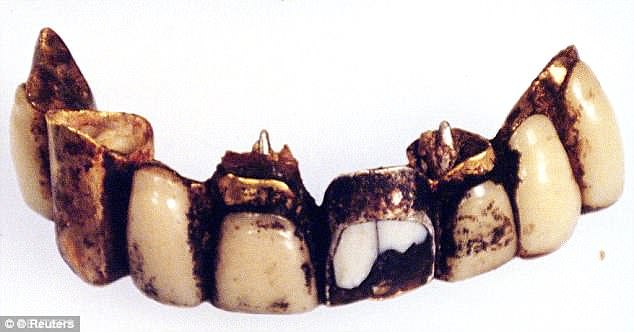 Pictured: The teeth were revealed to be Hitler’s after a team of French scientists travelled to Moscow to analyse them

The teeth were found with part of a skull outside the Fuhrerbunker in the ruins of Berlin in the final days of the Second World War.

This confirms Hitler did commit suicide inside his bunker in Berlin and he didn’t miraculously escape to Argentina as some have suggested.

The skull remains also show he did not shoot himself in the mouth, as many believe.

Philippe Charlier headed up the trip to see the remains and published his findings in the European Journal of Internal Medicine.

Mr Charlier said Hitler only had four teeth, because his others had been replaced because of his vegetarianism, acid regurgitation and addiction to medicines.

‘The teeth are authentic, there is no possible doubt. Our study proves that Hitler died in 1945,’ professor Philippe Charlier told AFP.

‘We can stop all the conspiracy theories about Hitler. He did not flee to Argentina in a submarine, he is not in a hidden base in Antarctica or on the dark side of the moon,’ Charlier said.

He wrote in the journal: ‘Previous identification(s) of Nazi leaders and relatives have been published in the biomedical literature, but it has to be said that all the published studies dealing with the authenticity of the remains of Adolf Hitler were carried out without any direct access to the remains, i.e. skull and jaws.

On his suicide method, he added: ‘The absence of antimony, lead and barium at the surface of dental calculus deposits could be understood as an argument against the hypothesis of an intra-buccal firearm wound at the moment of the suicide of Adolf Hitler.’

After they were picked up by Stalin’s forces he ordered they be brought back to Moscow.

Mr Charlier told The Times: ‘For him, the person who had the remains was the winner of the war.’ 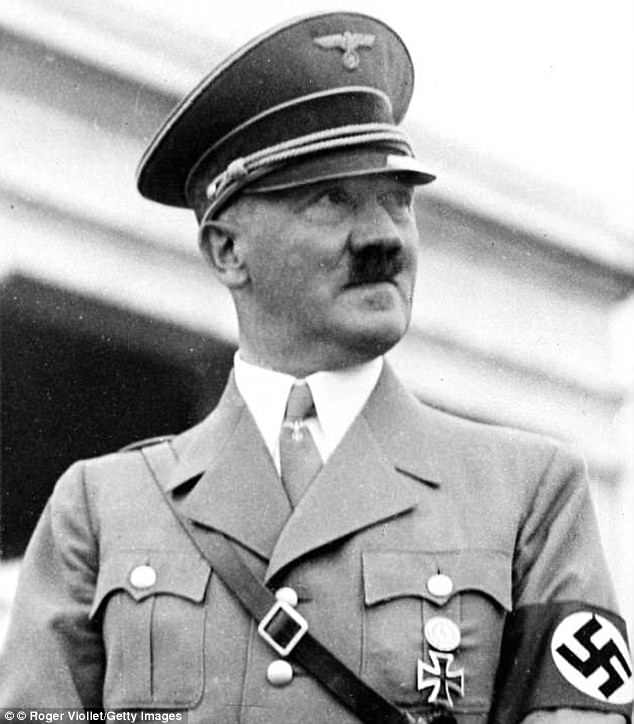 Not only did they uncover the fact the German dictator (pictured) had terrible teeth, they also rubbish conspiracy theories he managed to escape from under the March of the Allies