It was a big landmark birthday for Hoda Kotb’s longtime love Joel Schiffman this week, and the family celebrated in style – albeit a little bit late.

Earlier in the week on the 21st, Joel’s actual birthday, 53-year-old Hoda gave him a mention on air while hosting the Today show with Kathie Lee Gifford.

She revealed that the couple weren’t able to spend the big day together because Joel was meant to be coming back from a trip to Colorado when his flight got cancelled, delaying his return until Friday.

Ringing it in: Hoda Kotb, 53, celebrated her longtime love Joel Schiffman’s 60th birthday on Saturday along with her adopted daughter Haley Joy 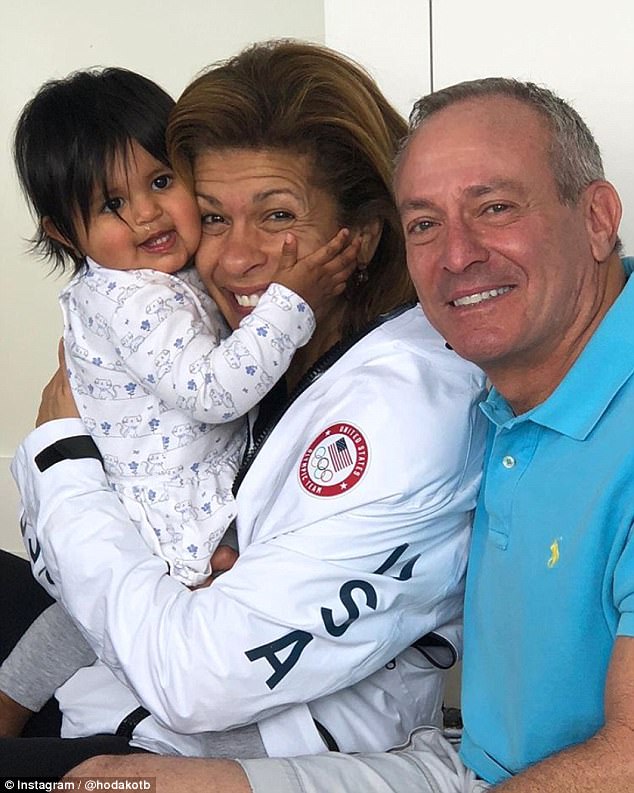 Loving family: Hoda and Joel have been dating for more than four years, and were joined by Haley Joy last year

In Joel’s absence, Hoda shared a photo of her with Joel on Instagram at the time, writing: ‘Happy birthday handsome!’

But on Saturday, Hoda, Joel and daughter Haley Joy were finally able to ring in Joel’s birthday together, with a big cake and lots of smiles.

Hoda shared a selfie of the adorable family on social media, showing one-year-old Haley Joy sitting in her high chair looking ready to snag a piece of the cake that Joel is holding up for the camera.

‘Oh happy day!’ Hoda gushed in the caption for the sweet photo. 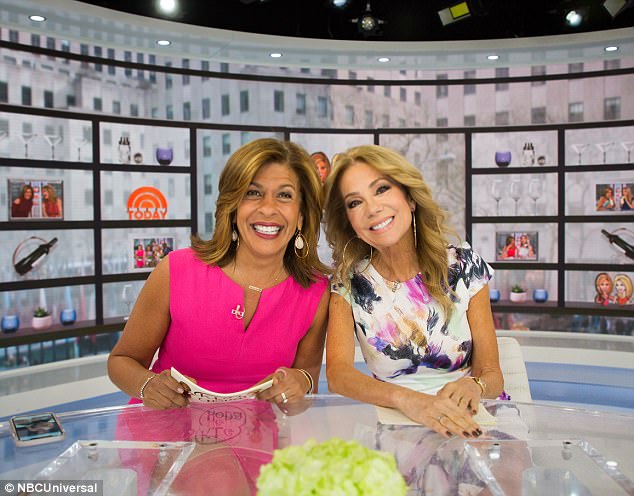 A little late: Hoda revealed on Today that the pair were kept from celebrating Joel’s birthday on Wednesday because his flight home from Colorado was cancelled 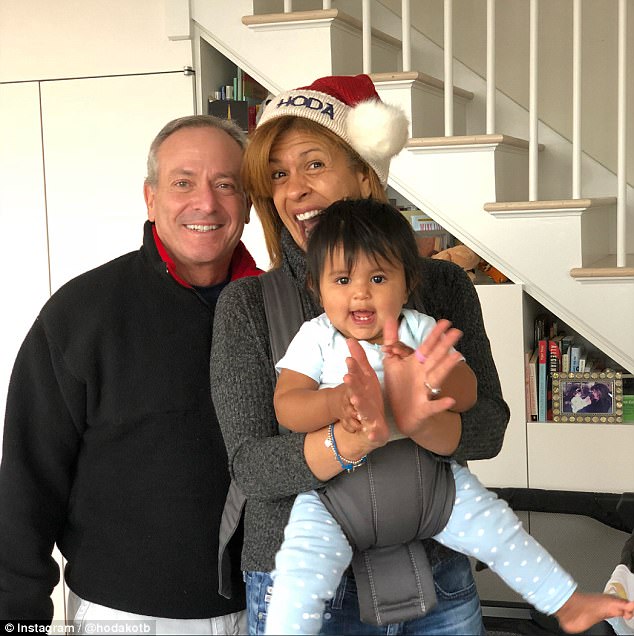 Happy together: Last week, Hoda opened up to Daily Mail Online about how she first brought up the issue of adoption with Joel, saying she was ‘afraid of the answer’ he might give

Last week, Hoda opened up to Daily Mail Online about how the happy family came to be, admitting that she had been nervous to bring up the topic of adoption with Joel, who she has been with for more than four and a half years.

‘I remember when I went to speak to Joel about it… my heart was pounding. I think I was afraid of the answer, to be honest. But I knew I had to say something, I had to ask,’ she said.

‘When I went to speak to him, he could tell there was something up, and I think he was just thinking, “What is happening?”‘ 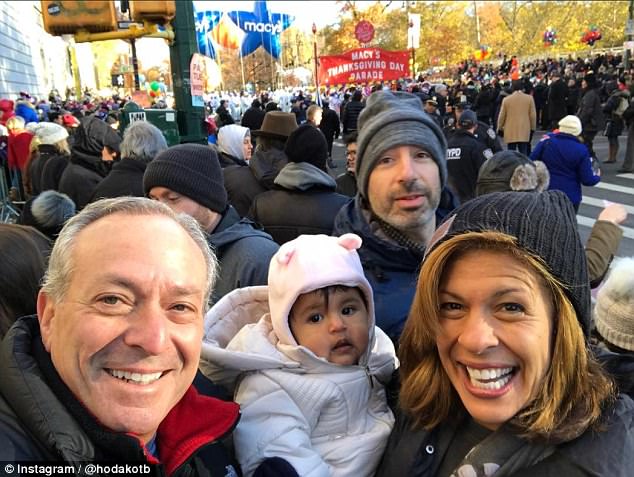 Love and support: Hoda was left in tears when Joel immediately approved of the idea 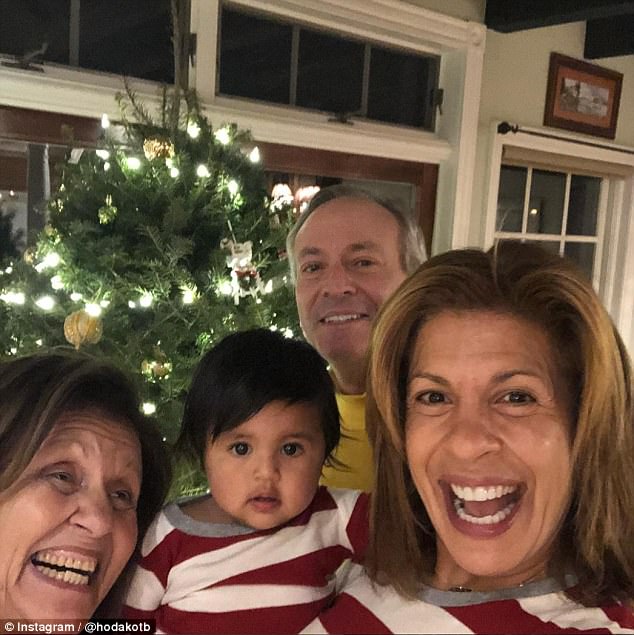 Can’t stop smiling: Hoda welcomed Haley Joy in February 2017 after she was born on Valentine’s Day

After explaining to him that she was interested in adopting a child, she told Joel:  ‘Take a day, a month, a year, whatever you need to think about it, and you can just let me know when you’re ready.’

Joel’s immediate commitment to the idea left Hoda feeling overwhelmed, and she was left ‘crying so hard, I soaked his T-shirt.’