Ceon Broughton arriving at Winchester Crown Court this morning, where he is on trial for manslaughter and supplying Class A drugs

The daughter of Holby City star John Michie was the first person ever to have died after taking an overdose of the hallucinogenic drug 2C-P, a court heard today.

Medical experts know very little about the substance, which caused Louella Fletcher-Michie to ‘scream like a wild animal’, beat herself, and eat brambles.

It is alleged the 24-year-old was given a ‘bumped up’ dose of the drug by her rapper boyfriend Ceon Broughton, 29, who has denied manslaughter.

They rekindled their relationship just three weeks prior to the festival after an on-off relationship lasting more than a year.

Distressing footage played to Winchester Crown Court has shown Louella hallucinating, hitting herself, and rubbing brambles and stinging nettles across her face and body.

The aspiring dancer died over a period of six hours, jurors have heard.

Broughton had told police he had to restrain Louella with ‘all his might’ for half an hour after she began to ‘spiral’ and start attacking herself, the court heard today. 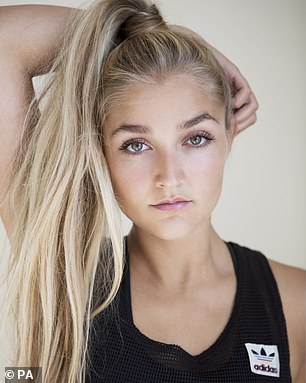 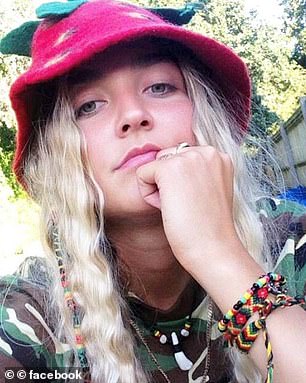 Louella could be seen shouting loudly, repeating incoherent sentences and even hitting herself in a series of clips 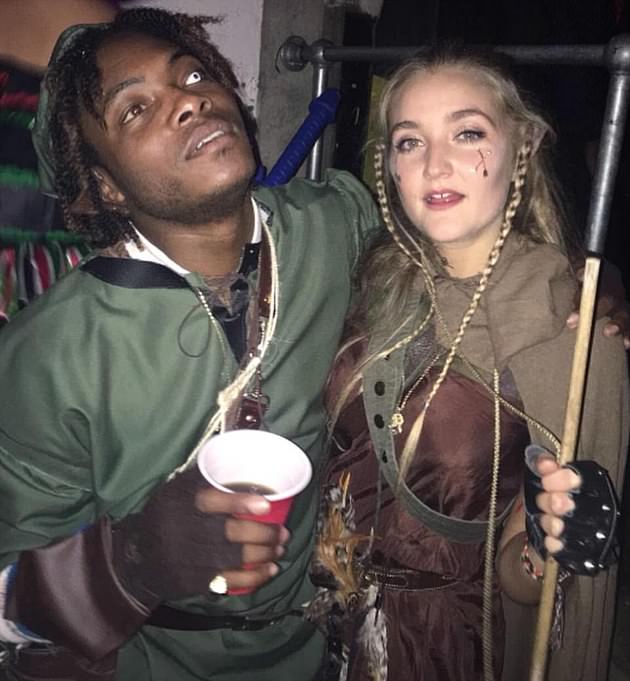 Louella’s boyfriend, Ceon Broughton, gave her a ‘bumped up’ dose of the class A substance and ‘failed to act’ for six hours despite her needing urgent medical care, the court heard 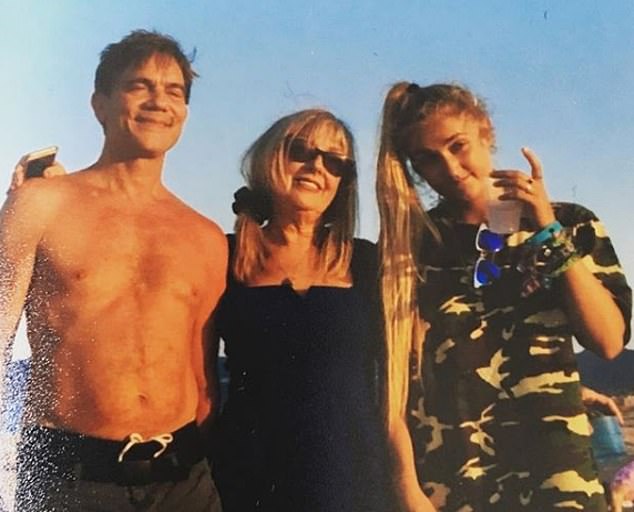 It is alleged Broughton did not seek to get medical help for Louella, despite a hospital tent being just 400 metres away.

The prosecution claim the grime star ‘didn’t want to be arrested’ as he was serving a suspended sentence and would likely be jailed.

Hallucinogenic drug 2C-P has been described as having a similar effect as LSD, also known as acid.

Users are likely to experience a distorted view of reality and objects and will see and hear things that are not really there.

2C-P is in the 2C family of drugs and because it is a stimulant, it can make users feel alert and awake. The drugs, which can be smoked or snorted, also affect emotions.

Giving evidence today at Winchester Crown Court, Dr Delaney said Louella had 0.032 milligrams of 2C-P per litre of blood in her body, as well as smaller amounts of MDMA and ketamine.

Expert toxicologist Dr Stephen Morley told jurors he had never before dealt with a case involving the synthetic party drug, despite reporting on more than 30,000 post-mortem toxicology cases.

However, the drugs creator, chemist Alexander Shulgin, who is known as ‘the Godfather of MDMA’, wrote that taking too much 2C-P was a ‘physical disaster’, the court heard.

Prosecutor William Mousley QC said reports showed between four and seven people being rushed to hospital from a rave in America after taking the drug.

Questioning Dr Delaney, he said: ‘It was reported to you by toxicologist Emma Pagden that there was very little literature detailing the effects of 2C-P as it is not commonly abused.

‘The limited literature available says it is part of a group of drugs known to cause potent hallucinations and agitation.

‘Higher doses are thought to lead to an increased heart rate, increased blood pressure and an increase in body temperature.

‘There has been no published data on levels seen in fatalities. However, there are some reported concentrations from medical departments including people who had taken the drug and survived.

‘There are reports of people having cardiac arrest and requiring resuscitation and surviving.’ 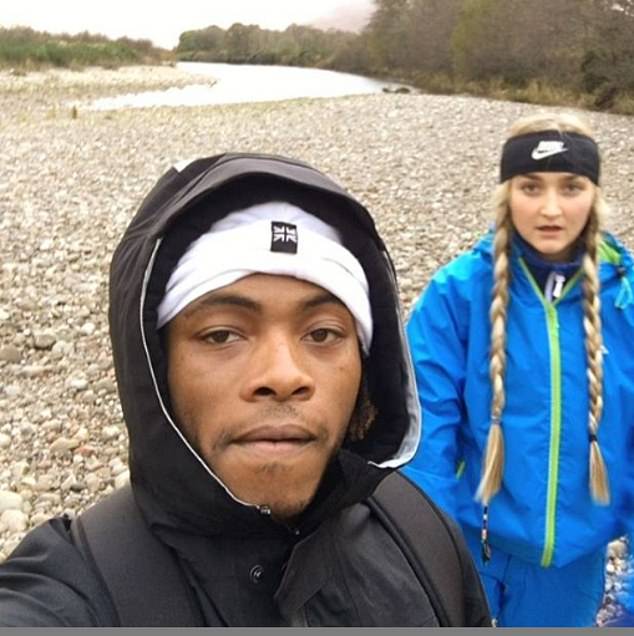 The on-off couple, pictured here in 2016. The court has heard Broughton gave Louella a ‘bumped up’ dose of 2C-P and even filmed her after she died

The pathologist also told the court Louella had cuts and bruises on both her arms and both her legs, as well as bruising to her nose and cuts on her face.

Dr Delaney said: ‘[Louella’s] agitated behaviour continued over a number of hours and there was a degree of physical exertion.

‘After a few hours, she began to spiral. Her boyfriend describes restraining her and it requiring all his might.

‘Over a prolonged period of time, this exertion would be expected to result in tiredness and fatigue. That can result in complications such as muscles and the body becoming tired and not getting enough oxygen.’

Giving evidence at court today, Dr Morley added: ‘I have reported over 30,000 post-mortem toxicology cases and I have never dealt with a case involving 2C-P.

‘There is a newspaper article which suggests individuals in America had taken 2C-P and presented to hospital with abnormal heart rhythms and if they had not had treatment they would have died. They required CPR and a defibrillator.

‘Alexander Shulgin, who created the 2C group drugs and tested them on himself and a small group of colleagues, showed most doses are between six and ten milligrams.

‘He once took a single dose of 16 milligrams and said it was a physical disaster not to be repeated.

‘Shulgin’s original work said if you took 10 to 12 milligrams it can have a pleasurable effect, but even a small increase to him had a far more negative effect.

‘A bump up may have a far greater negative effect than a straightforward dosage.’ 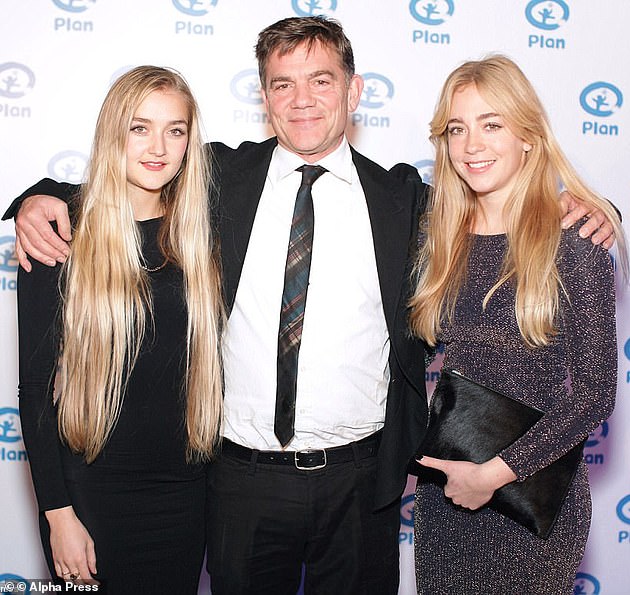 Louella Fletcher-Michie was the daughter of former Coronation Street actor John Michie (pictured with Louella, left, and his other daughter Daisy, right) 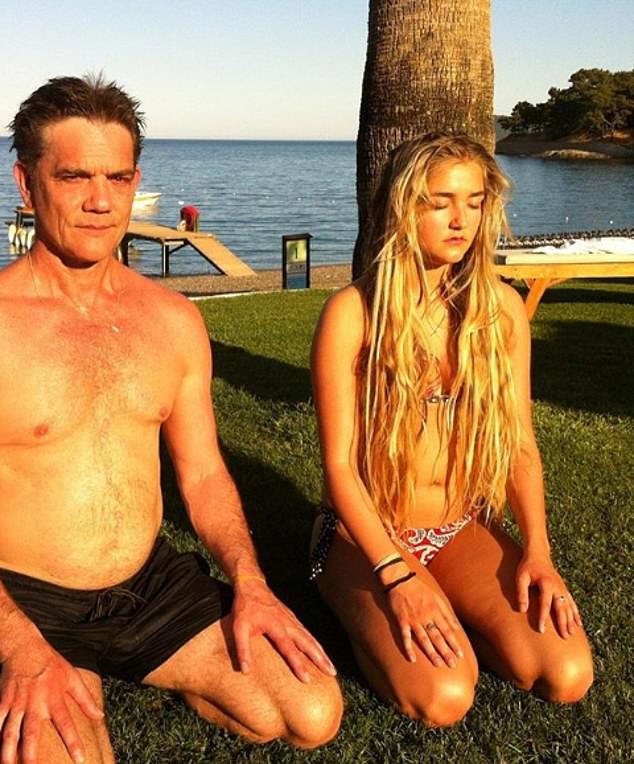 An expert estimated Louella would have had a 90 per cent chance of surviving the 2C-P overdose if there had been early medical intervention, the court has heard.

Her mother Carol Fletcher told the court the 24-year-old loved dancing and was ‘carving her own way through live, being creative’.

She said her daughter was ‘always healthy and into fitness.’

Ms Fletcher-Michie says she warned her daughter about drugs, but knew she occasionally took them.

The court has heard Louella and Broughton started a relationship in June 2016 before he broke it off after Christmas that year.

They rekindled their romance before Louella ‘went to Bestival to meet Broughton’, her mother told the court.

In a phone call with Broughton on the night Louella took drugs, Ms Fletcher-Michie said she heard Louella sounding ‘like a wild animal in the background’

‘It was the last time I heard her voice,’ she added.

At the festival site, the court heard, Louella’s parents were refused entry by staff when they travelled there from London.

Instead, Mr Michie handed over his phone and a security worker was able to locate and identify Louella’s body.

Mr Michie told an earlier hearing: ‘If I was in Ceon’s situation, with another human being, let alone a girlfriend he was supposed to love, I would have taken her to the medical tent to save her life.

‘You would do everything possible to save the life of a human being in that state.’