Holiday claims may be rejected if drinking excessively

For many of us, a holiday is the chance to kick back, soak up the sun and enjoy a few drinks.

But now officials are warning that this simple pleasure could end up costing us dearly.

The Financial Ombudsman said many holidaymakers do not realise their insurance claims could be rejected if they are deemed to have had too much to drink before an accident.

It said alcohol exclusions are a common feature of travel insurance policies and if an insurer thinks an accident was due to excessive alcohol consumption it may not pay out.

But it added that in some cases insurers are unfairly rejecting claims for accidents simply because a holidaymaker had been drinking at the time.

In one recent case, the ombudsman told an insurer to pay up for a man’s medical treatment costs after he slipped over in a nightclub’s toilets while on holiday, hitting his head.

The man said he had been drinking but was not drunk. The ombudsman decided it was not likely that excessive alcohol consumption had caused the fall.

Caroline Wayman, chief ombudsman and chief executive at the Financial Ombudsman Service, said: ‘Insurers may choose not to pay out if they believe someone’s been drinking excessively – although this doesn’t mean holidays need to be totally alcohol-free.

‘In each case we look at, we’ll carefully weigh up all the evidence to decide on balance whether the insurer has made the right call.’

The service issued the warning as it released complaints figures for the final three months of 2017. It said it looked at nearly 900 travel insurance complaints in that period.

The FOS said a few claims had been made after an insurer had decided drinking was a factor in an accident. Some also related to specific types of holiday activities, such as winter sports or cruises, which may not be covered in a standard policy. 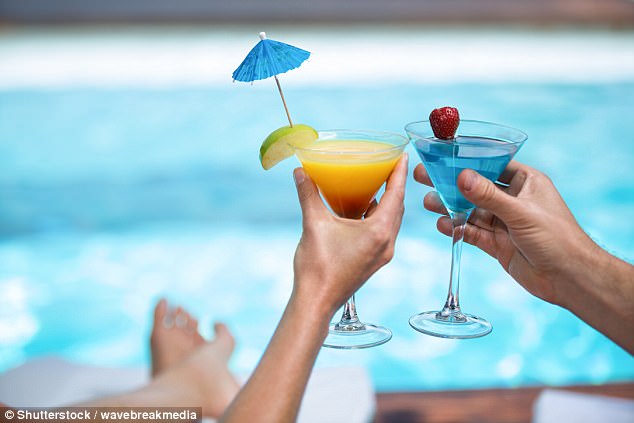 FOS said this doesn’t mean holidays need to be totally alcohol-free. A spokesman for the Association of British Insurers said: ‘As with any insurance, customers do have a responsibility not to behave recklessly’

The ombudsman urged holidaymakers to check the small print of their policies to confirm exactly what is covered.

If a consumer makes a claim on their travel insurance, the burden of proof falls on the insurer to show how any exclusion in a policy applies, the ombudsman said.

It said figures show more than 21.9million people from the UK went on summer holidays abroad last year. But the ombudsman service only dealt with around 3,000 complaints about travel insurance in 2017 – deciding in nearly four in ten cases that the insurer had not treated the customer fairly.

A spokesman for the Association of British Insurers said: ‘As with any insurance, customers do have a responsibility not to behave recklessly.

‘Insurers know people will likely want to drink alcohol while they’re on holiday and they don’t expect you to stay sober all the time, but there is a danger of invalidating your cover if you drink so much that it makes you act dangerously or means you are out of control.’