This is the comical moment a mother’s attempt at surprising her daughters with a trip to Walt Disney World in Florida takes an amusing twist.

Mother Lee-Anne had decided to surprise her daughters Annalei and Bridie-Rose with a family holiday to the sunny state of Florida by pre-packing their suitcases and asking them to open them as soon as they arrived at Gatwick Airport.

However the situation took a turn for the worst after her younger daughter Annalei  began to cry upon seeing her suitcase and told her mother: ‘I don’t want to go to the triangle’ 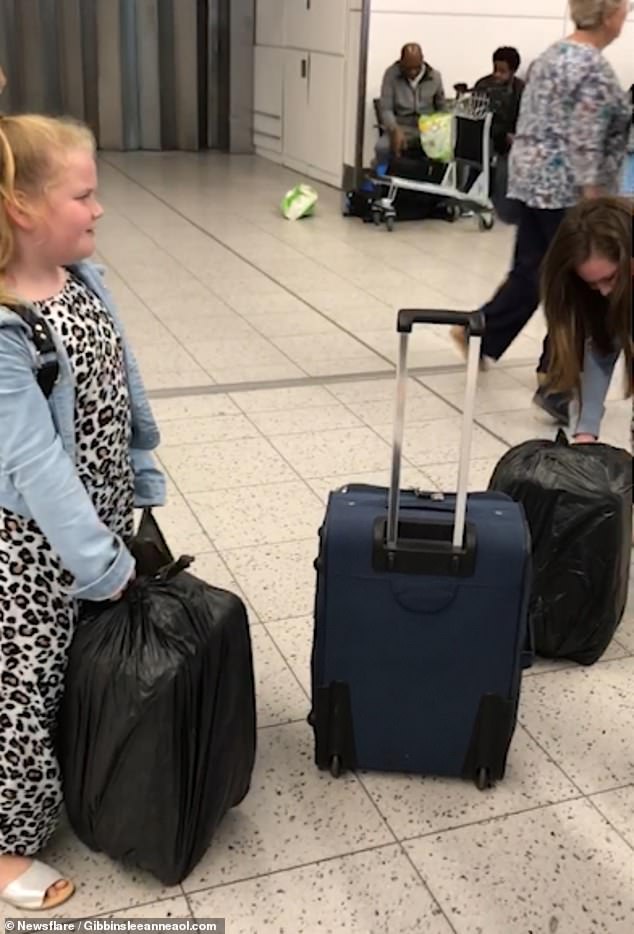 During the funny clip, Lee-Anne is heard telling her two daughters to open the sealed black bags in front of them so that they can discover where they will soon be jetting off to.

She says: ‘We’ve been lying to you. You need to open up those bags, open them up!’

Annalei, who is scared by the mythical section of the Atlantic Ocean due to a documentary she previously watched, soon bursts into tears as her mother looks on at the strange turn in events.

OIder sister Bridie-Rose then begins to open her suitcase and notices a pair of Mickey Mouse ears as Lee-Anne reassures her daughters: ‘We’re going to see Mickey and Minnie!’ 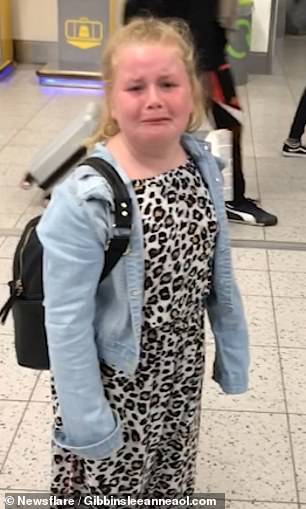 After opening the concealed black bags, Annalei thinks she is being flown to the mythical section in the Atlantic Ocean

WHAT IS THE BERMUDA TRIANGLE?

The Bermuda Triangle is a mythical section of the Atlantic Ocean roughly bounded by Miami, Bermuda and Puerto Rico where dozens of ships and airplanes have disappeared.

Unexplained circumstances surround some of these accidents.

Although a range of strange theories have been proposed regarding the Bermuda Triangle, none of them prove that mysterious disappearances occur more frequently there than in other well-traveled sections of the ocean.

Many people navigate the area every day without incident. 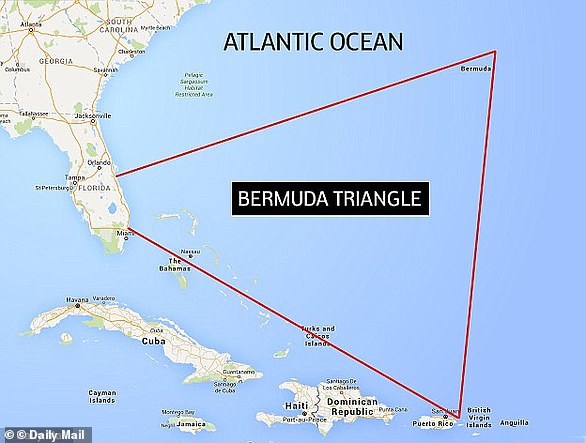 Moments later, Bridie-Rose is overcome with sheer delight and begins to cry as her delighted mum shouts: ‘We’re going, I promise you we’re going!’

After telling her daughters that they will be spending two weeks in America, Lee-Anne tells her youngest daughter: ‘Look Annalei you have to put your Mickey ears on.’

However Annalei is still cynical, and asks her mother: ‘You promise we’re not going to the triangle?’ 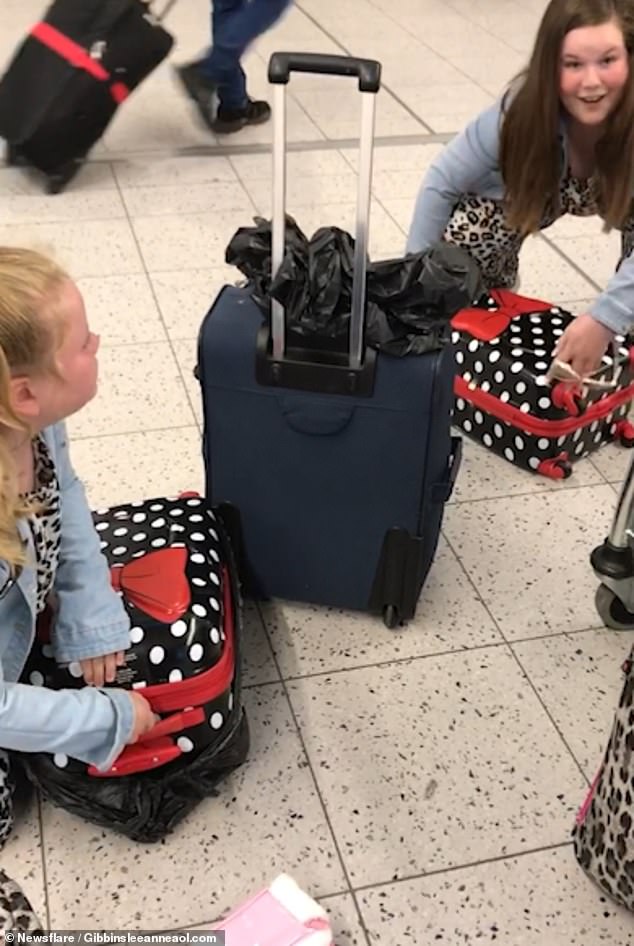 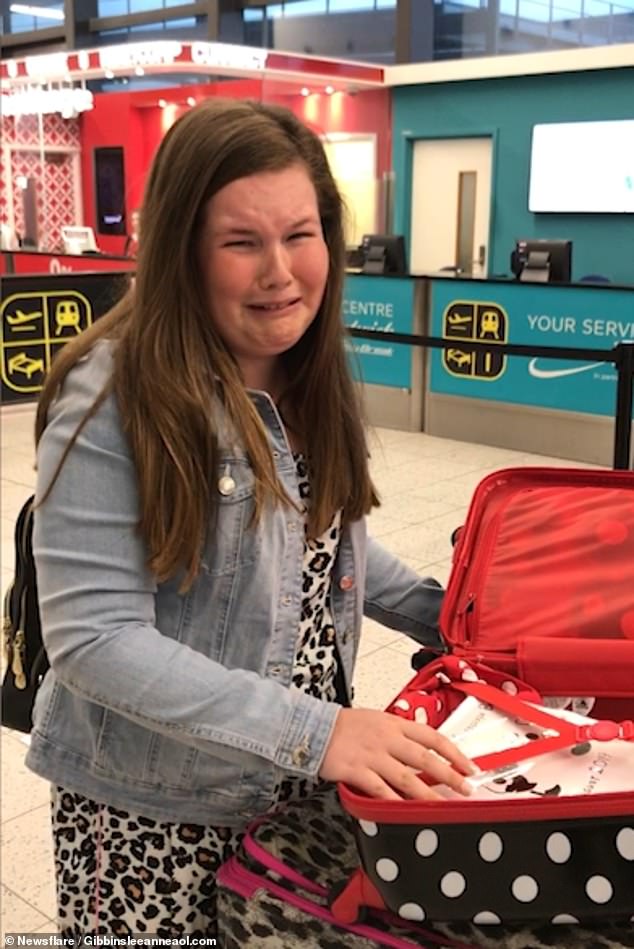 ‘We’re not going anywhere near the Bermuda triangle, if you say it one more time I’m going to leave you here!’

Lee-Anne had been planning the surprise family holiday for her two daughters for nearly a year.

Inside the wrapped suitcases were a range of treats including an autograph book, a passport holder and a pair of Mickey Mouse ears. 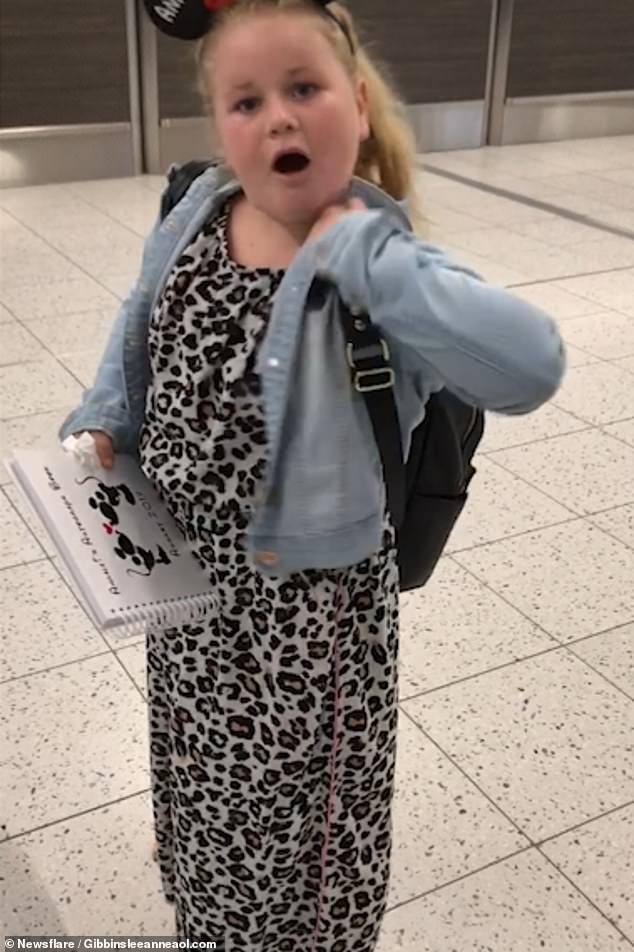 After telling her daughters that they will be spending two weeks in the U.S. state, Annalei begins to accept that she is going to Florida 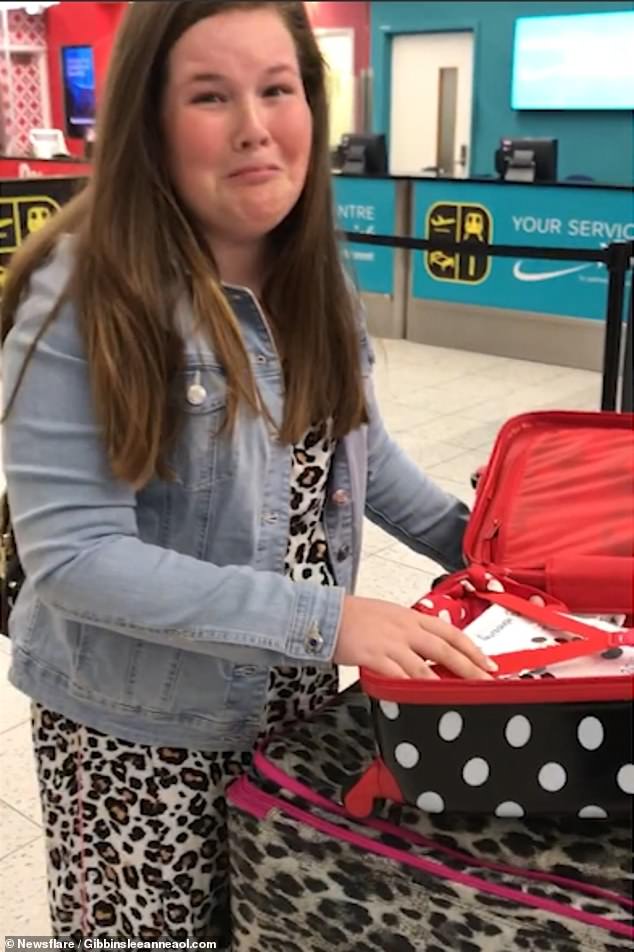