Holidaymaker, 20, is rushed to hospital in Ibiza

A British holidaymaker has been rushed to hospital after plunging from a third-floor balcony in Ibiza.

It comes just weeks after a fellow Brit, Londoner Carl Shepherd, fell to his death earlier this month.

In the latest incident the 20-year-old, who has not been named, was rushed to hospital around 5.30am this morning, conscious but with a head wound.

Local reports said he had been drinking before he fell.

The incident happened at the Bossa Mar Apartments in Playa d’en Bossa, near to the Jet Apartments where Mr Shepherd, 28, died in the early hours of August 14 after falling asleep on a third-floor ledge.

Friends and family paid tribute to the electrician dad-of-one last week, describing him as a ‘warm and charismatic man’, as it emerged he was a cousin of British actress Aletha Shepherd who works between Hollywood and London.

The Bossa Mar Apartments are virtually on sandy Bora Bora beach and belong to the Jet group which owns the Jet Apartments. 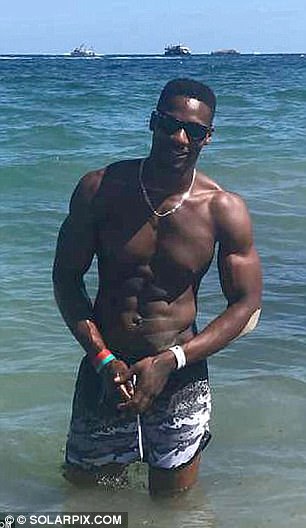 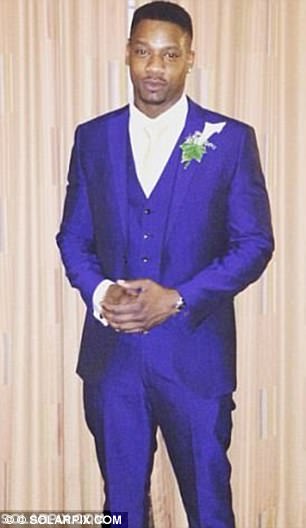 It comes just weeks after a fellow Brit, Londoner Carl Shepherd, fell to his death earlier this month 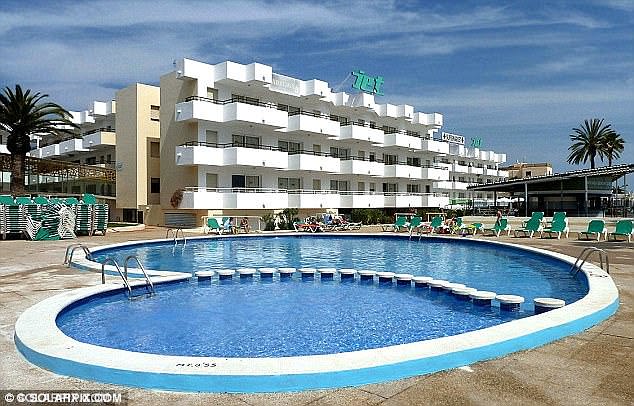 In a separate incident on August 6 Callum Marriott, 26, from Clipstone, Nottinghamshire, died after plunging onto the floor of an inside patio from the fourth-floor of a building called the Tanit building in nearby San Antonio.

He had just enjoyed his last night out on the holiday island with friends and was due to catch a plane home later the same day.

Investigators said afterwards they believed he may have been trying to get into his fourth-floor apartment when he fell in the early hours after leaving his friends and returning early only to find he didn’t have keys to get in.

Charlie Simpkin, 20, a workmate at Mansfield Citroen where Mr Marriott worked as a technician, said in a moving tribute: ‘There aren’t words to describe him. He was just golden. He was like a brother to me. He was really bubbly, he loved life, his music and his cars.’

And a 27-year-old Irishman was badly hurt last month after hitting his head on the bottom of his swimming pool at his two-star hotel in San Antonio when he miscalculated the depth and dived into the shallow end.