Holidays: Sun-seekers are snapping up last-minute bargains to islands such as Madeira and Cyprus

Sun-seekers are keenly following each government announcement about travelling abroad and then snapping up some bargains.

‘We see searches and bookings spike after news of corridors opening,’ says Jon Thorne, of Skyscanner.

‘We expect keen travellers to continue to seek out trips within the guidelines.’

The island of Madeira, pictured, is proving especially popular with sun-seekers

Islands are especially popular, with destinations on the list of safe travel corridors including Madeira and Cyprus.

Several Greek islands were added to the list of destinations that don’t require quarantine on return to the UK, and there are bargains to be had.

‘The average price for travel from London to Greece in October is £170 but deals to Tinos or Serifos, where there is a ferry from Athens, is from £123,’ says Mr Thorne. 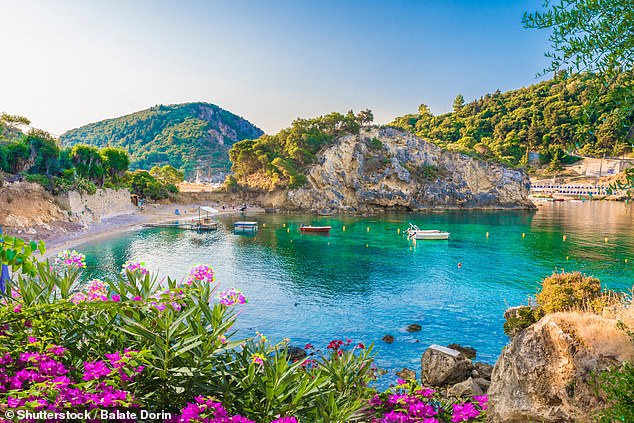 Jet2.com has added 70 more flights to Corfu (pictured), Kos, Rhodes and Madeira – totalling 13,000 extra seats after a spike in demand

Dubbed the ‘floating garden of the Atlantic’, Madeira’s warm climate has been attracting a younger crowd seeking food, wine and hiking.

TUI says Cuba is hotting up, with all-inclusive seven-night holidays at the Memories Jibacoa Hotel from £775pp (tui.co.uk).

Families seeking island sun for half-term can save up to 35 per cent at the all-suite Carlisle Bay Club in Antigua.