There is always a bolter in tournament year. A player whose form proves unexpectedly irresistible. A player who comes, not exactly from nowhere, but certainly from beyond most imaginations, to stake his place in the team.

He has been one of the successes of the season at Manchester United under Jose Mourinho. The player who serves as evidence that the manager doesn’t just improve defenders. On Friday night, he scored the winner in a rare win against Holland – England’s first in an away fixture between the countries since November 5, 1969. Colin Bell scored the winner back then, and Holland played a 22-year-old forward called Johan Cruyff. 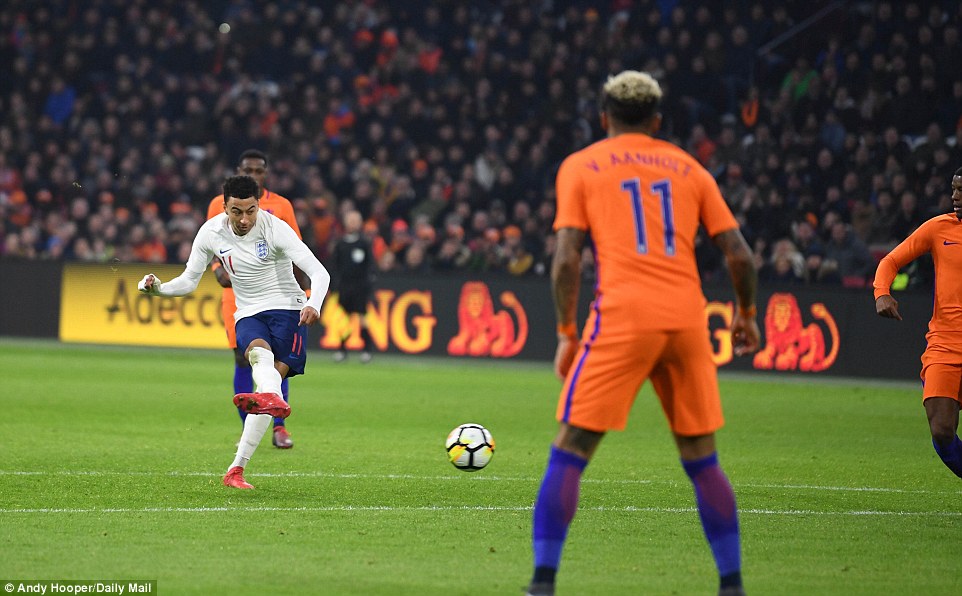 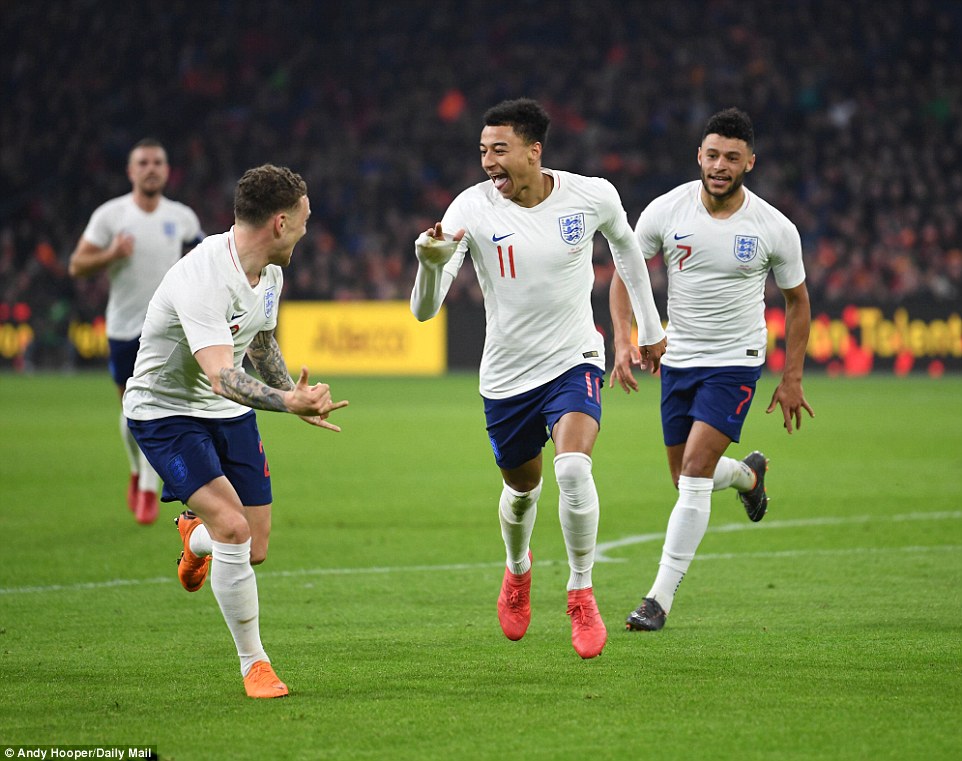 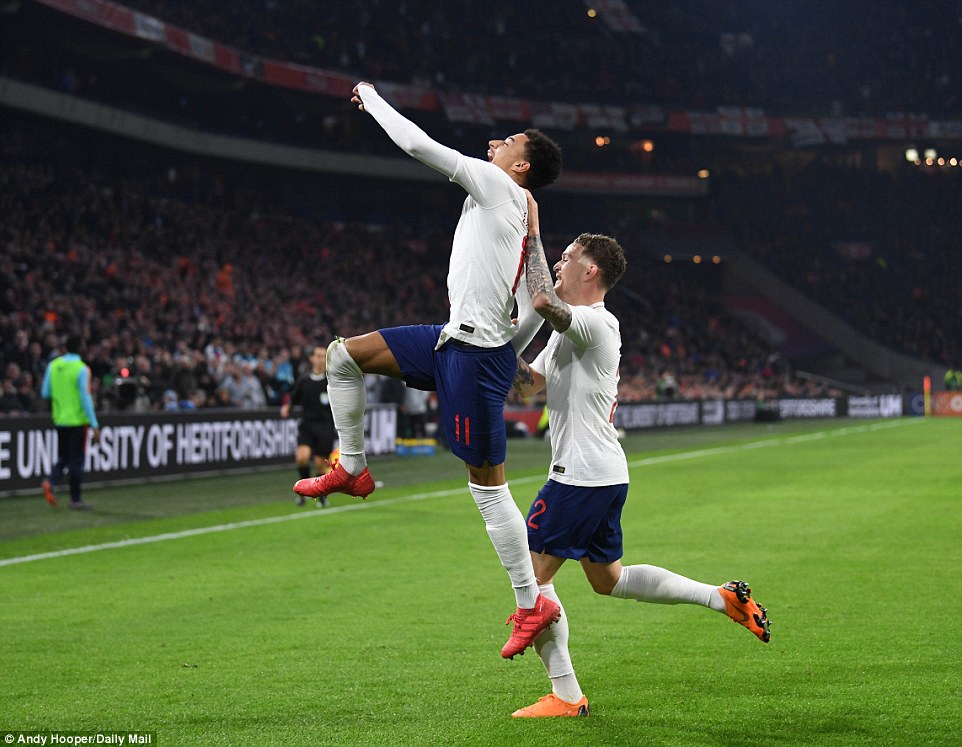 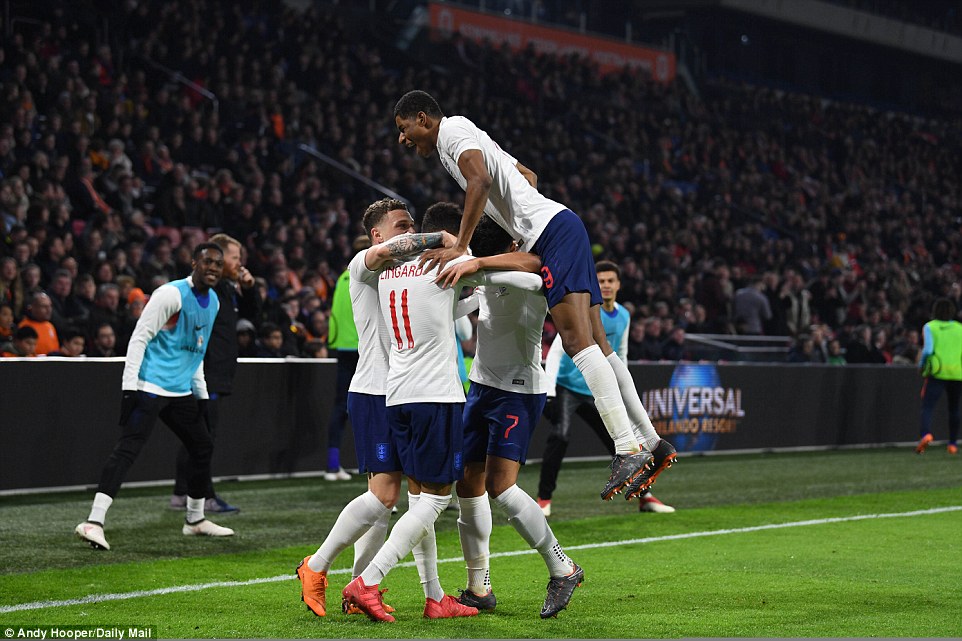 So, yes, it’s fair to say the men in orange are nowhere near the force of old. They have not made it to the World Cup, either, and new coach Ronald Koeman must wonder where those famous production lines of youth talent have gone.

Even so, from an English point of view, this was not a result to be sniffed at and neither was the goal that decided it. Lingard has scored 13 times for Manchester United this season, including a run of 10 sparked with two against Swansea on November 28, and this was another that indicates he has his eye in. It was a good shot: edge of the area, instinctive, accurate – and while goalkeeper Jeroen Zoet could have done better, that should not detract from the quality. Not everyone in Russia will have David de Gea between the posts. There will be plenty over there at Zoet’s level.

That the move was started by a driving run in midfield from Alex Oxlade-Chamberlain shows the energy levels required, the surge through the centre culminating in a Raheem Sterling shot, which struck a defender and rebounded to Lingard’s feet. His reactions were sharp, sharper than Zoet who could not make sufficient ground as it nestled low, in his net.

And, yes, there are plenty of buts and caveats still, but this was a decent win for an experimental England team. Gareth Southgate tried new ideas, with varying degrees of success, but a win is a win against opposition that are normally considered technical superiors. That wasn’t the case on Friday night, although that may say as much about Holland as England.

It is the Dutch who are credited with refining three at the back. Their aim was simple. What is the fewest number of defenders that can be placed on the pitch, and still win the match? The answer: three plus a goalkeeper. England seemed to be coming at the problem from the opposite direction. What’s the largest number of defenders that can be fielded without losing attacking impetus. The answer, five, plus a goalkeeper and Jordan Henderson holding. Indeed, at first, the starting line-up seeming like a winning bet – a wager in which Southgate was dared to start with a team of full backs and cashed in.

*Player Ratings by Sami Mokbel at the Johan Cruyff Arena 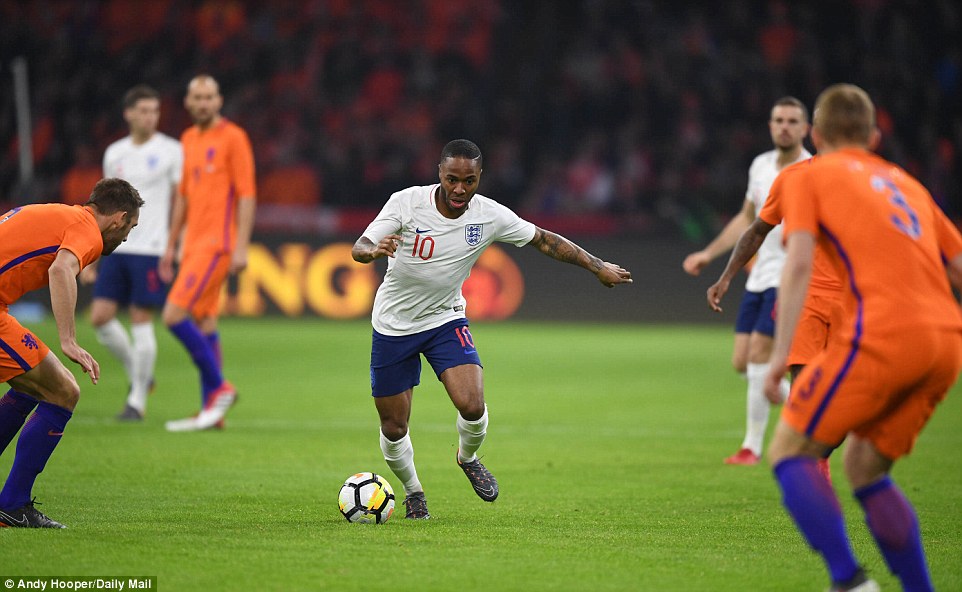 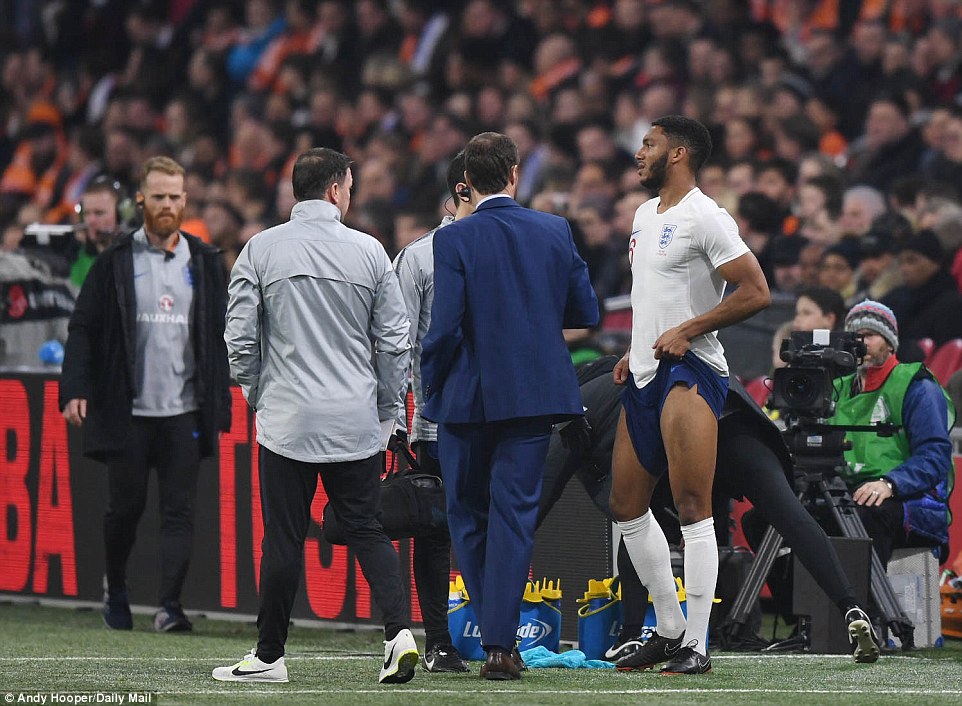 However, England’s team preparations were disrupted early on when Joe Gomez (right) was forced off due to injury 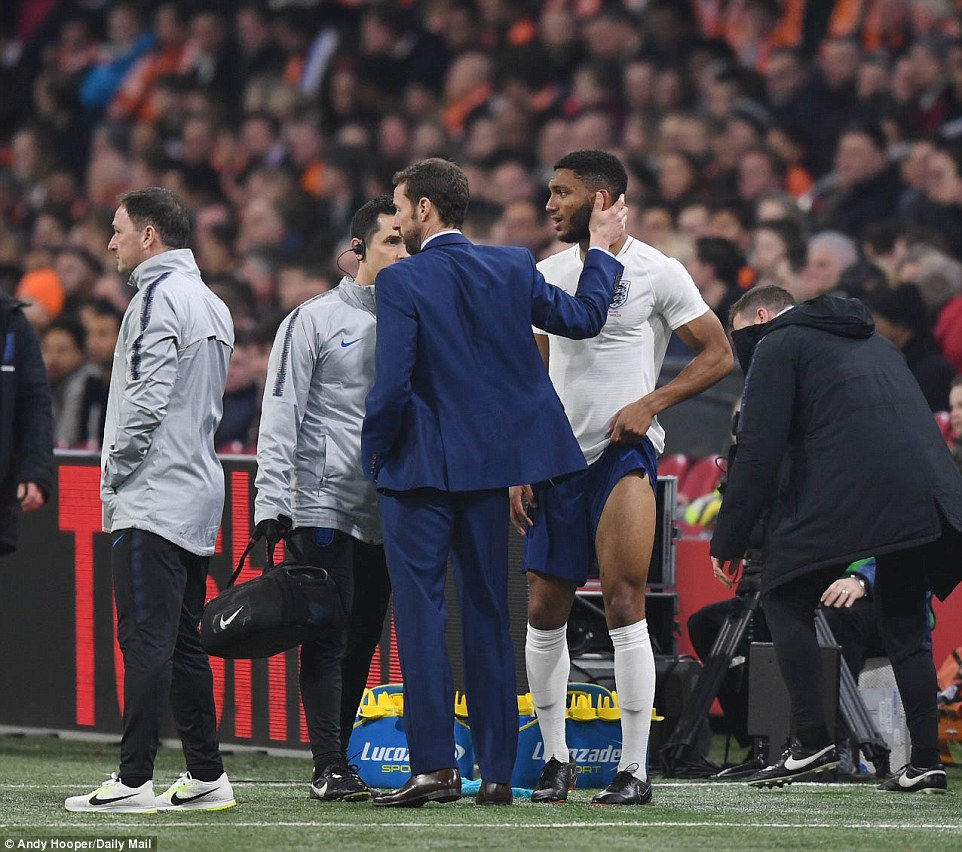 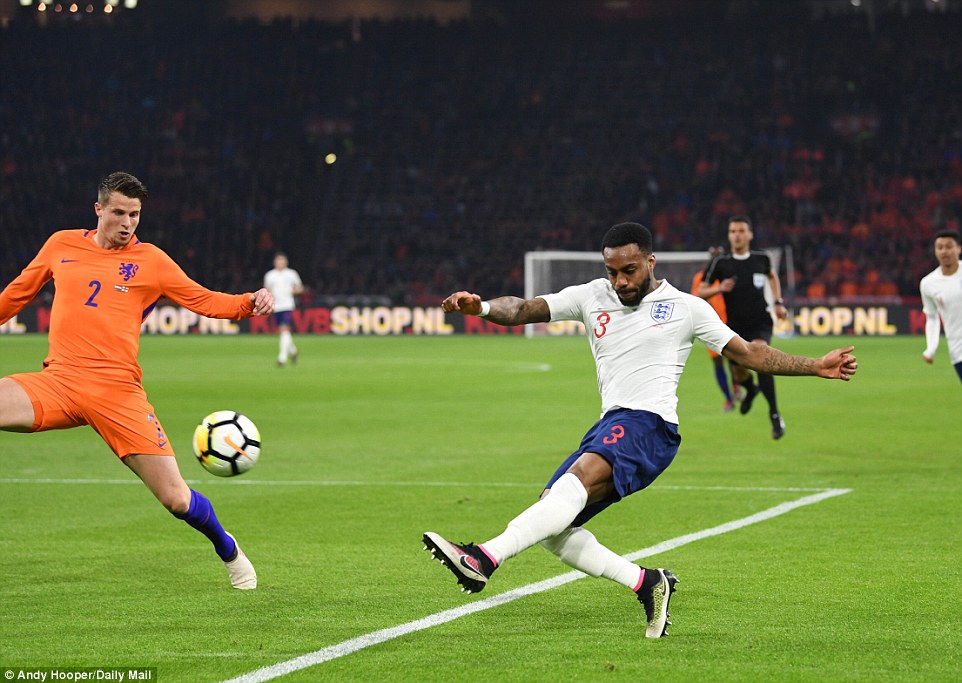 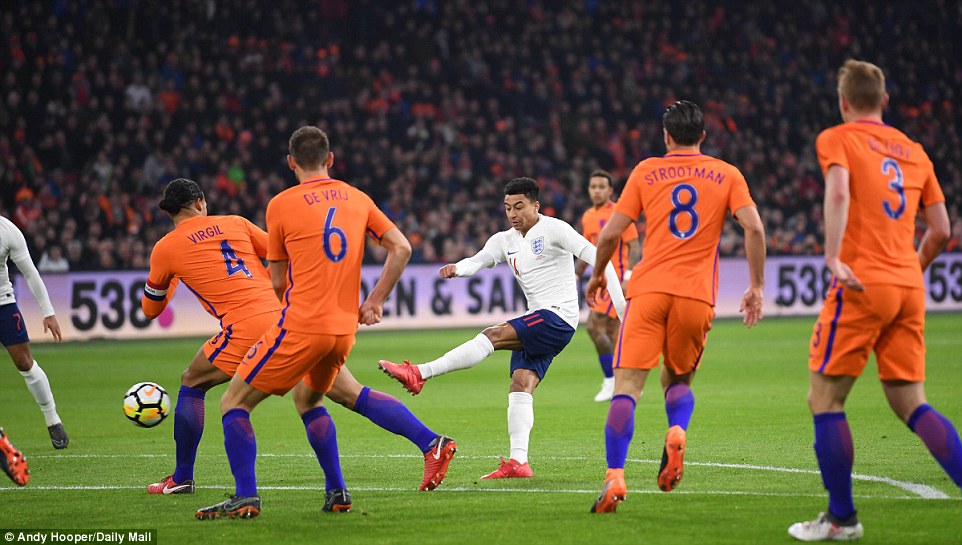 Let’s see: Kieran Tripper, Danny Rose and Kyle Walker are genuine full backs and Joe Gomez usually plays there, when he starts for Liverpool. John Stones started as a full back, while Oxlade-Chamberlain was used as a wing-back by Arsene Wenger at Arsenal, before moving to Liverpool. In addition, Henderson has been utilised in that position, as has Sterling, certainly under Brendan Rodgers at Liverpool, and on rare occasions Lingard, too. That leaves only goalkeeper Jordan Pickford and Marcus Rashford as players who have never been asked to play a full back’s role. Still, give it time.

In Southgate’s defence, though, his gameplan did not produce negative football even if one might have hoped for better service from the flanks in the circumstances. Rose struggled to find his range, but one of the problems seemed to be that those in the middle were mysteriously unaware of Trippier’s greatest attribute – his ability to strike an accurate cross, first time. True, they would not be as familiar with his talent as his Tottenham team-mate Dele Alli or, certainly, Harry Kane – but don’t they have televisions, these guys? It’s hardly been happening in secret at Wembley this season.

Rose, too, gets forward at every opportunity, an eagerness that led him to be strong-armed by Dutch defender Hans Hateboer in the first minute. Rose was down for quite some time, rising with his hackles up, but not fortunately not concussed. No sooner was Rose back on, however, than Gomez was off. He landed awkwardly after an aerial challenge and immediately looked to be in trouble. Harry Maguire arrived in his place, the selection many had wished for when it was first announced England would be playing Liverpool’s reserve right back on the left of central defence. Maguire is young and, like Stones, takes risks on the ball, but it is still good to see an English centre-half that is not scared by possession.

England did reasonably well without greatly threatening Zoet. Lingard played Sterling through after 37 minutes but Zoet was very fast off his line and put in one of those challenges that left no room for doubt. He took the lot, ball, player and anything else in the vicinity. Sterling was momentarily airborne but could have no complaints. There was no decision for Manzano to make. 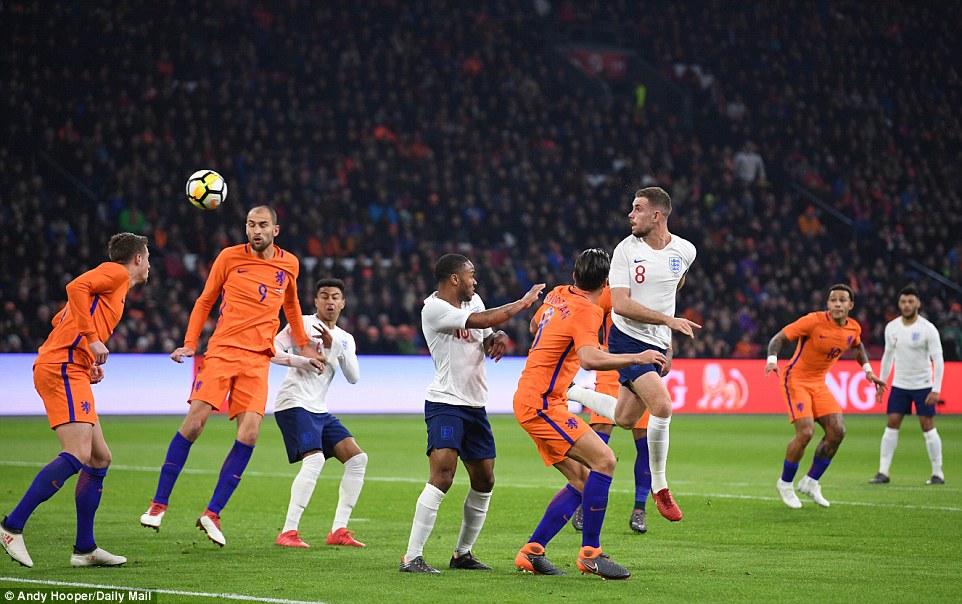 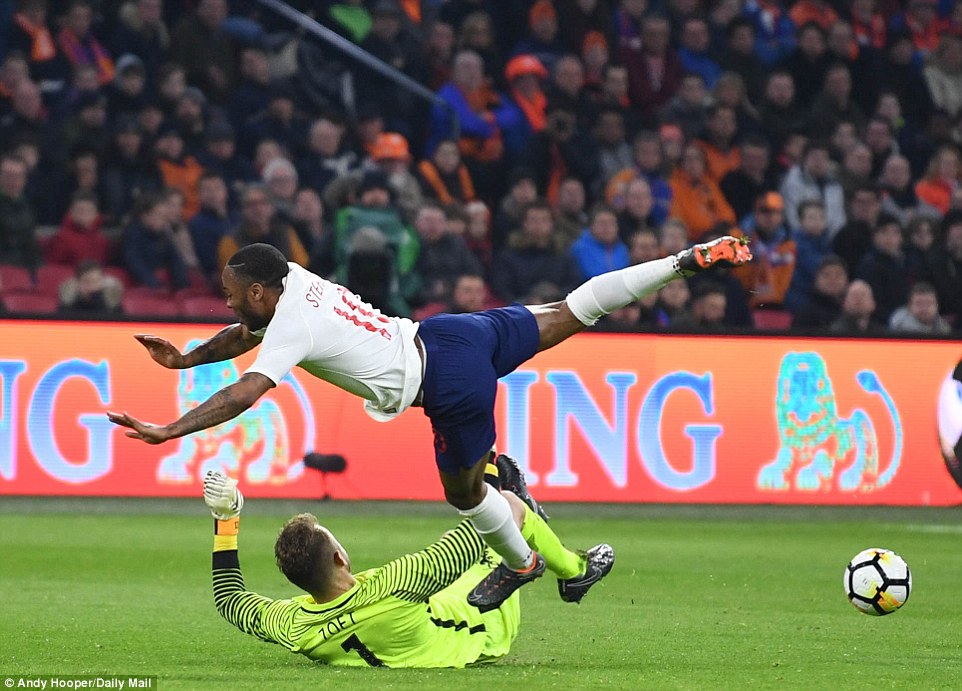 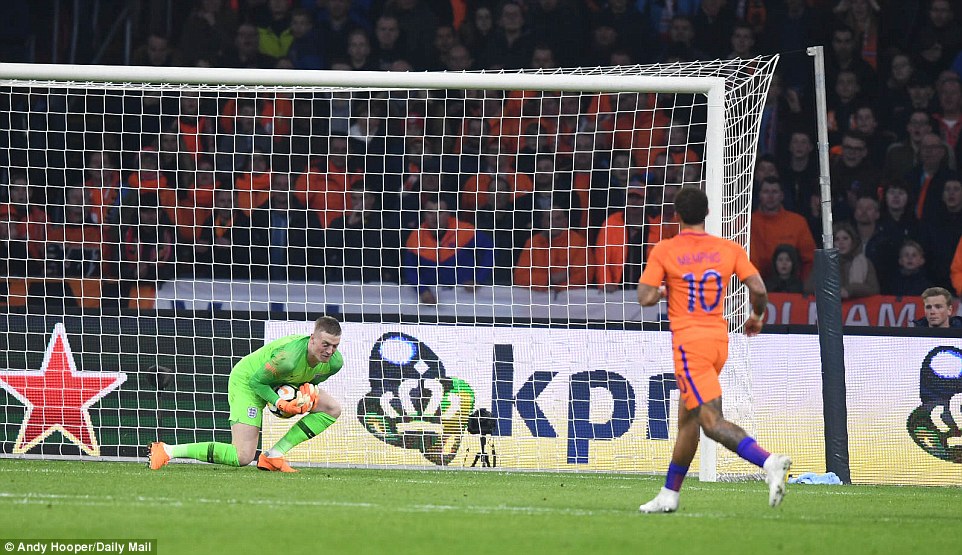 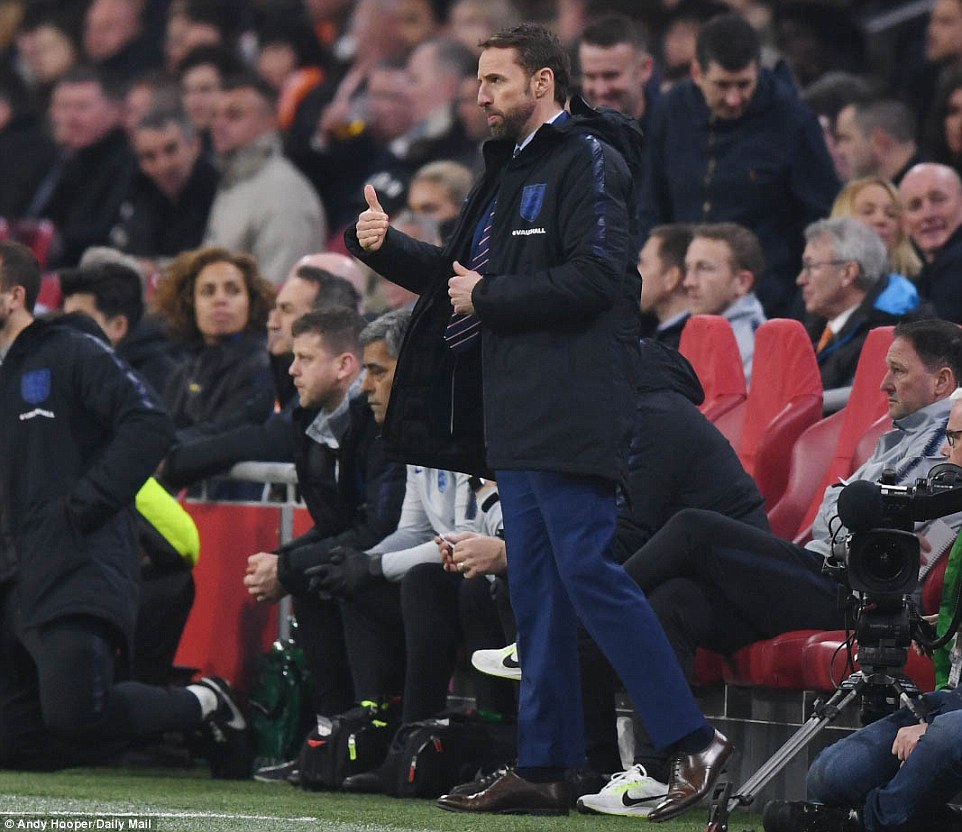 It became obvious why Walker had been moved to a central defensive role in the 32nd minute, when Tripper shuffled across to the left to deliver a free-kick, ahead of Rose. Southgate is plainly trying to find a way to harness the quality of the best crosser of the ball in the country right now, and it almost worked. Trippier’s strike was met at the near post by Henderson and his headed flick was as close as England got in the first-half. It could be quite the weapon in Russia.

Undoubtedly, however, this is an ordinary Dutch team. A nation that once boasted Europe’s — possibly the world’s — most skilful players are by comparison bereft. Their striker, Bas Dost, is a poor man’s Peter Crouch, with less aerial ability and bite. Yet if there was a worry for England it was that, once Holland settled, they caused Southgate’s defence brief periods of trouble.

It took 22 minutes to craft a first, mediocre, shot from Matthijs de Ligt, but after that there were moments of real uncertainty. The defence missed a routine cross four minutes later, forcing Pickford to scramble to save at the feet of Quincy Promes but he was less convincing thereafter. In the 40th minute, he came for a free-kick by Memphis Depay, changed his mind horribly, and was almost caught out by Dost. From the goal-kick, he nearly got caught in possession, complicating an exchange of passes. He’s young, he’ll learn: but it needs to be quick.

England should have had a penalty when De Ligt felled Rashford, but the raft of second-half substitutions as usual killed the game. The fans, even those on the winning side, drifted away early to sample what else Amsterdam has to offer on a Friday night. Some of that stuff is not to be sniffed at, either. 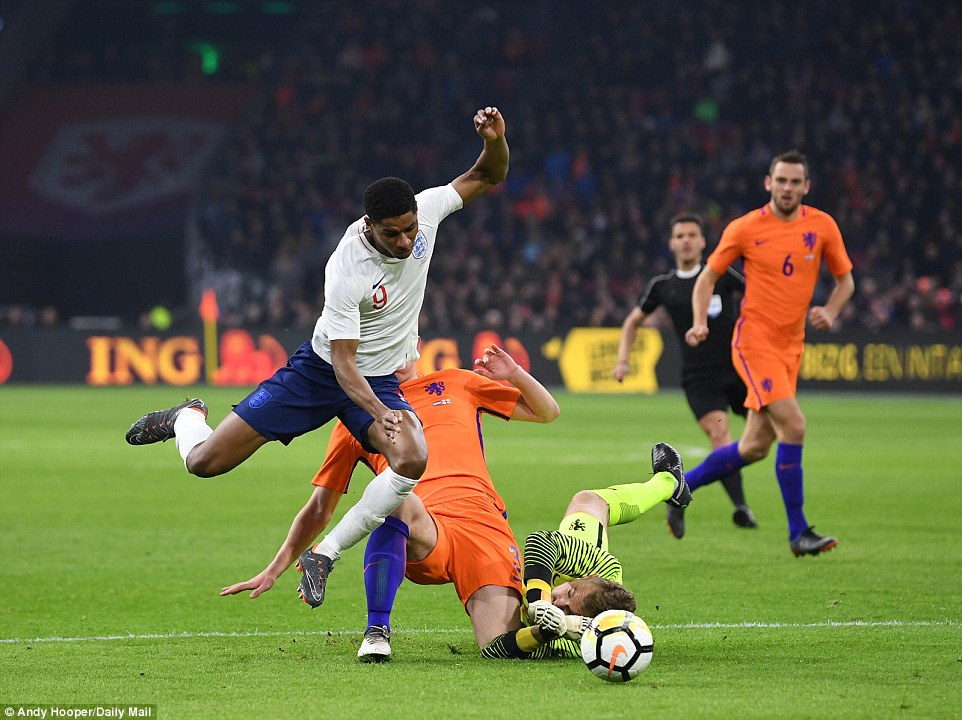 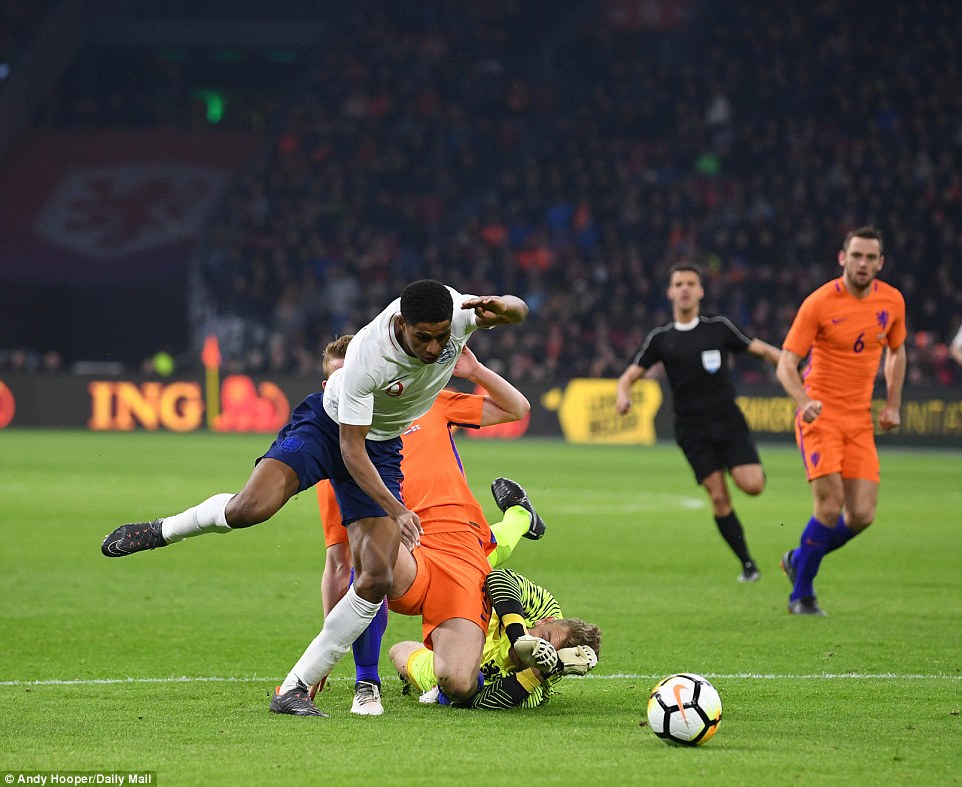