Holly Willoughby flashes her legs in a white gown

Her work wardrobe typically sells out with thousands of daytime viewers watching at home.

And Holly Willoughby’s Dancing On Ice costumes seem to be having the same lust-have effect.

The glamazon send fans into a frenzy on Sunday night, when she slipped into an ice-white gown for the fourth week of ITV’s skating reality show.

Ice, ice baby: Holly Willoughby looked stunning in a floor-length white gown on Sunday night, for the fourth week of Dancing On Ice

The figure-hugging garment, from British designer Sassi Holford, did a stellar job of showing off her slim figure, clinging to her hourglass curves with perfection.

It featured a one shoulder aspect with one long sleeve and teased her slender legs with a slit reaching right up to her left thigh.

Earlier that day, Holly had stuck to her snow-white colour palette, but brightened things up with just a hint of rainbow. 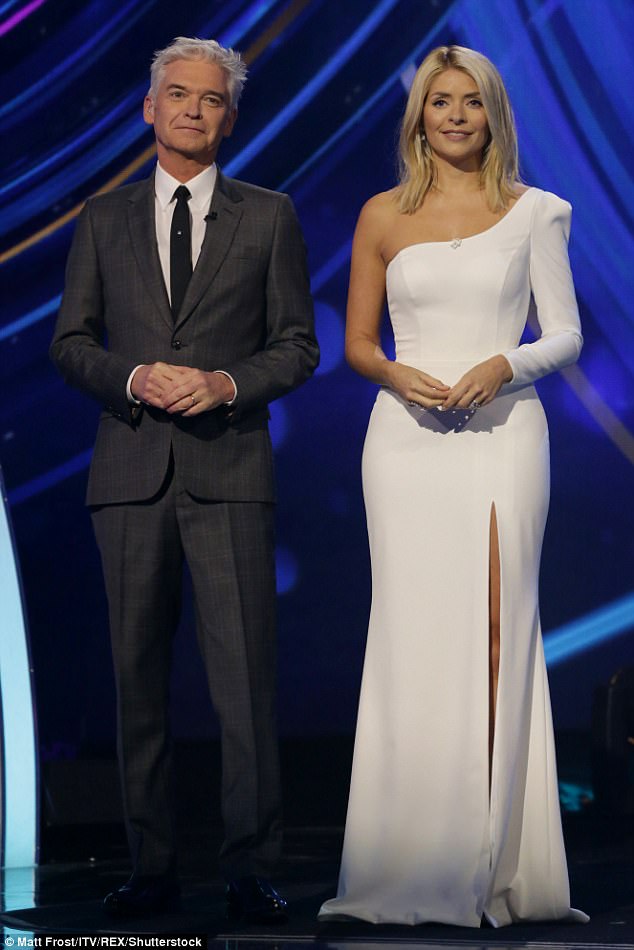 Ice white: Holly looked exquisite in her bright white garment, as she presented beside Phillip Schofield 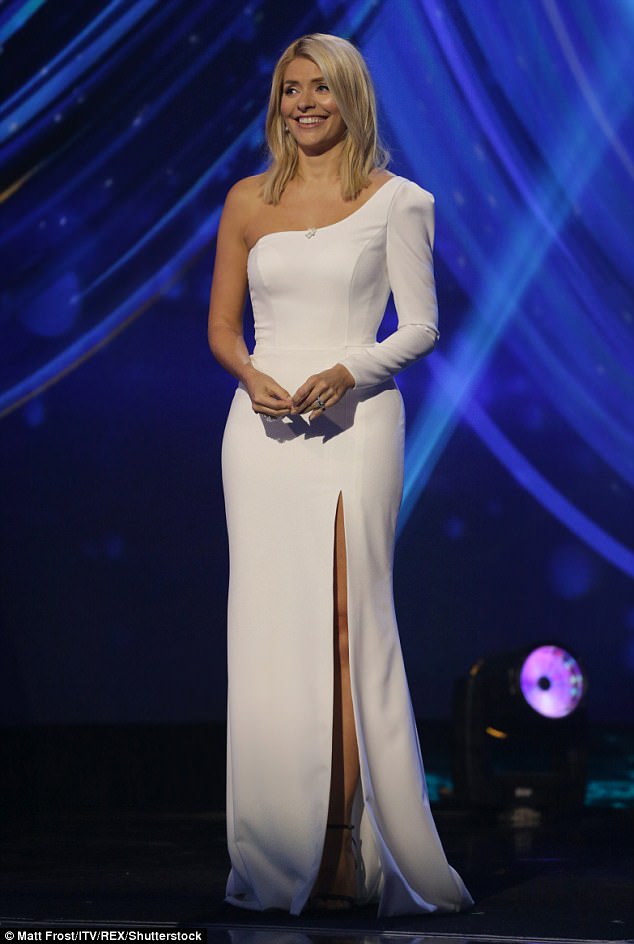 All white on the night: The presenter showed off her incredible curves in the garment

Backstage at rehearsals, the mum-of-three took a more relaxed approach to her outfit posting as she crouched in front of a mirror for a selfie.

She was dressed in a matching white tracksuit, which had a rainbow stripe all the way around her top and bottoms.

‘There is no end to this,’ she said. ‘Loving …. backstage at @dancingonice #rehearsals’ 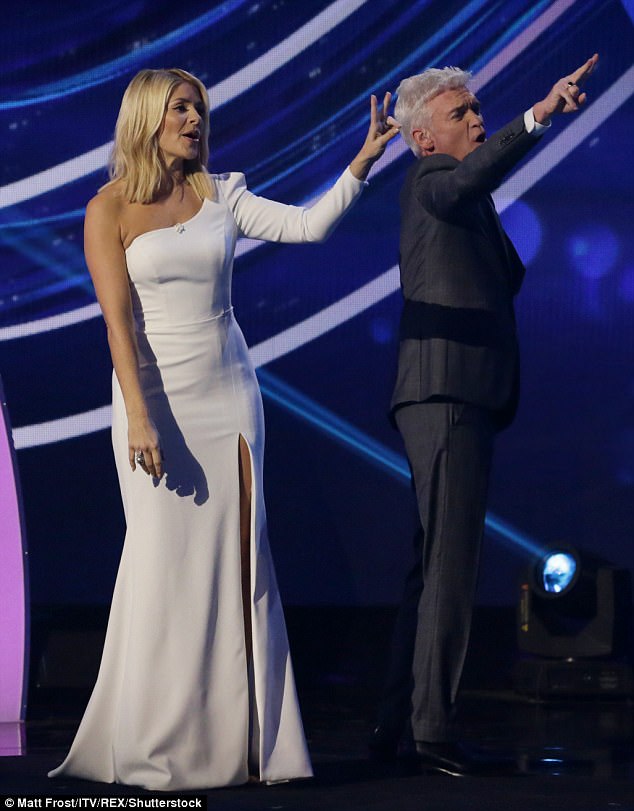 White hot: The cheeky presenters were on top form for the night

But fans of the breakfast TV presenter were quick to point out that the casual cashmere tracksuit was not a cheap choice.

The Madeleine Thompson track pants can be found on Net-a-Porter for £280, while the matching jumper has already sold out at a further £280.

On Thursday, Holly was up to the same tricks as she arrived to present This Morning in a polka dot blouse worth £550.

The Suzannah silk top has failed to sell out, where other high street items have. 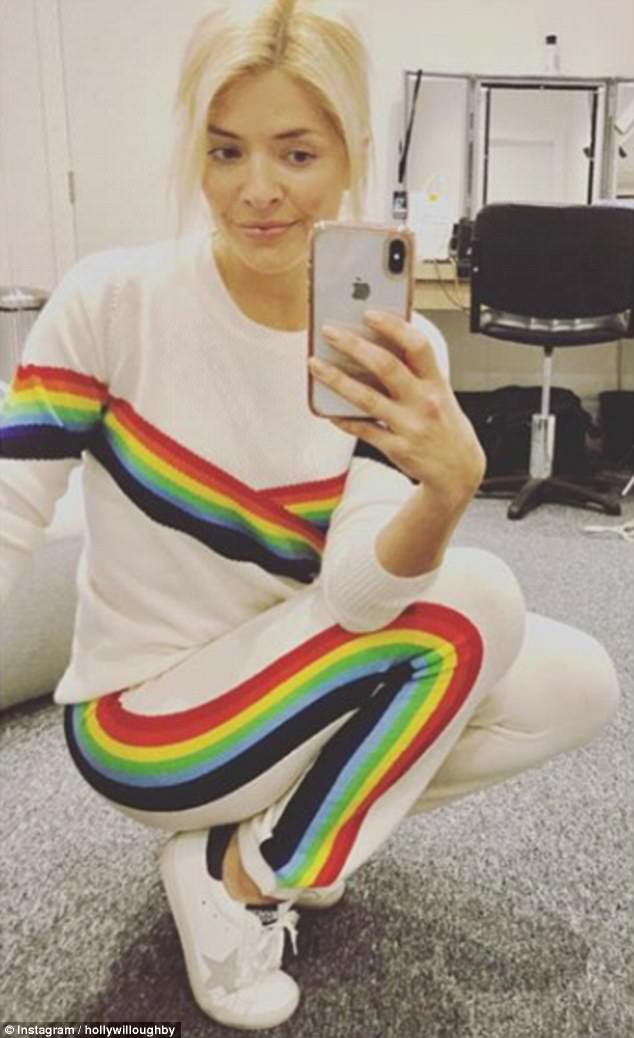 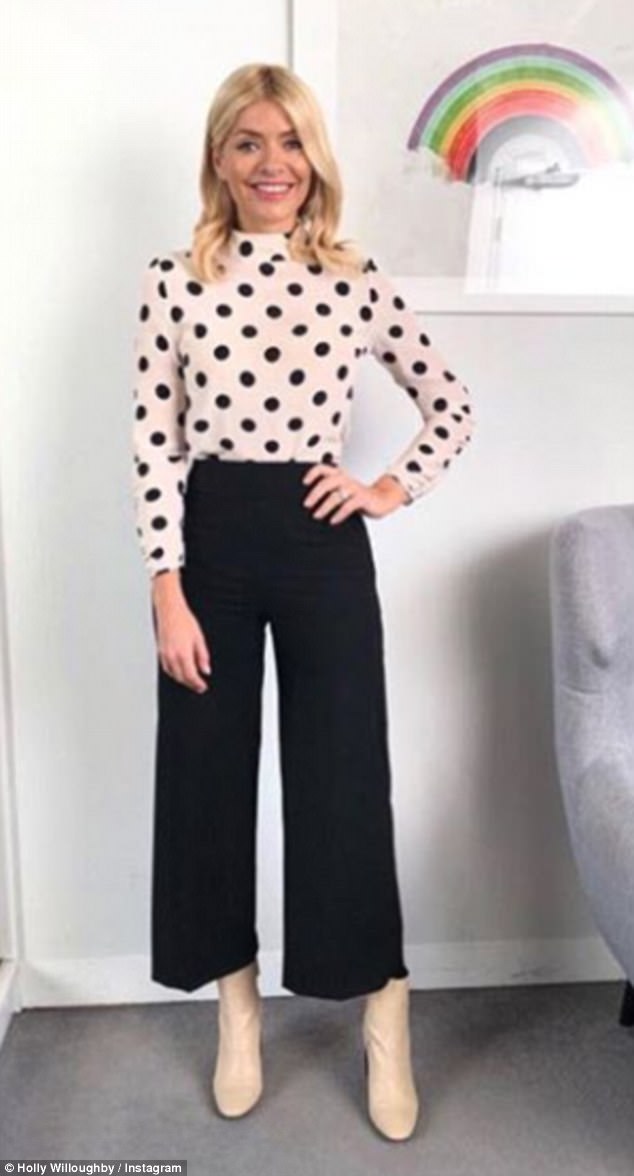 Recovered: After her tender hangover, Holly was back to her fashion best as she took to Instagram to share her daily outfit posts while also confirming to her 3.2million followers he was feeling ‘slightly more human’ after the revelry 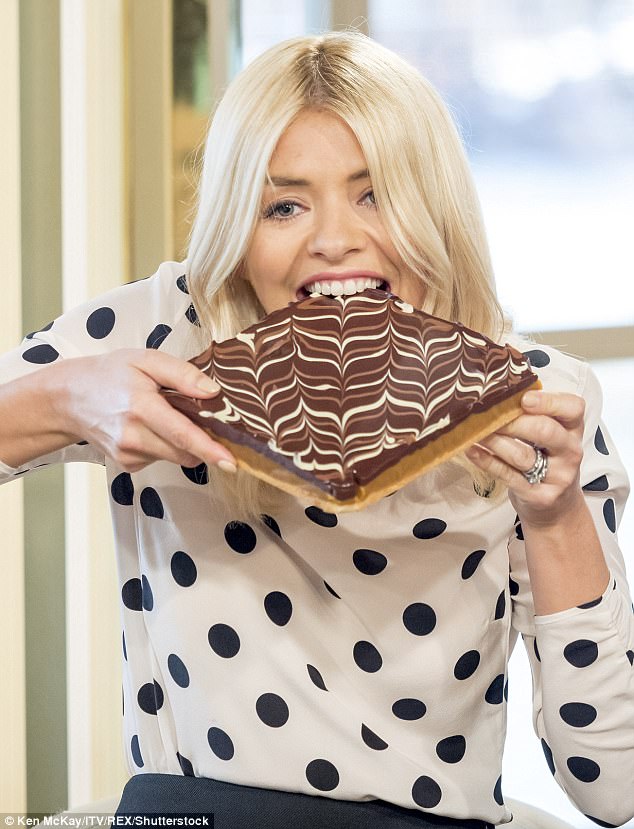 Cheeky! While the 36-year-old made a hilarious appearance the day before when she nursed a NTAs hangover, yet was back to her best on Thursday – although not totally back as she was seen to break her strict diet for a vast slab of Millionaire’s Shortbread