Is the game up for Holly Willoughby’s ITV reality show? Audience members sneak out of live sets early and viewers switch off as a once-impressive start for The Games now starts to stall

We’ve all done it – ditched a TV programme halfway through because the show is a turn off. But audience members at the live broadcast of ITV reality show The Games took it a step further by actually sneaking out of the stadium early on the opening night of the series.

Viewers at home could see spectators queuing up in their droves to leave the Crystal Palace National Sports Centre before filming ended, as stewards tried to usher them back inside until the credits rolled.

But while the contestants and presenters Holly Willoughby, Freddie Flintoff and Alex Scott all appeared to be enjoying themselves, it seems others weren’t having quite so much fun.

One member of the crowd said: ‘Quite a few people just started getting up, even though we were asked to wait until the end.

‘The show was still going on… it wasn’t just a handful, it was noticeable.’

While the opening night attracted an impressive 2.1 million television viewers, the audience subsequently dropped by about 500,000.

It has been suggested this was because the Tuesday edition clashed with a BBC show that Ms Willoughby was also presenting, Freeze The Fear with Wim Hof, which has been running for four weeks. 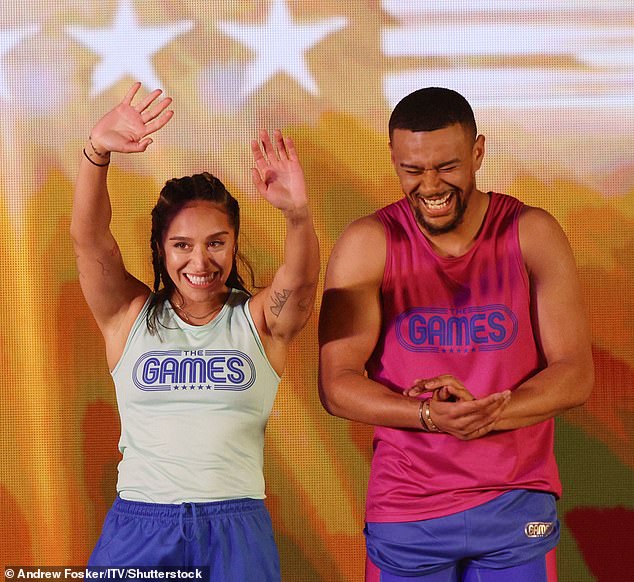 While the contestants and presenters Holly Willoughby, Freddie Flintoff and Alex Scott all appeared to be enjoying themselves, it seems others weren’t having quite so much fun. Pictured: Champions Chelcee Grimes and Wes Nelson

The Games returned to television screens 16 years since it was axed by Channel 4 after four series.

Despite falling ratings throughout the week ITV bosses are expected to bring the show back again next year, although it received mixed reviews from viewers.

One wrote on Twitter: ‘ITV The Games. I need a medal for enduring an hour of that. Can’t take any more.’ 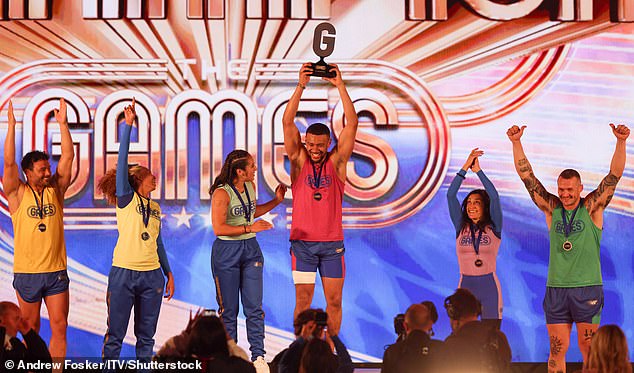 Despite falling ratings throughout the week ITV bosses are expected to bring the show back again next year, although it received mixed reviews from viewers

Another posted: ‘I think it’s safe to say I’d rather stick hot rods of iron in my eyes than watch The Games on ITV!’

Meanwhile, another unimpressed viewer remarked: ‘The Games on ITV is really inspiring stuff. Just imitated the hurdles to drop-kick my telly out the window!’

However, it did win some of its audience over. One fan said: ‘#thegames The games was brilliant @ITV – bring it back next year!!! Please.’