A celebrity astrologer has predicted what the upcoming Chinese New Year will bring for different people in 2020, according to when you were born under the Chinese zodiac.

Chinese New Year 2020 falls on Saturday January 25th, heralding the start of the Year of the Rat, the first animal of the zodiac, which is believed to symbolise new beginnings, wealth and prosperity in Chinese culture.

Based on a 12-year animal cycle, the Chinese calendar begins with the Rat, followed by the Ox, Tiger, Rabbit, Dragon, Snake, Horse, Sheep, Monkey, Dog and Pig.

Chinese astrology teaches that each animalistic year affects the character traits of people born within it, just as Western astrology links personality to star signs.

Hollywood Zodiac expert Nicolas Aujula studied the calendar to determine what the coming 12 months will bring, telling Daily Mail Australia what to expect, from progression at work and salary increases to family disputes and the breakdown of relationships.

Professional success and financial gain look likely for those born under the Ox or Monkey.

Unexpected opportunities and sudden changes, both positive and negative, are on the cards for people born under the Dog, while true romance and new additions to the family are strong possibilities for the Goat and Rabbit.

But conflict, debt and emotional challenges loom on the horizon for anyone born under the Horse, Snake or Rooster. 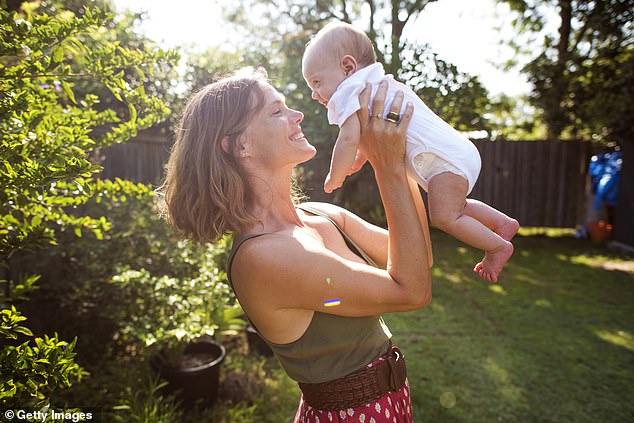 Success, prosperity and financial gain are the pillars of 2020 for the Rat, as a new cycles begins, bringing with it opportunities to achieve long term goals and professional projects.

People born in the Year of the Rat can expect progression at work, with promotions, salary increases and mentoring from bosses and peers in 2020.

Anticipate an equally busy social calendar, with lots of exciting events and lucrative networking opportunities forecast for the year ahead.

Hard work, focus and determination will bring major career success to the Ox in 2020, according to Nicolas.

‘Learning and developing new skills, accepting increased responsibility and putting in extra hours at your desk will lead to greater professional prospects,’ he said.

June and October look to be significant for career advancement, but avoid putting too much emphasis on work at the expense of your social life.

‘Spend time with family and ensure you balance life with fun and social moments. Financial luck is on your side this year, meaning you can accumulate, save and make big item purchases,’ he said.

Friends will show their true colours over the next 12 months, so be sure to return favours when they are given and devote time and energy to the ones you love.

Tigers may be inclined to take on more than they can handle this year, trying to juggle so many projects at once, they over-promise on what they can deliver.

‘It’s best to be realistic at what you can achieve, otherwise there will be disappointments and dashed goals ahead,’ Nicolas advised.

Impatience and impulsive reactions could create tension with colleagues and bosses, so learn to see other people’s points of view as well as your own.

Creativity is key this year, while unexpected travel opportunities will appear out of the blue.

‘Embrace and enjoy the adventure – it will be a worthwhile journey of self-discovery,’ he said.

ANIMALS OF THE CHINESE ZODIAC

The Chinese Zodiac – also known as Sheng Xiao – is based on a 12-year cycle, with each year related to an animal sign.

Chinese astrology teaches that each animalistic year affects the character of people born within it, in the same way Western astrology links personality to star signs.

New friends and lovers characterise 2020 for the Rabbit, who may struggle to keep up with a hectic calendar of events.

‘Expect to attend lots of parties and gatherings filled with fun and laughter. Be more social and expect every invitation that you can,’ said Nicolas.

A chance encounter could lead you to your soul mate this year, proving to be a love that lasts, so keep your heart open – you might be surprised who you’re attracted to.

But personal finance could be less successful, as it becomes increasingly difficult to save and curb spending in 2020.

‘There can be ups and downs in your career that can lead to money worries. Seek new employment if your current position is making you unhappy,’ he said.

Fulfilling dreams is the overarching message for the Dragon in 2020, as projects progress after months of languishing on the back burner due to delays and disappointments.

‘You have the energy and wisdom now to go back to the drawing board to take action to get back on track – this is the year to make it happen!’ said Nicolas.

Use your magnetic personality and communication skills to draw people and resources and make your ambitions a reality.

‘Market yourself in every conversation and be your own publicist – tell the world what you can do,’ he said.

This year will be a prosperous and satisfying one for the Dragon if you make shrewd, practical decisions. 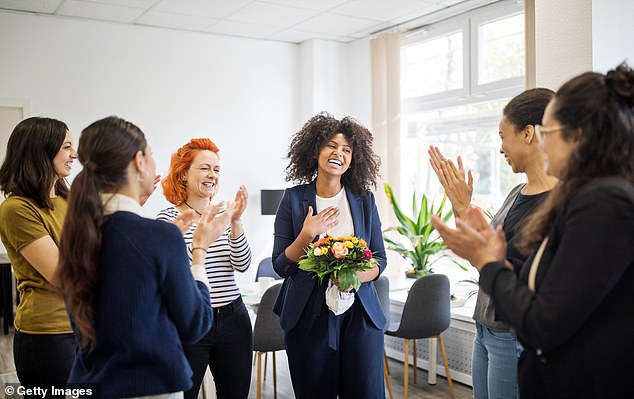 People born in the Year of the Rat can expect progression at work, with promotions, salary increases and mentoring from bosses and peers in 2020 (stock image)

Health, fitness and mindfulness look set to dominate 2020 for the Snake, who should adopt a new regime to achieve a better body, clearer mind and calmer approach to stressful situations.

Mounting debt and over-spending is a dangerous possibility this year, so keep careful track of your finances to avoid major mismanagement.

‘Be cautious and think twice before making big purchases, as well as learning to cut excess,’ said Nicolas.

Being more flexible with work colleagues will create a more harmonious professional life this year.

2020 could be a restless and demanding year for the Horse, as family conflicts and career challenges loom large on the horizon.

‘Hard work is required and you won’t always be recognised for your efforts,’ Nicolas warned.

‘Have patience and try to work through issues rather than avoid them. When you are prepared, there won’t be any major setbacks so planning ahead for 2020 is the key to great success.’

Avoid isolating yourself from friends and opportunities for romance by making an effort to join a new sports club and accept invitations to social events.

‘Expressing yourself is important this year – don’t bottle up feelings. Be open and clear with those close to you,’ he said. 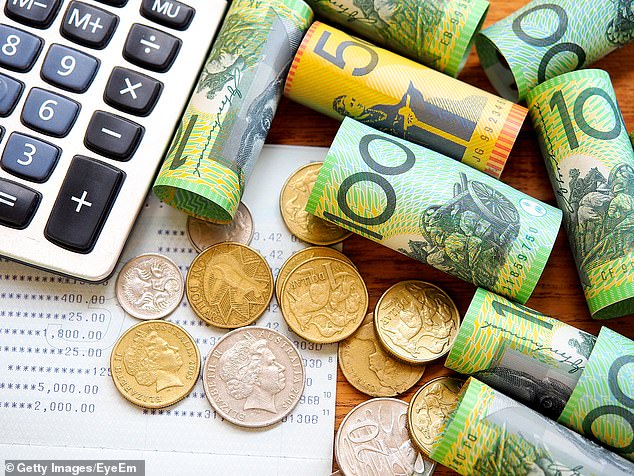 Mounting debt and over-spending is a dangerous possibility for anyone born under the Year of the Snake, so keep careful track of your finances to avoid major mismanagement (stock image)

Personal and professional accomplishment The New Year will bring great success and accomplishment to the Goat, who can finally reap the benefits of long-term past efforts.

Things look equally promising on the romantic front, according to Nicolas, who believes there is a strong chance you will meet your perfect match in a very unexpected situation in 2020.

A change of home or a major renovation is also on the cards, and Nicolas predicts an addition to the family in the form of a much-wanted baby.

The Monkey will be noticed and appreciated by peers and bosses in 2020, so expect to be in the spotlight and discover a sense of achievement as you reach new levels of success.

‘New ideas and projects stand under a lucky star as they move ahead with great speed and enthusiasm,’ said Nicolas.

‘Be proactive in all you do – your efforts will pay great dividends.’

Keep a diary to record ideas and work hard to further your knowledge to enjoy a profitable, fortunate year.

Nicolas also predicts a period of emotional turmoil over the coming months, so be open and honest with your feelings to avoid harbouring bitterness and resentment about issues you haven’t addressed. 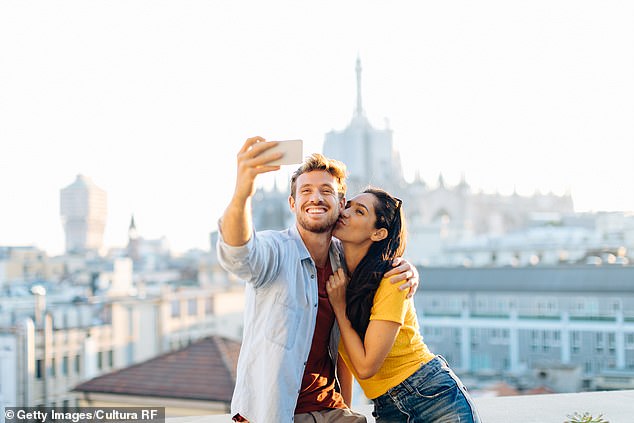 People born under the Year of the Goat have a strong chance of meeting their soulmate in an unlikely situation in 2020, according to Nicolas (stock image)

The Rooster could have a remarkably productive year in 2020, but only if a clear plan is laid from the outset – otherwise, a lack of focus is certain to lead to frustration and disappointment.

‘It can be hard to change jobs, so you’re best advised to stick to what you know best if you’re not absolutely certain,’ Nicolas advised.

Personal finances require careful budgeting, so plan effectively, avoid excessive spending and prepare for any surprise outgoings that will arise.

Social calendars look busy and exciting, with plenty of opportunities to meet interesting individuals from different professions and backgrounds, but time spent at home could bring more happiness than even the most glittering of parties.

‘You will find joy in retreating to the comfort of your home to spend time with family and friends, as entertaining others bring you great pleasure.’

Sudden changes and unexpected opportunities like job offers, last minute travel plans and interesting offers from old friends will come out of the woodwork for the Dog in 2020, with surprises and spontaneity characterising the year ahead.

‘Rather than make long term plans, it’s best to take life day by day, adjusting accordingly to what is presented by the universe,’ said Nicolas.

Personal finances will flourish with careful investment and serious saving, putting a much-wanted new home or car within reach.

Romantic commitments could deepen, with partners moving in and even an engagement on the cards. 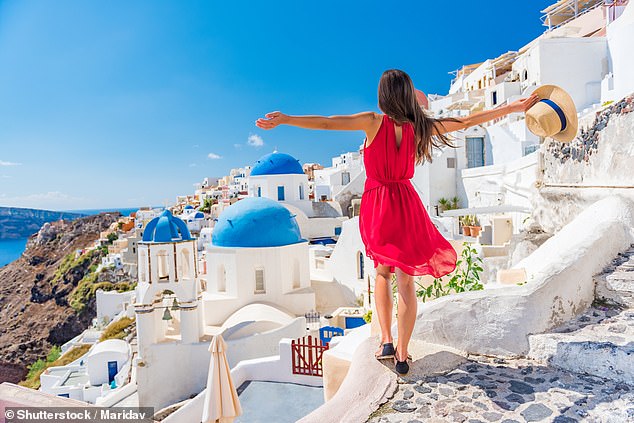 Unexpected opportunities like job offers and last minute travel plans will come out of the woodwork for Dogs in 2020, with surprises and spontaneity characterising the year ahead (stock image)

This year marks the start of a new and potentially difficult chapter for the Pig, who usually struggles to embrace change.

Take a leap to grasp promotions, leave behind toxic friendships and end unhappy relationships, to start the year with renewed purpose.

‘Making plans is key to creating the life you want to live over the coming years. If you’re willing to embrace change, this will be a very successful time,’ said Nicolas.

‘Don’t bury your head in the sand – face the facts and act,’ he said.

‘Be selective with who you surround yourself with as often, as you’re inclined to give more than you receive. Focus on achieving balance in friendships and relationships.’