Home and Away actress’ sister dies after horror car crash

The younger sister of Home and Away actress Jessica Falkholt has died, three days after a horror car crash which also claimed the lives of her parents.

Annabelle Falkholt was pulled from the wreckage of her family car alive but died in the Intensive Care Unit at Liverpool Hospital, in Sydney, on Friday afternoon.

The 21-year-old childcare worker was travelling home from Christmas celebrations with her actress sister and parents when their car was involved in a head-on crash.

Ms Falkholt’s parents Lars, 69, and Vivian, 60, were killed instantly in the crash. The driver of the other vehicle, Craig Anthony Whitall, 50, also died in the inferno.

Annabelle Falkholt (pictured), the younger sister of Home and Away actress Jessica, has died three days after a horror Boxing Day car crash which also claimed the lives of her parents 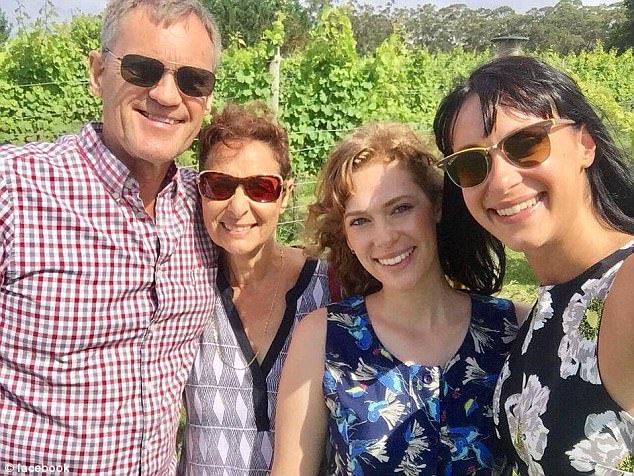 The shocking accident took the lives of Ms Falkholt’s parents Lars, 69, (far left) and Vivian, 60, (left), and left her (far right) and her sister Annabelle, 21, (right) fighting for life. The family-of-four is pictured smiling on Christmas Day, less than 24 hours before the Boxing Day collision

‘Annabelle worked at a centre in Lilyfield and some of her work colleagues came in here to see her yesterday,’ she said.

‘She worked with young babies and she was very nurturing. She was very caring and she just loved children… she is such a kind girl.’

Her sister, an actress, best known for her role on Home and Away, underwent surgery on a broken arm and internal injuries at St George Hospital on Thursday.

She is still unconscious and in a critical condition in ICU, while there is no change to the condition of her younger sister who is at Liverpool Hospital.

A relative told Daily Mail Australia the two girls had been surrounded by family in the days since the accident, as loved ones spend times moving between both hospitals.

‘It’s difficult being in two hospitals and trying to go and see the two of them, so we’re splitting it,’ the family member said.

‘All of Lars’ family is in Sweden so we’re trying to keep all of them updated – Vivian is Italian, but most of her family is here in Sydney.’

After getting her start on Home and Away and with a movie release just around the corner, 2018 was due to be Jessica’s break out year. 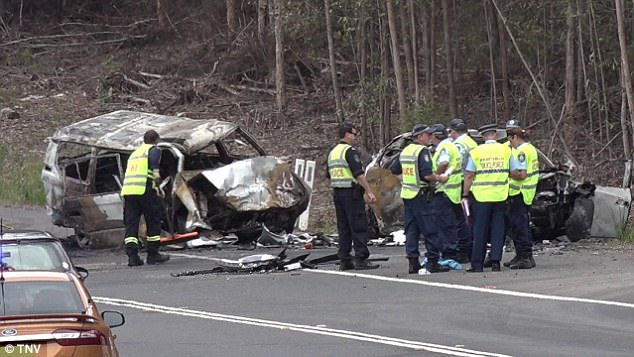 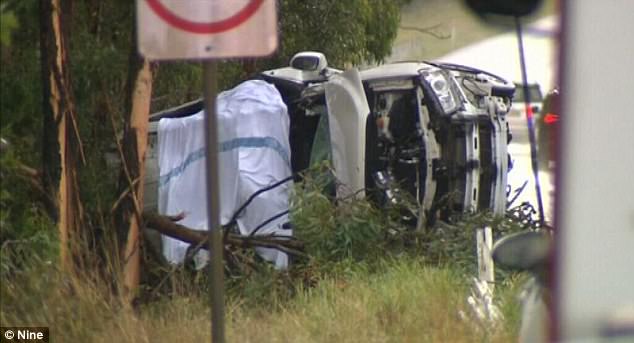 The sisters were injured in a horrific Boxing Day crash which killed their parents, Lars Falkholt, 69, and Vivian, 60. They were identified with dental records after being burned in the aftermath of the crash

‘Next year is going to be her big break, so we’re all excited for her because we just wanted her new movie Harmony movie to come out,’ the family member said.

It comes as Daily Mail Australia revealed the family-of-four had sent a smiling family portrait of themselves to loved ones on Christmas Day, less than 24 hours before the crash.

A devastated relative of the family revealed she received a text message from Vivian on Christmas Day and said the Falkholt’s were in good spirits.

‘Vivian texted me saying: “We’re having a great day, hope you are too”,’ their relative said.

‘I replied saying, “When are you guys coming back?” and she said they were coming back tomorrow (Boxing Day).’

Jessica – known for playing ‘Hope Morrison’ on Home and Away – underwent surgery at St George Hospital on Thursday and is currently in a stable condition, but remains in a coma.

‘Jessica just came out of a major operation and that went well,’ the relative said. 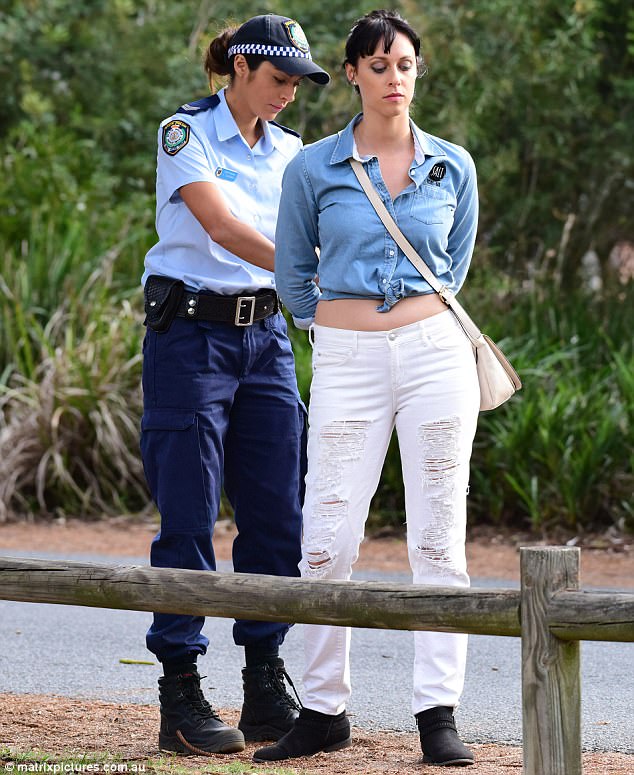 Pictured: Jessica’s character on Home and Away being arrested by fellow actress Pia MIller 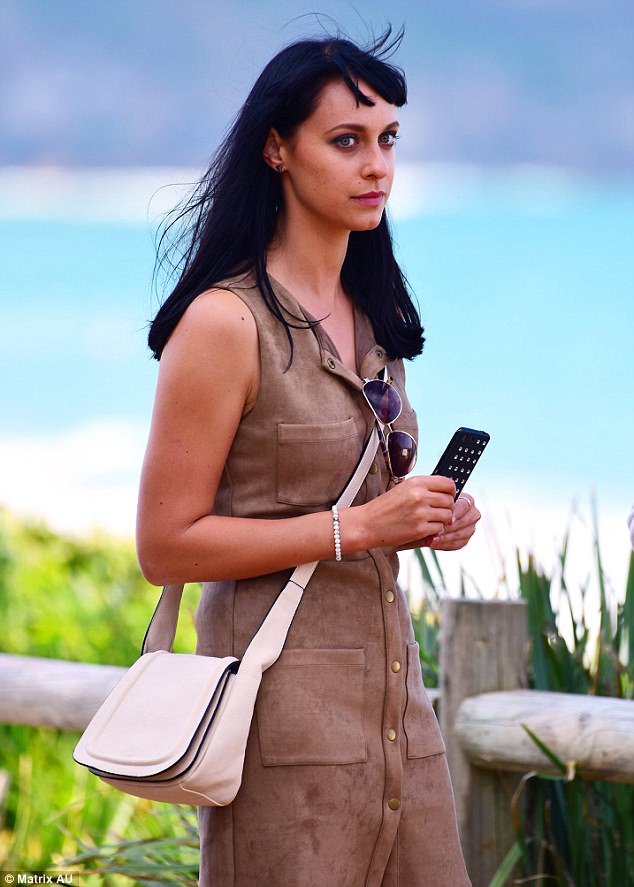 ‘The quick update is the op went better than expected. They were doing work on her arm and internal injuries, they were the main parts.’

The relative said there had been no update to the condition of Annabelle, who is also still in a coma at Liverpool Hospital.

Family members are spending time by the bedsides of both girls, neither of who are aware their parents are dead.

The driver of the other car Craig Anthony Whitall also died in the horrific crash.

According to The Daily Telegraph he was previously jailed for driving disqualified and had a history of drug use.

Mr Whitall was reportedly driving home from a methadone clinic at the time of the tragic accident. 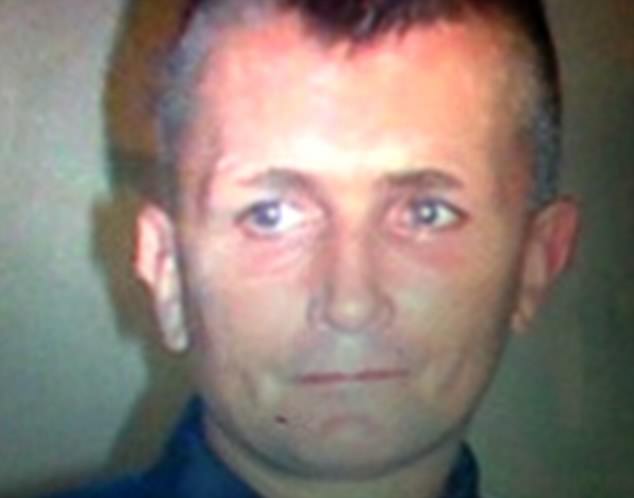 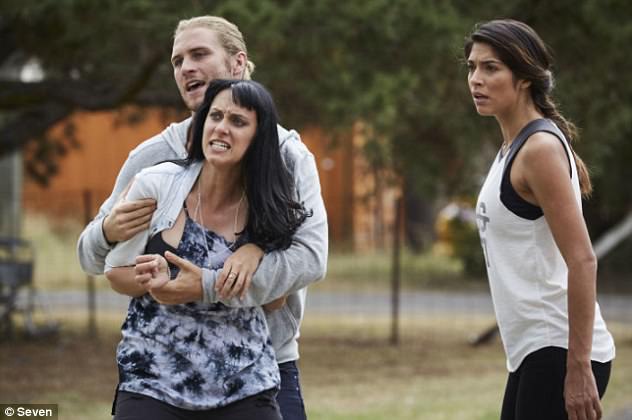 Jessica appeared as Hope Morrison (centre) on Home and Away in 2016, on Underbelly: Badness, and in stage plays 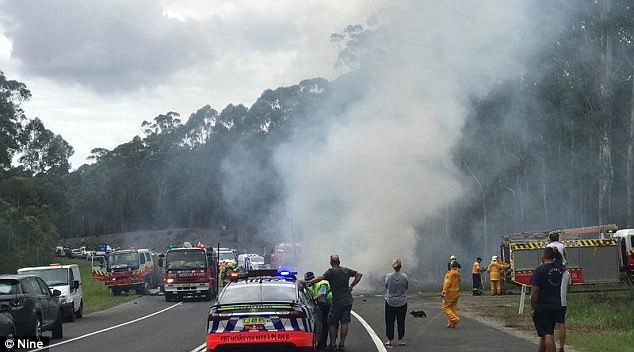 Police said the crash was caused by one car being on the wrong side of the road. It is believed to be a Toyota Prado driven by Craig Anthony Whitall, 50, who also died at the scene

Witness told police they saw Mr Whitall’s white Toyota Prado cross the centre line of the road twice before it crashed head-on into the Falkholt’s Mazda.

Mr Whitall had been charged with more than 60 offences by police before his death.

The coronial investigation into the crash will focus on whether Mr Whitall was under the influence of drugs during the crash.

Mr Whitall’s family also released a statement saying that their ‘hearts were broken’ after his death.