Beloved Home and Away cast members Sophie Dillman and Patrick O’Connor appear to have left Summer Bay for good.

A new group photo posted by Home and Away actress Lynne McGranger teasing next season does not include the couple.

Beloved Home and Away cast members Sophie Dillman and Patrick O’Connor appear to have left Summer Bay for good. A new group photo posted by Home and Away actress Lynne McGranger on her Instagram teasing next season does not include the couple (pictured)

Lynne, who plays Irene on the Channel Seven show, told fans on her Instagram that the loved-up pair filmed their last scenes in August.

The veteran actress was responding to comments on her share from keen-eyed followers who spotted that Sophie and Patrick were ‘missing’ from the cast photo.

Sharing the pic in her stories on Monday, Lynne can be seen posing with the show’s regulars and newcomer Kyle Shilling, who will be playing Mali Hudson when the series resumes on January 9. 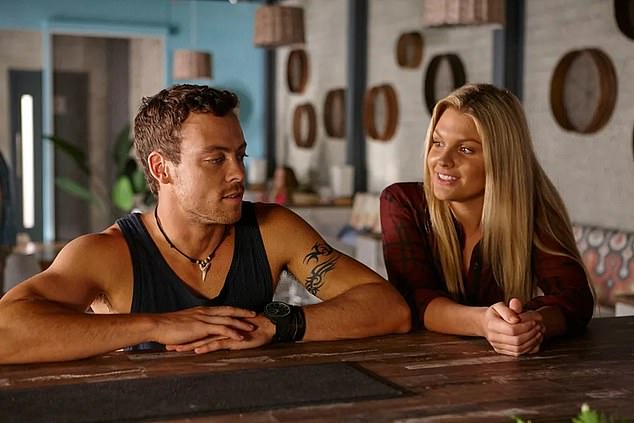 Sophie and her boyfriend Patrick play Dean Thompson and Ziggy Astoni on-screen and also enjoy an off-screen romance Pictured: The couple sharing a scene in Home and Away

When a follower suggested that Patrick and Sophie filmed their ‘final scenes’ in September, Lynne set the record straight: ‘July, August,’ she wrote simply, and signed the comment with a kiss.

‘Heartbroken that Dean and Ziggy have left,’ wrote one, while another added: ‘Home and Away…[won’t] be the same without them.’

One fan singled out Patrick’s character for being the most genuiune.

‘I think Dean is one of the most relatable characters…gutted,’ they gushed.

Channel Seven has yet to confirm the news of Sophie and Patrick depature. 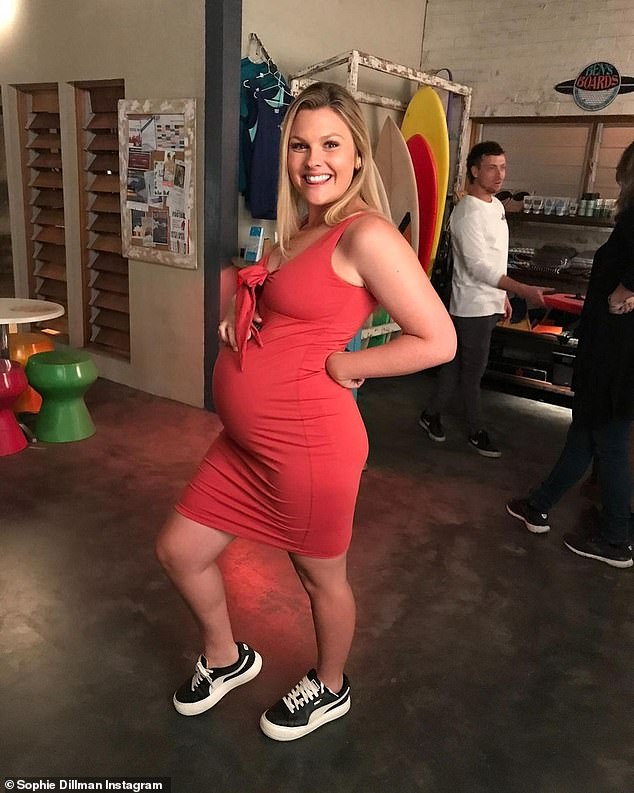 Sophie’s character Ziggy is currently pregnant on the much loved soap. The actress shows off her ‘baby bump’ costume on her social media

Meanwhile, Home and Away has welcomed Kyle Shilling as cast regular.

The Indigenous rapper and hip-hop artist, 28, made the announcement via his Instagram on earlier this month – revealing he is playing the character of Mali Hudson.

‘It’s official ladies and gentlemen. Stoked to be apart of the amazing family/team of @homeandaway,’ he wrote.

‘It’s been nothing but an absolute privilege to work with everyone involved. Can’t wait for you all to see the story of “Mali Hudson.”‘

‘BIG THANKYOU TO EVERYONE WHO HAS CONTINUED TO SUPPORT ME,’ he added.

Kyle’s character will turn up to Summer Bay with a close link to one of the soapie’s favourite stars. 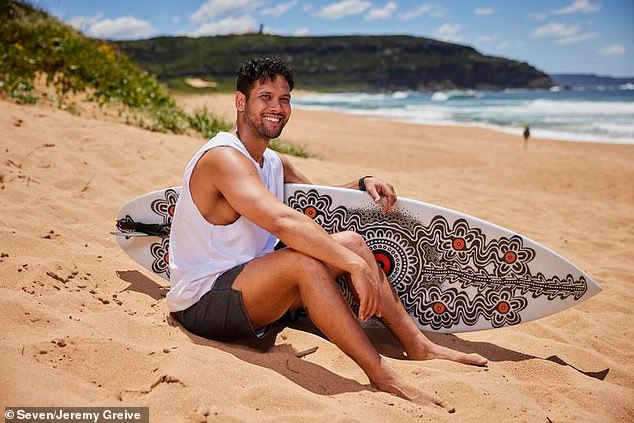 Home and Away recently welcomed Kyle Shilling as a cast regular. The Indigenous rapper, 28 (pictured) made the announcement via his Instagram on earlier this month – revealing he is playing the character of Mali Hudson