Home and Away: Rob Kipa-Williams complains about the writing for his character

He made his debut on Channel Seven’s Home and Away last year.

But it appears actor Rob Kipa-Williams isn’t happy with the storyline for his character Ari Parata.

The New Zealand actor complained on Instagram last month about the writing for his character, saying Ari had become less ‘rugged’ since his debut.

Drama: Home and Away actor Rob Kipa-Williams (pictured) complained on Instagram last month about the writing for his character Ari Parata

Rob posted an image of ‘grouchy’ Ari at the beach, and wrote: ‘Remember when Ari used to live on the grouchy side of life?’

‘I miss that Ari. Seriously,’ one fan commented, to which Rob replied: ‘Me too.’

Another fan commented: ‘Omg my husband said this yesterday. He said Ari was so rough, rugged and cool when he first came in.’

‘I like him a lil more ruggedly written… oh well,’ Rob responded. 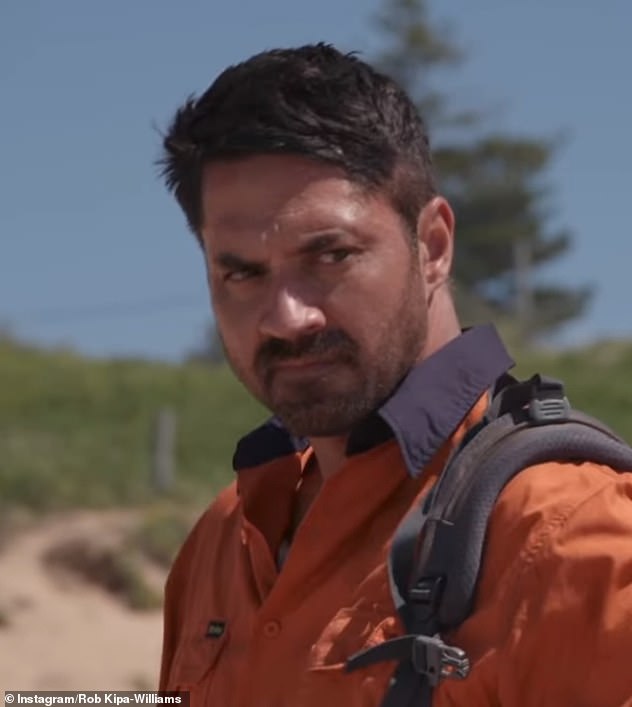 It comes after Rob’s co-star Sam Frost, who plays Jasmine Delaney, sparked outrage by describing Covid-19 rules as ‘segregation’ and revealing she was unvaccinated.

‘I was really hesitant about doing a video or even speaking up about this sort of thing, but I feel like it’s getting to a point now in the world where there’s a lot of segregation,’ she said in an emotional video on Instagram on Saturday.

‘There’s a lot of harsh judgement and opinions being thrown around a lot and it’s taking its toll on my mental health for sure, and I know people around me are struggling – particularly if they’re on the side of they don’t want to get vaccinated, for whatever reason.

‘There are lots of different reasons why people are not getting vaccinated and it might be because of their medical history, their concerns, they might have family history, it could be religious reasons.’ 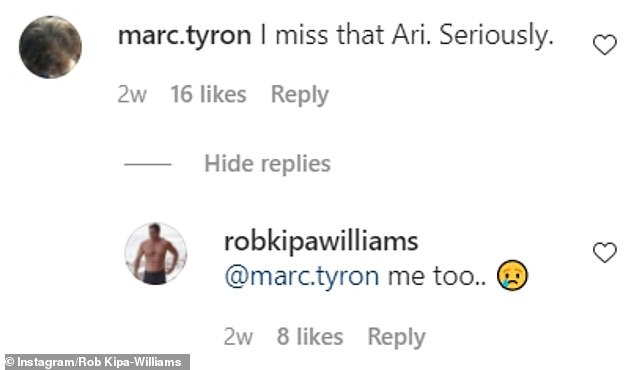 Whinge: Rob wrote: ‘Remember when Ari used to live on the grouchy side of life?’ A fan then commented, ‘I miss that Ari. Seriously,’ to which Rob replied: ‘Me too’ 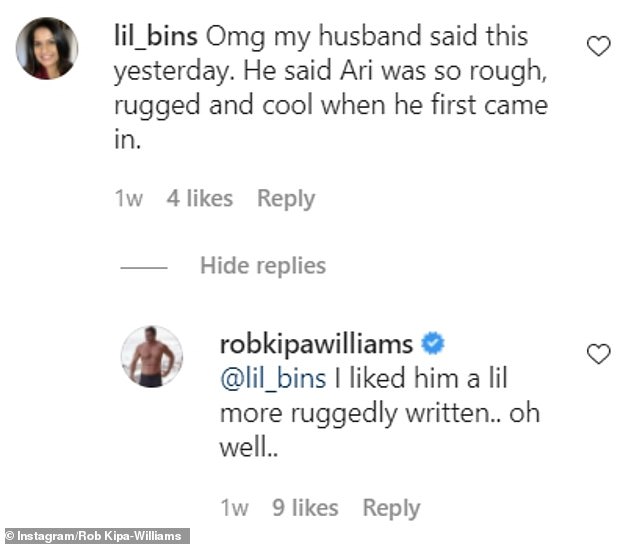 Sam then said she hadn’t been vaccinated, but claimed she had spoken to her medical doctor as well as a psychologist about her decision.

However, it’s understood she does not have a valid medical exemption.

‘And you’re too scared to talk about your opinion or your feelings and part of you wants to go, ‘Well it’s none of your damn business why I’m not! And there’s good reasons why I’m not and I don’t want you to judge me.’

She explained it was important for the unvaccinated to look after their mental health, especially as freedoms return for fully vaccinated Australians.

After facing widespread criticism for her video, the 32-year-old deactivated her main Instagram account and blocked all comments on the account for her mental health charity Believe By Sam Frost.

Channel Seven later issued a statement saying it ‘strongly encourages’ vaccination and that Sam was still an employee at the network. 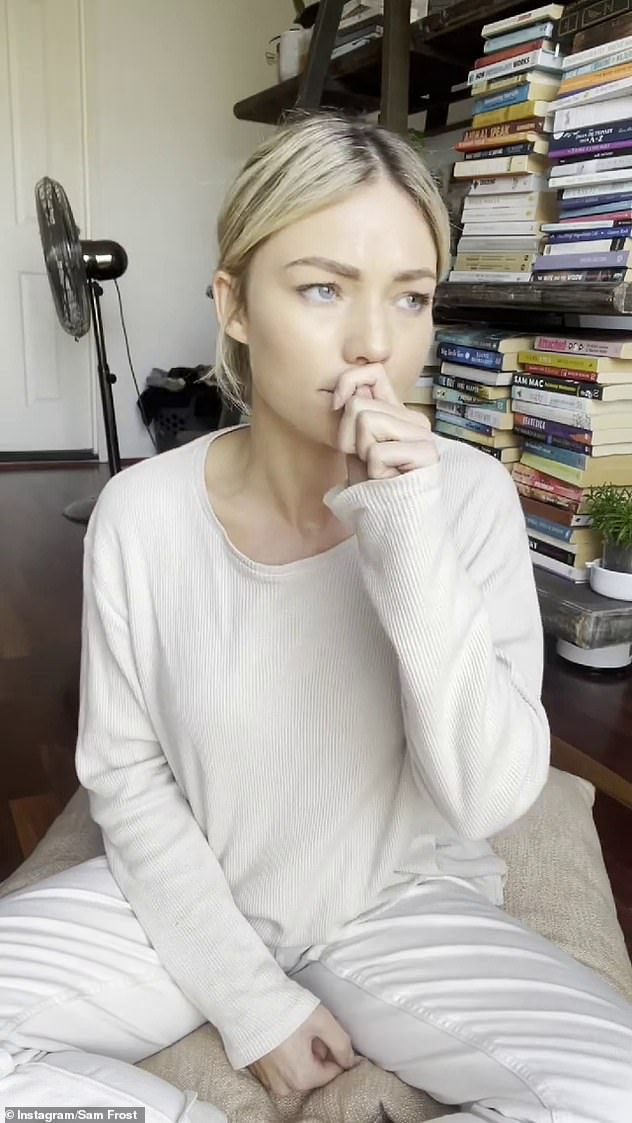