EXCLUSIVE: From riding a motorbike after downing a longneck to drinking five schooners and getting behind the wheel: The woeful DUI record of Home and Away star Kate Ritchie’s husband laid bare as he faces a new charge

By Josh Hanrahan and Daniel Piotrowski for Daily Mail Australia

The husband of Home and Away star Kate Ritchie had twice been convicted of drink driving before his most recent alleged offence.

Stuart Webb was allegedly caught running a red light in Sydney’s eastern suburbs on March 26 this year, before blowing 0.083 in a roadside breath test.

Webb, an ex-NRL player who married TV soap star Ritchie in 2010, was charged with drink driving and driving while suspended, and issued a court attendance notice.

While court documents stated this was Webb’s first offence, Daily Mail Australia can reveal the father-of-one has a track record of drink driving – having been found guilty in 2012 and 2017.

Stuart Webb (left), the husband of Home and Away star Kate Ritchie (right), had twice been convicted of drink driving before his most recent alleged offence 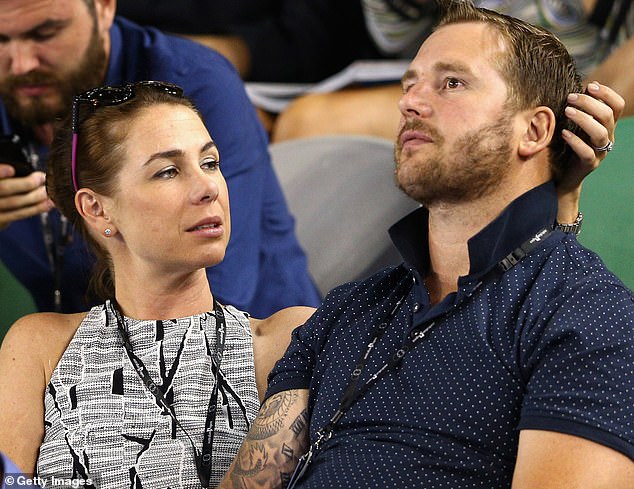 Stuart Webb was allegedly caught running a red light in Sydney’s eastern suburbs on March 26 this year, before blowing 0.083 in a roadside breath test. He had previously been convicted of similar offences in 2012 and 2017

Webb’s first offence occurred when he was caught mid-range drink driving after a Saturday night out in March 2012.

When police pulled Webb over they noticed he appeared to be affected by alcohol and performed a breath test, to which he blew in the mid-range.

He had spent the night drinking at the Bondi Surf Club where he had five schooners and an unknown number of vodka and cranberry juice mixes, he told officers.

In sentencing Webb, the Magistrate commended his regular fundraising efforts and also his participation in the traffic offenders’ program.

More than five years later he was again caught drink driving after police noticed him speeding on his black motorbike at Mascot, south of Sydney, just prior to Christmas.

Court documents reveal that police observed Webb driving at 20km/h over the limit about 10.20pm on December 18, 2017, and pulled him over.

Officers again noticed he had ‘glassy and blood shot eyes’ and performed a breath test to which he returned a reading of 0.063.

– Webb pulls into a random breath test at Taren Point, south of Sydney, in the early hours of Sunday, March 11

– Just a week before Christmas in 2017, Webb was spotted speeding at 20km/h over the limit on his black Triumph motorcycle

– Police pulled the ex-NRL player over and noticed he had ‘glassy and blood shot eyes’, and performed a breath test

– Webb returned a reading of 0.063. He told police he had drunk a longneck of Tooheys New full strength beer and had not eaten

– Webb was allegedly spotted running a red light in Randwick, in Sydney’s east on the afternoon of Tuesday, March 26

– He was pulled over by police and underwent a breath test, returning a reading of 0.083 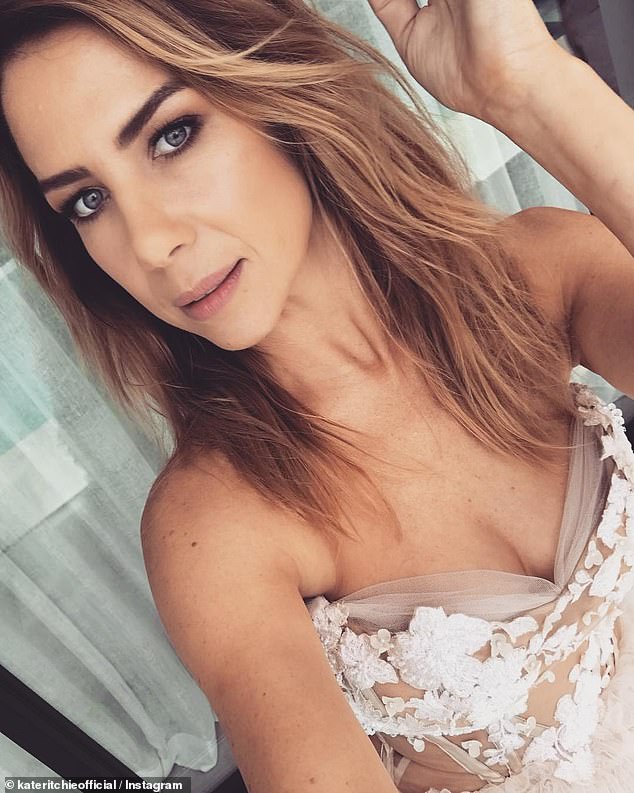 Ritchie (pictured) was one of the original stars on hit TV soap Home and Away, before taking up a role as presenter on Sydney radio station Nova FM 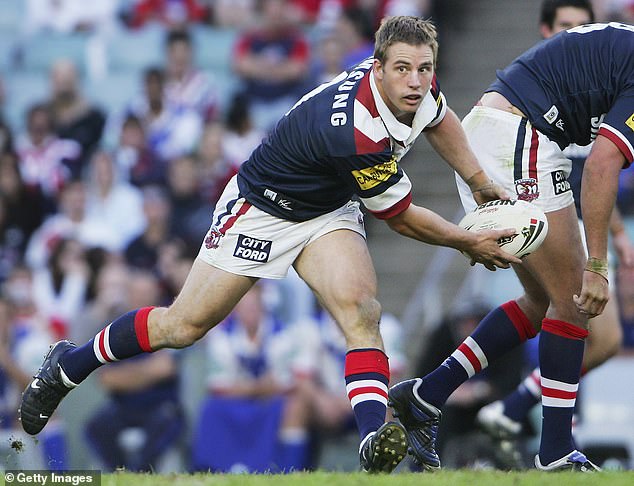 Webb played 88 rugby league games for Sydney Roosters (pictured), St George Illawarra and South Sydney. He retired at the end of the 2009 season and proposed to Ritchie a month later 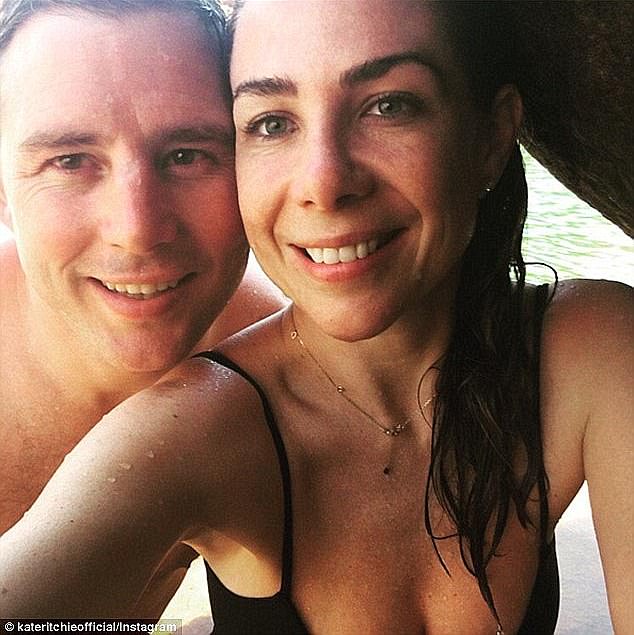 When asked if he had consumed any alcohol, Webb stated: ‘Yeah, I just finished one’.

He told officers he had drunk one Tooheys New longneck between 9pm and 10pm on an empty stomach.

Webb pleaded guilty to low-level drink driving and was sentenced in Waverley Local Court on March 8, 2018.

He was fined $440 and had his drivers licence disqualified for three months.

Almost a year after he was sentenced for that offence, Webb was picked up for his most recent alleged crime.

Court documents state the accused was seen running a red light in his Subaru as he drove down Avoca Street in Randwick about 4.15pm on Tuesday, March 26, this year. 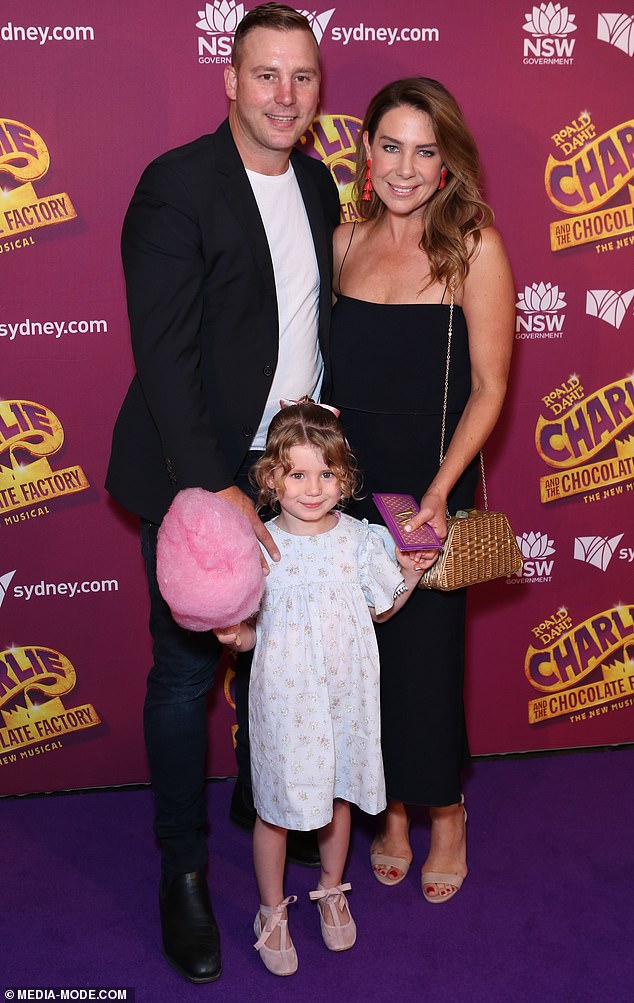 Webb – who played 88 rugby league games for Sydney Roosters, St George Illawarra and South Sydney – was pulled over by police, who discovered his licence was suspended.

They performed a breath test and he returned a mid-range reading of 0.083.

If convicted he faces a further six-month licence suspension plus up to 12 months in prison for driving on a cancelled licence. He is due back in court on May 7.

Ritchie and Webb were engaged in 2009 and tied the knot a year later. In 2014 they welcomed their daughter, Mae.

They have regularly made headlines in recent years for apparent marriage woes, but the couple deny any issues with Ritchie saying the rumours are ‘baseless’.