A savvy home cook has inspired hundreds of others to meal prep after sharing an easy recipe for a quick work day or weekend lunch.

Posting to the Budget Friendly Meals Australia Facebook group, Jelvie said her aunty, who owns a tapas bar in Madrid, originally taught her how to make the simple yet mouthwatering meal.

The combination of protein, vegetables and good carbohydrates is also filling and nutritious.

The dish consists of chorizo, tinned beans and vegetables over steamed rice or potatoes

The meal would take no longer than 25 minutes to prepare and cook from start to finish, and is a good alternative solution for those who are time poor.

The quick recipe involves browning the chorizo, cooking the chopped onion and tomatoes, and mixing in the tinned beans while steaming the rice.

Not only is the meal simple to make, but it can also be adapted and changed to suit individual taste preferences.

‘[The] chorizo can be substituted with leftover roast, mince [or] tofu,’ Jelvie said.

She also said more water, stock and other vegetables can be added to create a delicious soup. 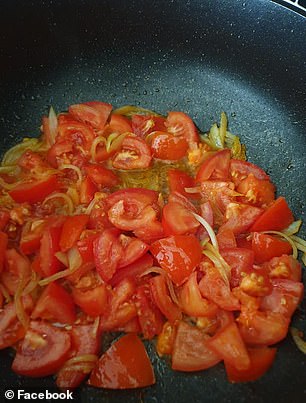 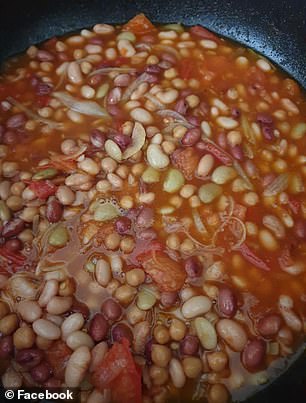 The recipe itself involves browning the chorizo, cooking the chopped onion and tomatoes, and mixing in the tinned beans while boiling the rice 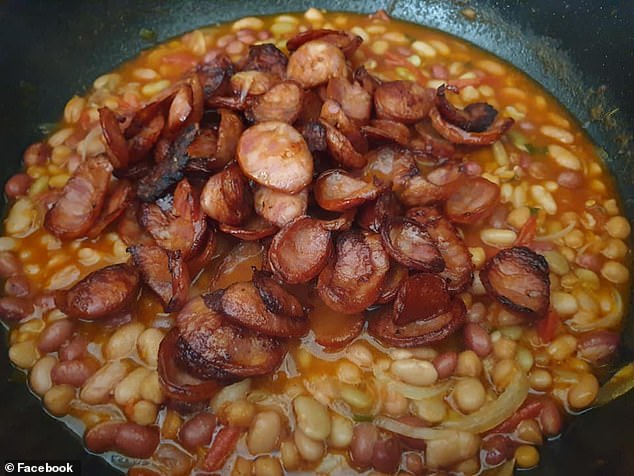 Not only is the meal simple to make, but it can also be adapted and changed to suit individual taste preferences

Other social media users part of the Facebook community were impressed with the little amount of effort that is required to make the dish.

‘You inspired me, dinner tonight,’ one home cook said.

‘I’m not a fan of tinned beans but this looks too delicious not to try,’ another said.

Another woman said she prepares a similar dish but instead uses cannellini beans, garlic, capsicum and spinach served with Turkish bread.

HOW TO MAKE THE QUICK WORKING LUNCH

Chop and cook the onions in another pan

Add the beans then simmer for 20 minutes on low heat