The $29 Kmart pie maker has been a hit among Australian foodies since its launch – and now a clever mum has shared how to make homemade crumpets using the kitchen gadget.

Posting in the Facebook group Kmart Pie Maker Recipes, Tips and Ideas – which has more than 190,000 members – she said the crumpets were easy to make and only took five minutes to cook.

‘Pie Maker crumpets! First time for everything and the kids loved them,’ she wrote.

‘These were super easy and you don’t need a Thermomix, just a hand beater will do it and keep it warm in the oven.’ 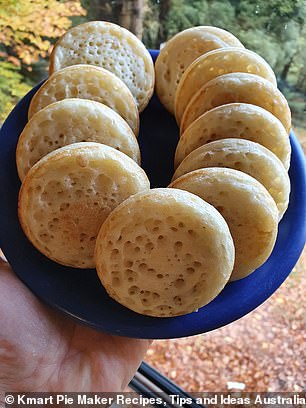 The cheap Kmart pie maker has proven to be very versatile over the past few months, and now a clever mum has shared how to make homemade crumpets using the kitchen gadget

After posting the idea on social media, hundreds were blown away by the simplicity of the idea and raced to try the recipe for themselves.

‘Wow going to have to try this with gluten free flour as buying is so expensive,’ one woman commented online.

‘These look awesome! I’ll definitely try these,’ another said, a third added: ‘Now I need a pie maker’. 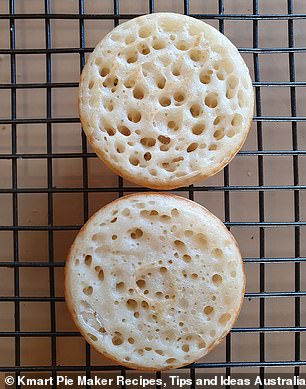 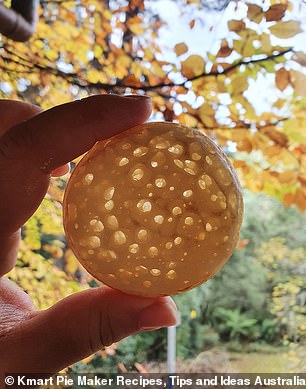 After posting the idea on social media, hundreds were blown away by the simplicity of the idea and raced to try the recipe for themselves

How to make crumpets in a pie maker

Place sugar, yeast, milk and water into thermomix bowl or regular bowl and use hand beater

Mix until the filling becomes frothy

Add flour, salt, cream of tartar and mix for 10 seconds on high speed

Leave to rest for 10 minutes

This will take about 5 minutes

Flip each crumpet for about 30 seconds until slightly browned

Serve with your favourite topping

The recipe itself is simple to follow and involves preparing the batter and placing in the pie maker rather than cooking in a pan on a stove top.

To ensure the crumpets didn’t turn out too thick, the woman said she used a quarter cup of batter, cooked them for five minutes then flipped each one for a minute.

The woman also shared a recipe she used from the online Thermomix Recipe Community website. 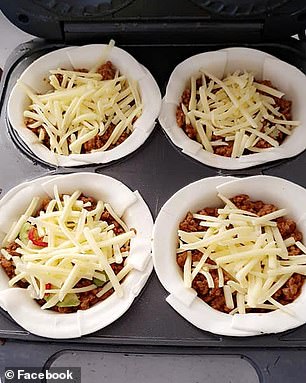 It’s not the first recipe to go viral on the group, with ‘taco pies’ taking off over the past couple of weeks.

The meal itself is quite simple to cook and involves lining the pie maker with puff pastry, filling with all ingredients then placing another layer of pastry on top.

The Facebook post attracted more than 700 likes and many other home cooks described the idea as ‘brilliant’.

While this seems to be a new cooking craze, others said they have been making taco pies for ‘years’ and a good alternative to puff pasty is taco or burrito wraps.