Home of former NFL star and Super Bowl champion Earl Thomas is left devastated by a huge fire: Local fire chief says it is a ‘total loss’ after crews battled for hours to put out the blaze in Orange County, California

A huge blaze has destroyed the home of former NFL star and Super Bowl champion Earl Thomas, according to firefighters in Orange County, California.

The massive fire started on Thursday afternoon, and fire chief Matt Manshack told reporters on the scene that it was a ‘total loss’, per reports from 12 News.

It was also reported that fire crews would still be at the property into the night as they continued to battle to put out the flames, while it is as yet unclear what caused the blaze to start.

Officials told reporters at the scene that nobody was in the home when the fire began, and that Thomas was later present at the property before leaving again.

The 33-year-old last played in the NFL for the Baltimore Ravens in 2019, but had previously won the Super Bowl during a successful eight-year spell with the Seahawks. 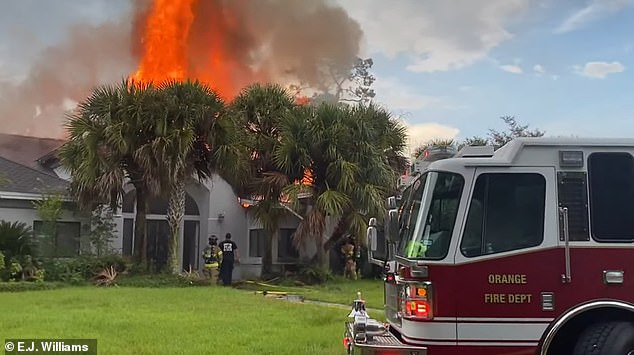 Fire crews battled for hours to try and save the properly, but it was completely destroyed

He is a three-time first-team All-Pro, and was voted into the NFL 2010s All-Decade team.

The Southeast Texas native has since courted controversy, and was arrested in May of this year at Spanky’s Bar and Grill on a warrant out of Austin for a violation of a court protective order.

That initially stemmed from him allegedly sending threatening messages to his wife about her and their children. 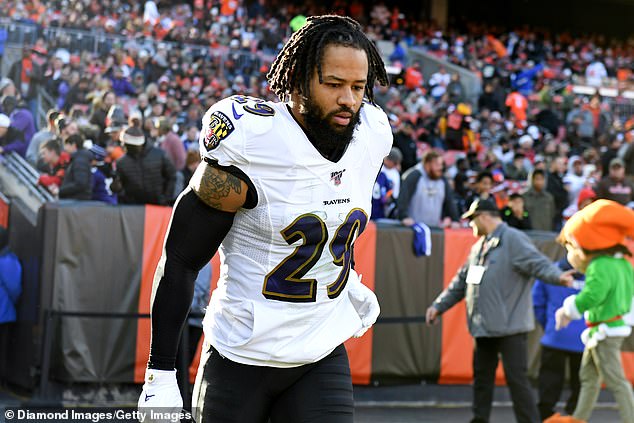 Thomas last played in the NFL in 2019 for the Baltimore Ravens, but was released in 2020 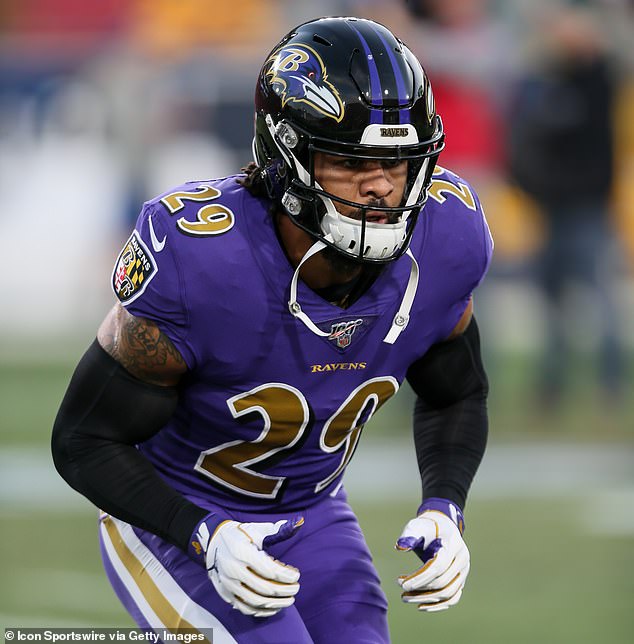 It was reported at the time that Thomas was booked into the Orange County Jail and soon bonded out, with his bond set at $15,000.

The original May 2021 protective order requires him to communicate with the woman only through a co-parenting phone application, and she claimed he was refusing to download the app and showed up unannounced at places she was visiting, according to the police affidavit.

In May 2020, Thomas’ wife was arrested after she was accused of pointing a loaded pistol at his head after breaking into a vacation home and finding him with another woman.

She filed for divorce in November. 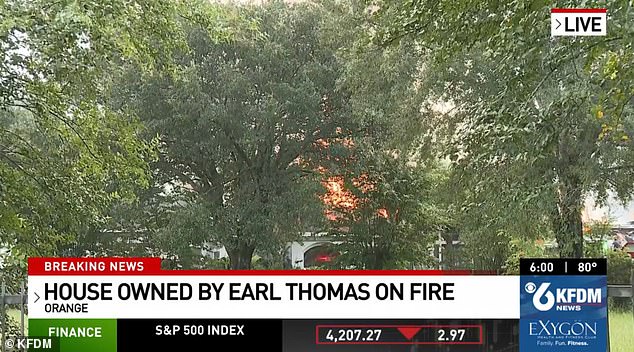