Huge gaps in Britain’s borders were exposed last night as it was revealed Home Office officials have lost track of 600,000 foreign visitors.

Despite spending hundreds of millions of pounds improving checks on every arrival and departure, many have fallen off the radar, a damning report has revealed.

Ministers reintroduced checks at the border in April 2015 to verify more stringently if visitors leave when their visas expire.

They insisted that knowing who is leaving Britain was vital for counting the number of immigrants in the country and fighting crime and terrorism.

And the Home Office claimed the flagship border management scheme would provide the most comprehensive picture ever of whether those who entered the UK left when they were supposed to.

But David Bolt, the independent chief inspector of Borders and Immigration, found the authorities had no record of whether more than 600,000 overseas nationals had departed. It means many could be living unlawfully in the UK.

Last August there were about 10million individuals on a Home Office system whose last period of leave to be in the UK expired in the preceding two years. Of those, the database contained no evidence of departure for 601,222.

This figure included 513,088 ‘non-visa nationals’ – citizens from non-EU countries where there was no requirement to obtain a visa prior to travelling to the UK.

The remaining 88,134 individuals were ‘visa nationals’, those from outside the EU who had to obtain a visa prior to coming to Britain.

The report also found that as of March last year, no attempt had been made to contact any non-visa nationals who had not been recorded leaving. Mr Bolt said the value of exit checks was ‘severely hamstrung’ by gaps in the quality and amount of data collected. The immigration watchdog concluded the Home Office had ‘over-promised’ when setting out plans for exit checks.

Authorities are meant to collect information from 130million travellers to Britain, including their name, date of birth, passport number and address.

This means their details can be compared against lists of killers and dangerous fanatics. Exit checks are intended to work by scanning passports of all passengers leaving the UK, allowing border chiefs to know whether people who entered the country had left when they were meant to.

Ministers said the scheme would provide ‘100 per cent coverage’ of those leaving the country.

But exit checks are unreliable and do not pick up who goes by train, ferry, small boats, chartered flights or through the common travel area with Ireland. One Home Office border official interviewed by inspectors said the programme had been ‘mis-sold’. He said: ‘There are so many ways the data can get muddled or confused.’ 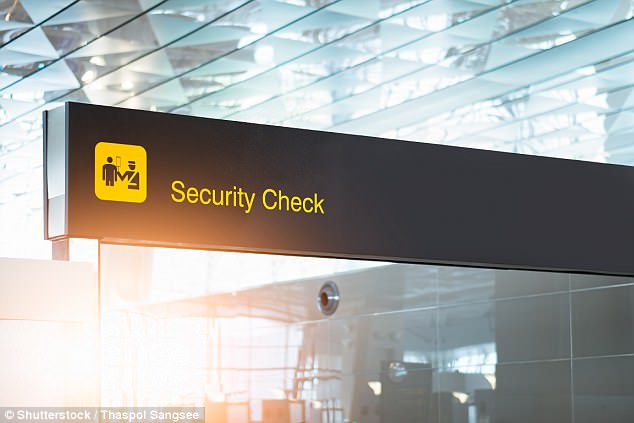 This figure included 513,088 ‘non-visa nationals’ – citizens from non-EU countries where there was no requirement to obtain a visa prior to travelling to the UK

In one instance, a study found no record of departure for 16 per cent of 52,238 Chinese visa holders. Checks with Beijing later found the majority had left the UK but had avoided exit checks.

The report said some groups travelling on chartered flights were not recorded on departure, including four football teams and the entire staff of two Gulf ruling families. Police warned that carriers regularly submitted data too late for law enforcement to take any immediate action.

Of 50 ‘hits’ for crime suspects leaving the UK via Eurostar over a ten-month period, officers were only able to intercept four because travel data was not transmitted until after the train departed.

The Home Office told inspectors that ‘where no evidence of departure was found, this is not confirmation an individual remains in the country, only that they have not been matched to a departure record. In some cases, the individual may have left.’

A spokesman added: ‘Exit checks are helping us focus operational activity better on those people who do not comply with our immigration rules.’

Not a single landlord has been prosecuted for renting property to illegal immigrants, a report has revealed.

It was made a criminal offence in 2014 as part of attempts to make Britain a ‘hostile environment’ for those with no right to stay here. But a report by David Bolt, the Chief Inspector of Borders and Immigration, revealed no-one was taken to court for the offence over an 18-month period.

Between February 2016 and July last year 468 individuals were referred to Home Office investigators as part of a scheme known as Right to Rent. It led to a total of 265 civil penalties with landlords paying a total of £165,520 in fines. But the report said: ‘There had been no prosecutions.’

Mr Bolt report said the ‘dearth’ of enforcement against low-level offenders had made it harder to tackle ‘serious and organised immigration offenders’.

The passing of intelligence information about landlords flouting the rules was ‘sluggish’. Mr Bolt added: ‘Overall, the Right to Rent scheme is yet to demonstrate its worth as a tool to encourage immigration compliance. The Home Office has failed to coordinate, maximise or even measure effectively its use.’ The Home Office said it would take the recommendations on board.