Seven in 10 potential new homebuyers say energy efficiency is now a key priority, according to a new report.

With energy bills rocketing and more people wanting to be eco-conscious, the Zoopla study of 2,600 people found that those thinking of purchasing a new home want it to be as green as possible.

It follows the introduction of new Government regulations that have seen an increase in the energy efficiency requirements of new homes.

Seven out of 10 homebuyers say energy efficiency is a priority, according to a new report by Zoopla

The Future Homes and Buildings Standard means that new homes built from 2025 must produce 75 to 80 per cent less carbon emissions than those delivered under current regulations.

More than two-thirds of households – at 69 per cent – that bought or were looking to buy a new build home said that the property’s Energy Performance Certificate was either an ‘extremely important’ or a ‘very important’ factor in their decision.

But new homebuyers are not only seeking new developments for lower running costs, according to the research.

The survey said these buyers were increasingly conscious of developer’s green credentials with 74 per cent claiming it was important that their homes was built with minimal environmental impact.

However, it appears that green credentials are less important when it comes to older homes, with 41 per cent resale purchasers considering them an important factor in the buyer decision. 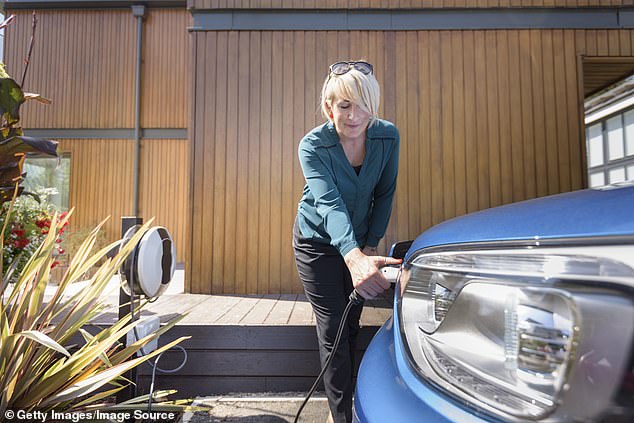 More than two-thirds of respondents thought that new homes were more efficient than resale properties.

However, they typically underestimated the potential cost savings of moving to a comparable high-rated EPC home.

Analysis by Zoopla of EPC data shows the running costs of a new-build can be up to 52 per cent less when compared to similar resale properties.

For example, the average carbon output of a new home also comes in at just under a third of that attributed to a resale home – 1.4 tonnes verses 3.8 tonnes a year.

A total of 62 per cent underestimated the correct figure, with a third assuming that a new home offered annual savings of 20 per cent or less compared to an average resale house.

Previous research by Rightmove revealed the potential financial benefits of boosting the rating on a property’s EPC from a D, E or F to a C. It found these could add up to more than £55,000.

HOW TO IMPROVE AN EPC RATING

There are several ways that you can boost the rating on your property’s Energy Performance Certificate.

Some are cheaper options than others such as replacing light bulbs with LED versions.

They also include more expensive options, such as installing an air source heat pump.

These look like an air conditioning unit on the outside of a building, and work a bit like a fridge in reverse, using electricity to extract energy from the outside air to provide heating and hot water for homes.

They can be expensive to install, costing around £10,000, but families will be encouraged to install the low carbon systems from April with grants of £5,000 being provided.

Here are five ways to improve the rating on your property’s Energy Performance Certificate:

2. Insulate the walls and roof

‘The energy efficiency of new homes and the lower running costs is a recognised attraction for would-be buyers compared to those looking for a home in the resale market.

‘Energy efficiency remains important for two in five buyers in the resale market and we expect this to increase further as the Government continues to roll out further policies aimed at decarbonising the housing market and reducing greenhouse gas emissions from homes.

‘While the new homes market and the private rented sector are the big focus areas for policymakers at present, rising energy costs will only serve to increase the importance of energy efficiency and running costs of homes as part of home moving decisions.’

It comes as new building regulations were introduced this week to help improve the energy efficiency of buildings as part of reaching Net Zero by 2050.

From 15 June 2022, all new homes must produce 30 per cent less carbon dioxide emissions than current standards.

The changes include new homes having charging points for electric vehicles installed.

Even more changes will be coming in 2025 to make buildings more energy efficient, but these measures are a stop-gap until then.