A New Jersey couple who were crowned homecoming king and queen in 1992 before going their separate ways, rekindled their romance and married in the same football stadium last weekend.

Greg Dabice and Janet Jaramillo met briefly when they were crowned Montclair State University royalty at the 50-yard line on the field on October 17, 1992.

‘I caught eyes with him and he looked at me, and I was like, oh, he’s so cute,’ Jaramillo explained to WLNY. 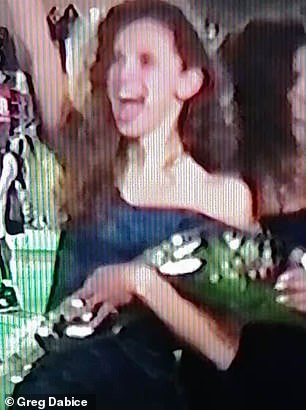 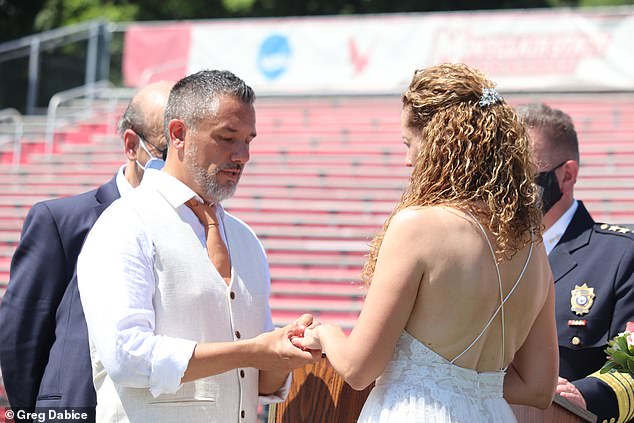 On August 1, the pair got married after 28 years. The ceremony was held at the same 50-yard-line where the two were crowned

Dabice recalled: ‘I do remember that there was a brief moment in the parade when we gave a little wave.’

The two went their separate ways after posing for photos, with Jaramillo going on to start her own marketing agency while Dabice went into industrial engineering.

But by 2016, they would both find themselves on dating apps after their previous marriages fizzled out. It was on the apps where the two would reconnect. 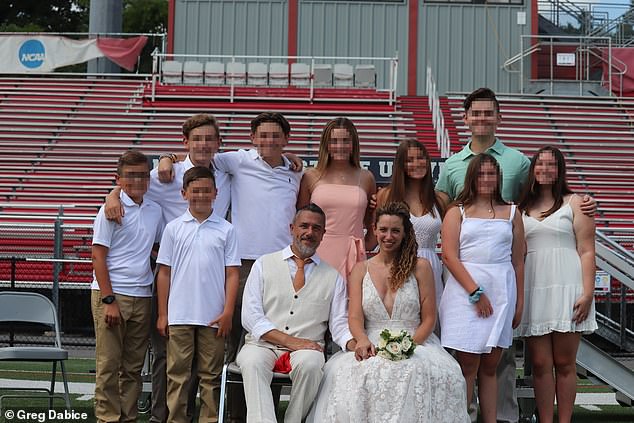 The ceremony was attended by the couple’s children and families. Jaramillo has two sons from her previous marriage while Dabice had five kids

‘I was so shocked, I couldn’t believe it. I got in touch with one of my fraternity brothers who kind of remembers everything, and I said, ‘Phil, is this her?’ And he said, ‘Yeah, it’s her, go get your queen,” Dabice said.

Back in April, Dabice proposed to Jaramillo because he didn’t want to be separated from her during the pandemic. 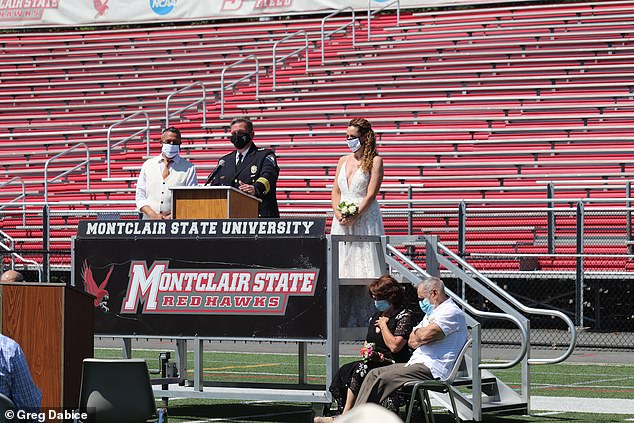 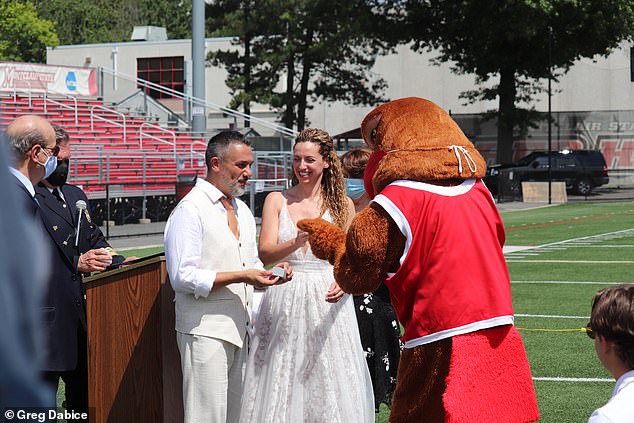 They knew almost immediately where to get married.

‘As soon as I reached out, it was like the floodgates opened,’ Jaramillo said.

The pair got married on August 1 with a small number of friends and family. 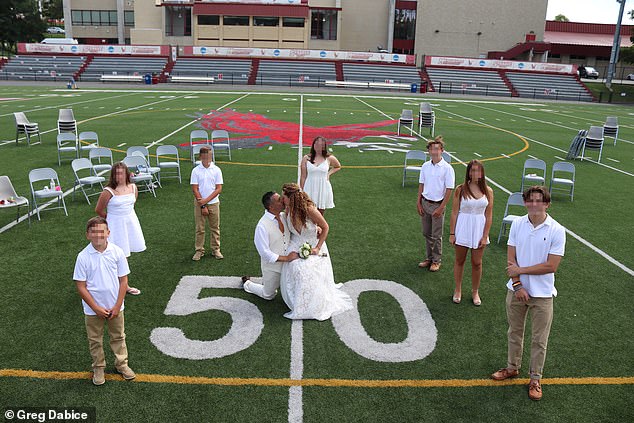