A homeless man believed to have been missing for two years has been reunited with his family in time for Christmas – thanks to a mother-of-three who shared his story in a Facebook post.

The man, known only by his first name Declan, was living on the streets of Northern Moor, Manchester when Siobhan Foran, 32, and her children stepped in to provide him with warm clothes for the winter.

Siobhan posted on Facebook asking for people to donate clothes such as jumpers, hats and socks for Declan.

However, to her shock, she was contacted the following day by a woman claiming to be Declan’s niece and saying that he had been missing for two years.

The man, known only by his first name Declan, was sleeping rough when he was spotted by Siobhan Foran and her children (pictured)

The woman said that Declan suffered from dementia and his loved ones had been desperately searching for him.

They had no idea that for the past two years he had been living on the streets, the woman told Siobhan.

Declan has now been reunited with his loved ones in time for Christmas. His family, from Oldham, is looking to get a permanent roof over his head.

Siobhan told the Manchester Evening News: ‘He had been there for a long time and is such a lovely guy. He never asks for money and just wishes everyone a happy Christmas. 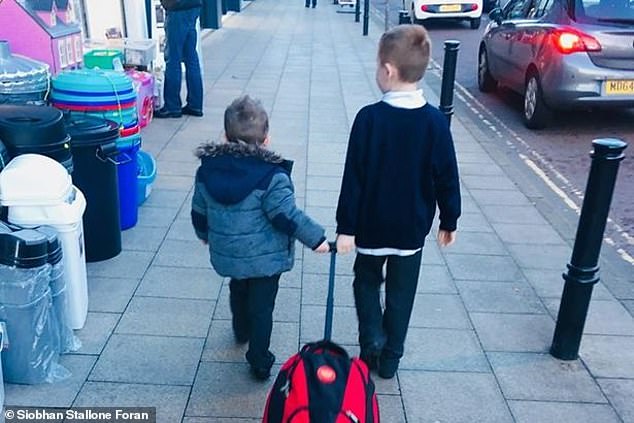 Siobhan and her family helped Declan, giving him clothes and food before she launched a Facebook appeal for more donations

‘When he was there last week he looked freezing; he just didn’t seem well at all.

‘I wanted to collect some warm clothes for him, so put a post on Facebook and lots of people chipped in wanting to donate socks and jumpers.’

Siobhan said that after delivering a suitcase of clothes and supplies, she sat down with Declan and asked if there was anyone she could call.

‘He seemed really confused and didn’t know what time or day it was,’ she added.

‘He told me that he had a daughter in Oldham and said that he wanted to clean himself up and go and find her. 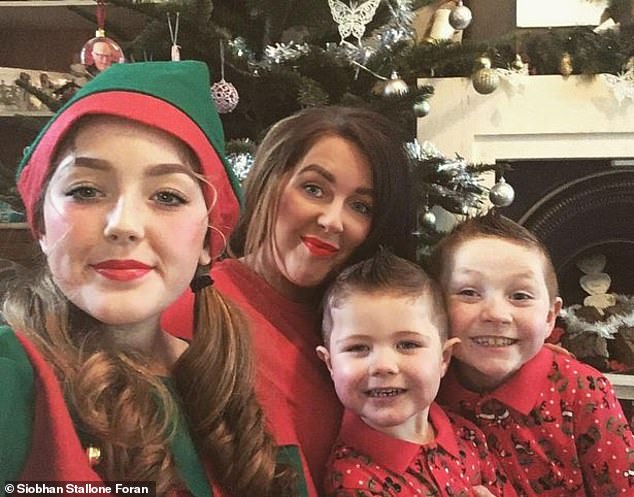 To the mother-of-three’s shock, a woman then got in contact with her claiming that she was Declan’s niece

‘The following day, I got a call from a woman telling me she was his niece and that she had seen my post.

‘She said he had been missing for two years and they had no idea he was homeless.’

Siobhan went to find Declan the following day and tell him the good news he had disappeared.

After several days of searching, she finally managed to catch up with him and reunite him with his loved ones.

After enjoying a hot bath and a hot meal, he was ready to settle in for Christmas with his family.

Siobhan said: ‘It’s just nice that once in a while there is a really positive outcome.

‘People think there isn’t a lot you can do for homeless people, but one person can really make a difference.’