Homeless man spends money getting food for other homeless people

A homeless man who ended up finding a dropped wallet and giving it back to its owner ended up spending his reward money buying food for other people who are homeless.

Shah is seen on camera deliberately dropping his wallet containing $2,000 in cash right in front of a homeless man.

A social experiment sees Waqas Shah dropping his wallet with $2,000 cash inside 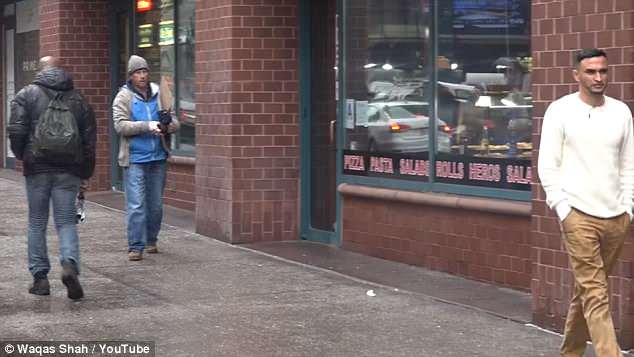 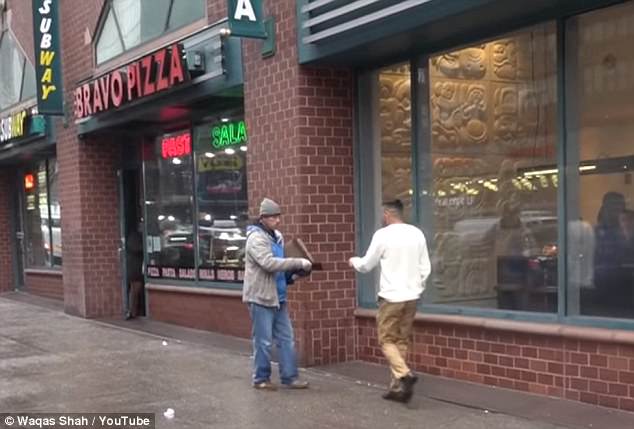 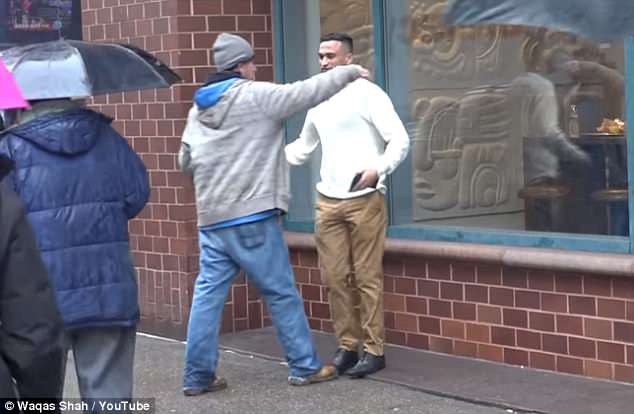 Seconds later, the man called Jay, yells after Shah telling him he dropped something.

‘Are you homeless?’ asks Shah, to which the man nods.

‘You gave the money back to me!’ he says with an element of surprise.

‘Giving back is what you do. I don’t steal,’ says the homeless man.

‘Just because you gave it back to me I’ll give you a gift,’ Shah says handing the man a reward for his efforts and having done the right thing.

‘You’re a great person. Thank you for giving it back to me,’ Shah says. 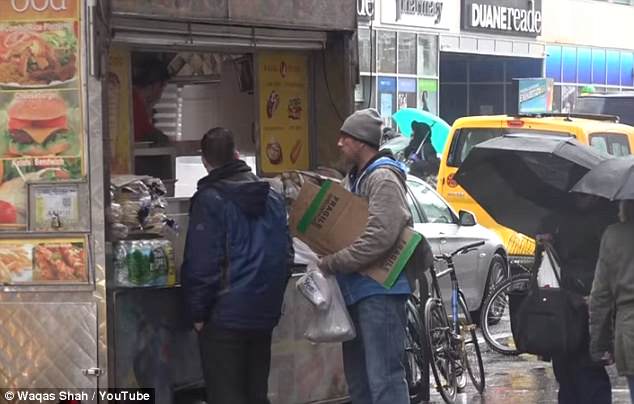 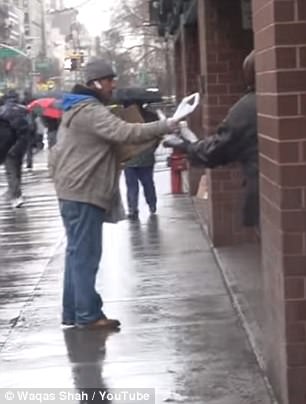 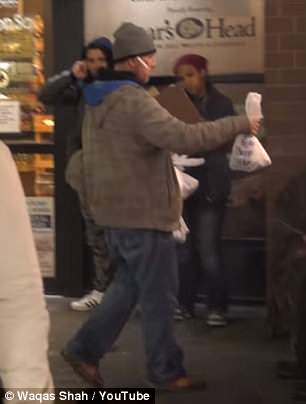 Cameras then continue to secretly film the man to see what he does next.

His acts surprise everyone including Shah, as Jay is seen to head to a nearby food cart to buy three meals, which he then distributes to other homeless people in the area.

In the heartwarming gesture he is seen to be feeding others before himself.

Shah tracks the man down for a final time to quiz him on his incredible acts of generosity to which Jay responds with simple logic:  ‘Giving back is the thing to do. The more you give the more you get,’ he says. 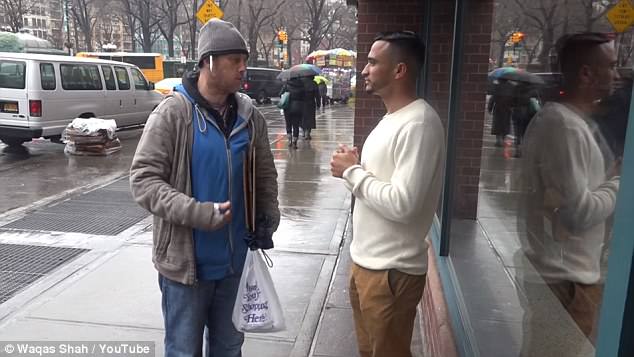 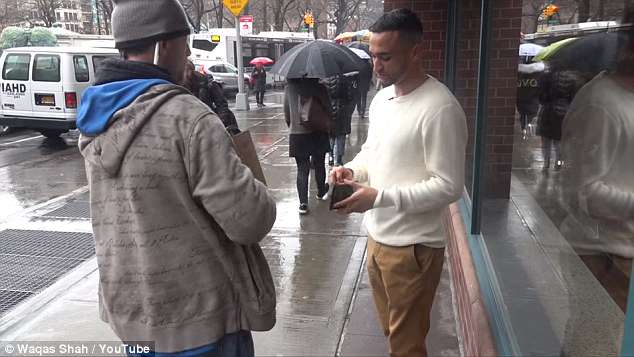 At hearing his heartbreaking story, he is given yet more money for his kindness 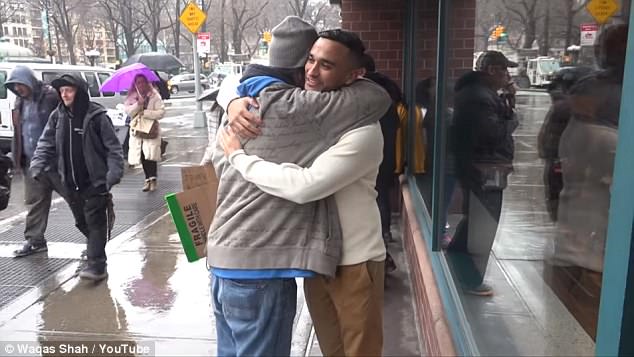 ‘I have a wife that’s pregnant. Every day I cry and pray that everything will turn out fine,’ he says breaking down in tears.

‘Being out on the streets its very very hard.’

‘I love that you’re spreading love,’ Shah tells him.  ‘Just because you’re an amazing. I will give you something in return

Shah ended up giving him another load of cash to thank him for his acts of charity for others in the face of such adversity.

Since the video was published earlier this years