Homeless veteran sues New Jersey couple accused of stealing some of the $400,000 raised for him

Homeless veteran Johnny Bobbitt, 35, is suing a couple set up a $400,000 fundraising campaign in his name, claiming that they stole some of the donated money

A homeless veteran is suing a couple who raised $400,000 for him through a fundraising campaign, claiming that they stole some of the donated money.

What began as a pair of selfless deeds has now led to a legal battle between Johnny Bobbitt, 35, and New Jersey couple Kate DeClure and Mark D’Amico.

Last November the homeless Good Samaritan used his last $20 to help McClure when she ran out of gas and was stranded on a Philadelphia roadway.

To thank Bobbitt, the New Jersey couple set up a GoFundMe account, which raked in nearly half a million dollars.

However, the heartwarming story turned nasty when Bobbitt accused McClure and D’Amico of dipping into the cache of donated money to buy things for themselves.

Earlier this week the couple said they hadn’t handed over the funds because they were worried he would spend it all on drugs.

Bobbitt, who is back living under a Philadelphia bridge, is now taking the couple to court for committing fraud. 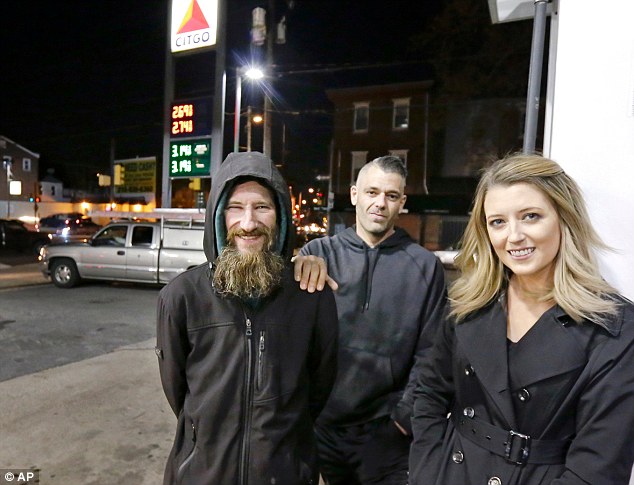 Bobbitt, left, made headlines last November after he used his last $20 to buy gas for stranded motorist Kate McClure, right, in Philadelphia. McClure and her partner Mark D’Amico set up a GoFundMe page to say thank you, but the relationship has since gone sour 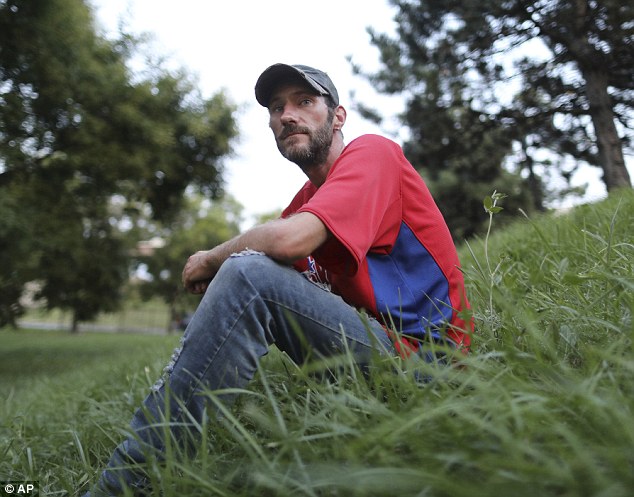 Bobbitt retained two pro-bono lawyers in Philadelphia last week, who filed the lawsuit seeking undisclosed damages and requesting that a judge to appoint someone to oversee the account. A hearing on the suit is scheduled for Thursday.

One of the two pro-bono lawyers Bobbitt retained last week, Christopher C Fallon, told The Philadelphia Inquirer that the legal action was taken after D’Amico ignored multiple requests for a full accounting of the money raised by the GoFundMe campaign.

‘He’s really left us with no choice but to go forward,’ Fallon said of the suit, which seeks undisclosed damages and requests that a judge appoint someone to oversee the account.

McClure and D’Amico have repeatedly denied any wrongdoing or misusing any of the money. 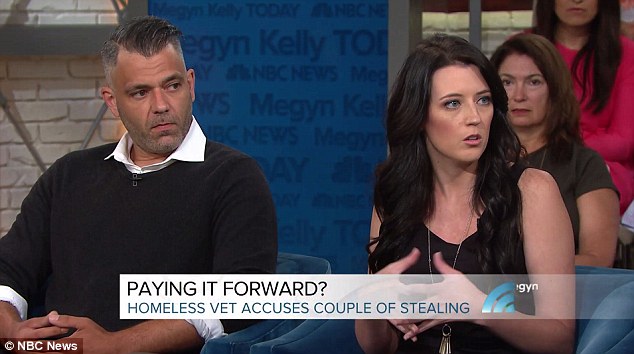 McClure and D’Amico appeared on Megyn Kelly Today on Monday, following the first theft accusations by Bobbitt, and insisted they were only trying to stop him from wasting the money

During an appearance on the Megyn Kelly Today show Monday, the couple admitted that just over $150,000 remains of the $400,000 raised over the last nine months.

They explained that they had initially put the money in their own bank account temporarily because Bobbitt didn’t have one of his own – and had no ID or documentation to get one.

‘We worked to get him all those things. That’s takes so much time,’ McClure said.

Meanwhile, the couple used the funds to buy Bobbitt a trailer, that he picked out, after he told them he didn’t want a house.

‘His dream – one of the first conversations I had with him was what he wanted,’ said D’Amico.

‘You can do anything you want in the world. You won the lottery, basically. I asked him what his dream was, he said to end up in Alaska in a travel trailer and living off the land and fishin hunting. I said, let’s do it.’

They even allowed him to keep the trailer on the McClure property while they sorted out his paperwork, and he’d used their home to shower, and would walk in whenever he liked.

Eventually, the documents came through and they set up a bank account for Bobbitt, but by this time, D’Amico said they’d started to notice some ‘red flags’. 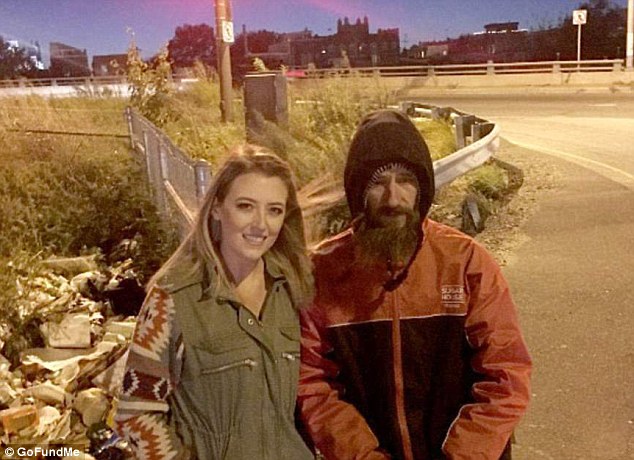 Bobbitt is back living on the street nine months after the couple raised $400,000 for him because they have spent half the money, apparently on his care, and are withholding the rest

‘We saw the pattern developing. Every dollar he ever touched was used for drugs,’ D’Amico said.

McClure said they tried to get Bobbitt to go to a rehab program but when he refused, they were worried to hand over the rest of the cash because they feared ‘he was going to do something foolish and end up right back where he was’.

‘I wanted to make sure at the end of the day when he was ready he had something left,’ she said

D’Amico claimed that the reason only $150,000 of the donations remain is that ‘[Bobbitt] spent a lot of money’.

D’Amico explained that after GoFundMe took its cut, they were left with around $350,000 and that the $200,000 had been spent on his trailer, legal fees and court costs ,the hotel Bobbitt stayed in beforehand, an SUV, TV, laptop, two cell phones, and sending his parents money.

‘Also his brother came into the picture and was living oppose our property, who is also an addict,’ D’Amico said, adding that the rest, including the $25,000 he cycled through in 13 days, went on drugs. 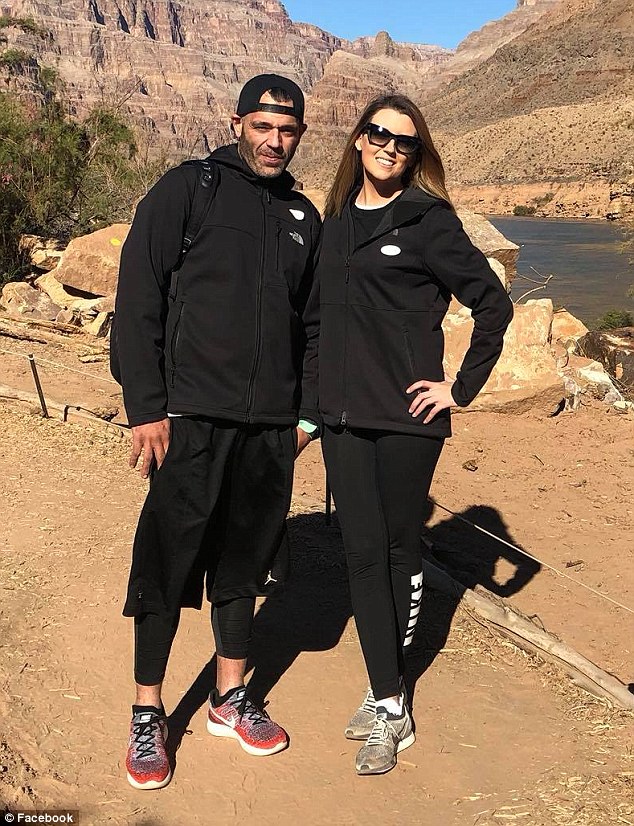 McClure and D’Amico went to Las Vegas and the Grand Canyon where they enjoyed a $500-per-person helicopter tour of the Grand Canyon. McClure said it was a gift from D’Amico 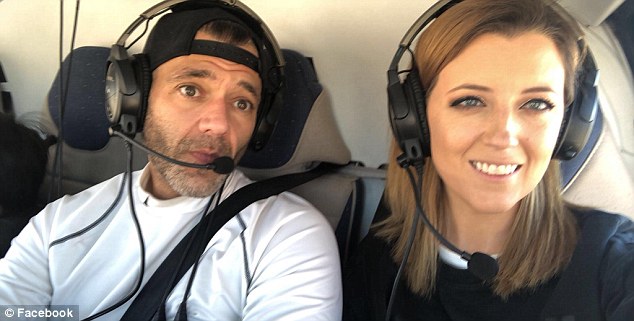 The couple say they paid for their trips, her new BMW and his casino trips with their salaries. He is a carpenter and she is a receptionist for the state department of transportation

Yet the Philadelphia Inquirer reports that the couple have since sold the camper for just $10,000, as well as the SUV, because Bobbitt wanted to use the money from the sale to move out of New Jersey.  He claims he has received no money from the sale.

Meanwhile Bobbitt has accused the couple of embezzling his money for their own means – and splashing the cash on vacations and a new car – something they adamantly deny.

Although D’Amico does admit he used $500 of the donations to gamble at a casino, he insists that Bobbitt was with him and it was with his full permission.

WHERE DID THE MONEY GO?

McClure and D’Amico say they spent $200,000 on ‘care’ for Bobbitt which included:

A stay in a hotel

A camper they have now sold

An SUV which was not the one he wanted

Money he sent to his parents and gave to his brother

D’Amico and McClure say they are in the process of setting up an independent trust for the remaining funds for Bobbitt and say they are happy to have a forensic account go through their spending to prove they haven’t spent any of the funds themselves.

‘That’s what we’re in the process of doing.’

But it’s been tough for the pair who say they just wanted to do something nice for the homeless man who touched them with his kindness.

McClure broke down in tears as she described receiving death threats from people who assumed they’d stolen Bobbitt’s cash.

Meanwhile, Bobbitts is back on the streets after the couple reportedly sold his trailer and asked him to leaveMcClure’s land, claiming he had stolen from them.

They’ve also sold the SUV but Bobbitt has not received a penny from the sales. 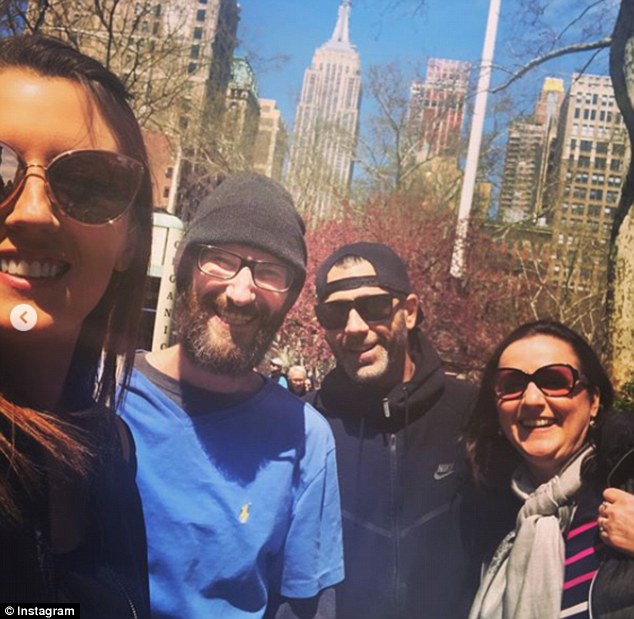 In April, McClure and D’Amico took Bobbitt to New York City for the first time (above)

GoFundMe is now working with a team of lawyers who have agreed to work pro-bono for Bobbitt to determine whether the money has been mismanaged.

‘Giving him all that money, it’s never going to happen. I’ll burn it in front of him,’ D’Amico said bluntly in a recent interview with The Philadelphia Inquirer.

In the meantime, the couple have enjoyed trips to Las Vegas and Los Angeles and McClure has purchased a new BMW. They insist they used their salaries.

He is a carpenter and she works as a receptionist for the state department of transportation. They both say they took ‘significant’ time off from work to help Bobbitt and they have not explained how they funded their lives during that hiatus.

In April, they took Bobbitt to New York City from New Jersey. They were pictured there together smiling happily for photographs. 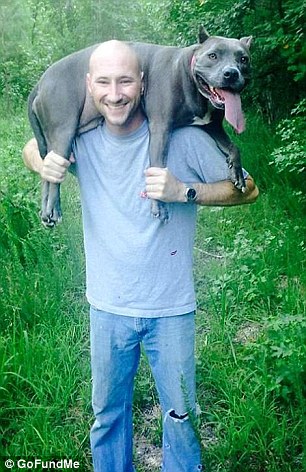 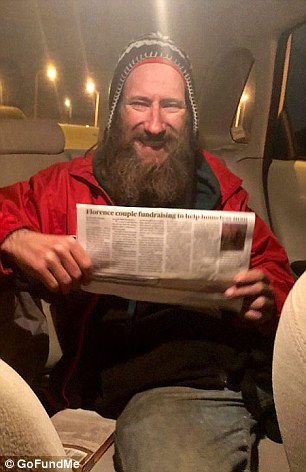 Bobbitt is shown (left) before he became homeless and (right) after making the news for helping McClure. He said he believes the couple began wanting to help him but that they got carried away with the amount of money raised

Bobbitt says he feels betrayed by the pair and thinks their greed got the better of them once the money started pouring in.

‘I think it might have been good intentions in the beginning, but with that amount of money, I think it became greed,’ he said.

Homeless advocates have enrolled him in two rehab programs to try to rid him of his opioid addiction. He spends $15 a day on drugs and is living beneath a bridge.

When contacted by DailyMail.com on Friday morning, McClure did not immediately respond.

She told The Philly Inquirer she did not want to lose her job over the dispute.

‘When there is a dispute, we work with all parties involved to ensure funds go to the right place. We will work to ensure that Johnny receives the help he deserves and that the donors’ intentions are honored,’ he said.

Nearly 15,000 people donated to the page. It is no longer accepting donations. 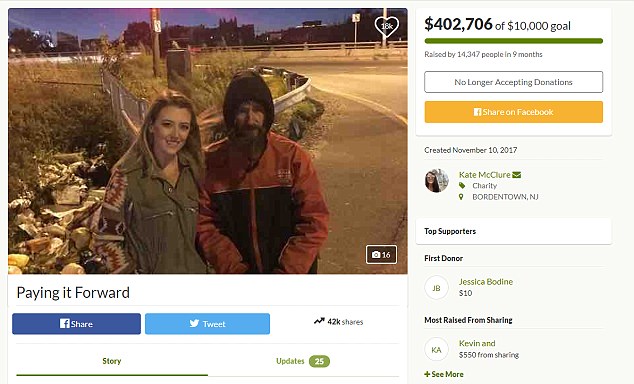 Nearly 15,000 people donated $402,000 to get Bobbitt off the street after he helped out McClure. Now, GoFundMe is looking in to whether or not the money has been mismanaged

In her last update on it, McClure wrote: ‘Now lets get down to some business. We’ve received a lot of comments and questions about what Johnny’s plans are for this money and how it will be used.

‘Hopefully this will answer them while keeping his privacy and the privacy of the people he is helping also.

‘The first thing on the list is a NEW Home which Johnny will own!! He will never have to worry about a roof over his head again!! Second will be the dream truck he’s always wanted… a 1999 ford ranger (yes I’m serious).

‘There will also be 2 trusts set up in his name, one essentially giving him the ability to collect a small “salary” each year and another retirement trust which will be wisely invested by a financial planner which he will have access to in a time frame he feels comfortable with so when the time comes he can live his retirement dream of owning a piece of land and a cabin in the country.

‘A bank account will be set up for him with funds for every day needs that will get him through until he finds a job. And lastly, he will be donating to a few organizations and people who over the last couple of years have helped him get through this rough patch in his life.

‘This is a well thought out plan that Johnny his lawyer and financial advisor came up with in order to give Johnny the means to acclimate back into a “normal” life and also to protect him and ensure he has a bright future.’

Bobbitt said he was never given a lawyer and met once with a financial adviser. 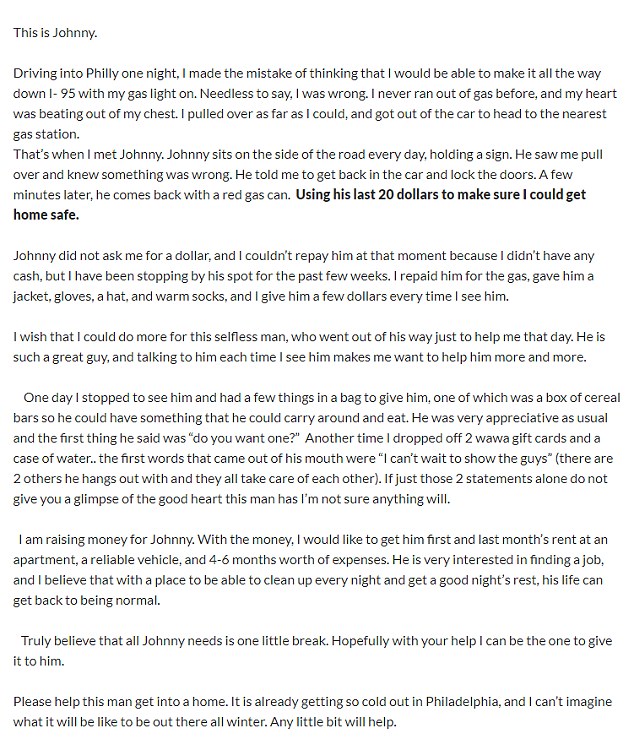