A young homeless woman whose body was found in a Melbourne park after being viciously bashed had tried to phone her ex-boyfriend in the hours before she died.

Courtney Herron, 25, tried to phone her ex-boyfriend Terrick Edwards on Friday but he missed the call and is now distraught he missed an opportunity to help the young woman, his sister Nindara Edwards Norris told The Age.

Ms Norris said her brother was upset ‘for not being able to offer her a safe place for the night.’

Ms Herron’s body was found by dogwalkers at Royal Park in Parkville about 9.30 on Saturday morning.

Courtney Herron (left), 25, tried to phone her ex-boyfriend Terrick Edwards on Friday but he missed the call and is now distraught he missed an opportunity to help 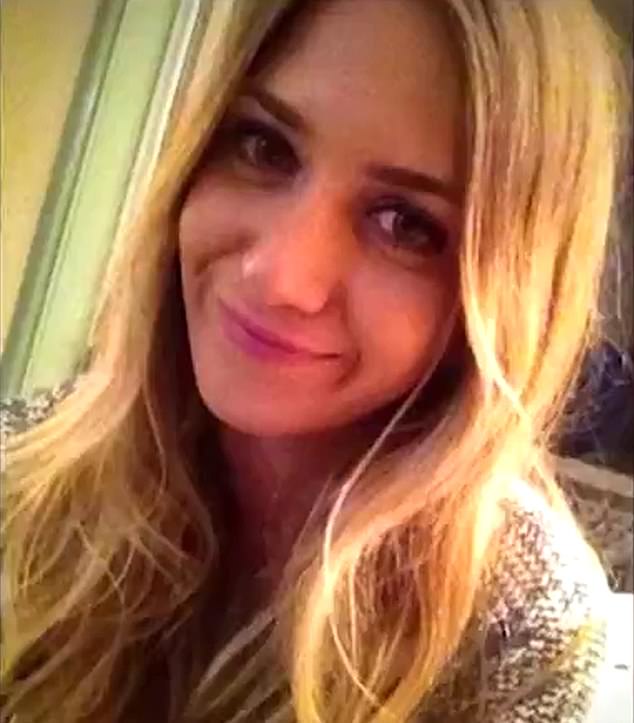 Ms Norris said her brother would want Ms Herron to be remembered as a lovely person and not just another homeless person who died on the streets.

She said Ms Herron came from a close Greek-Australian family and had a brother and sister and she used to work for a government department.

Her brother and Ms Herron had lived together before they split four years ago, she said.

A friend of Ms Herron from high school, Matt Walsh, told The Age she was one of the most kind-hearted people he knew. 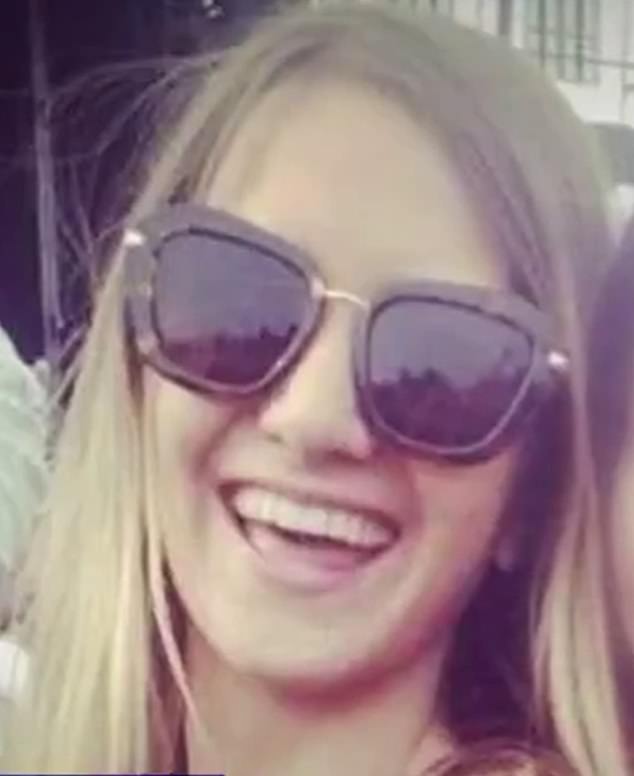 Courtney Herron, 25, (pictured) has been remembered as the hunt for her killer continues

Dog walkers made the horrendous discovery at Melbourne’s Royal Park on Saturday morning, but the cause of death remains a mystery.

Homicide squad Detective Inspector Andrew Stamper said extreme violence was inflicted on Ms Herron and it’s not known if there was one or more attackers. 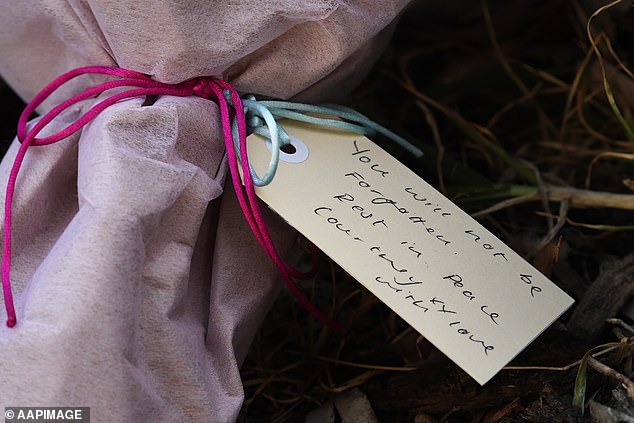 Her family have been told of her death.

Investigators are still working to piece together Ms Herron’s movements and lead them to her killer, who remains on the run.

Inspector Stamper said detectives and forensic scientists worked through the night and are appealing for public assistance.

‘We’ve spoken to a number of rough sleepers who were in that area at the time,’ Inspector Stamper said.

‘They have been helpful with us in building that picture. There’s still a lot of gaps in terms of what actually happened in the park.’ 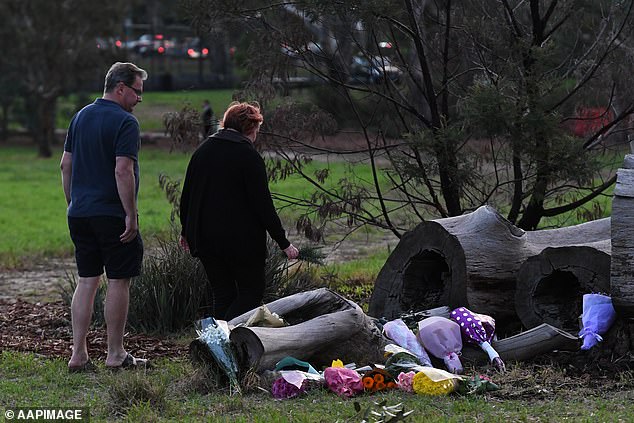 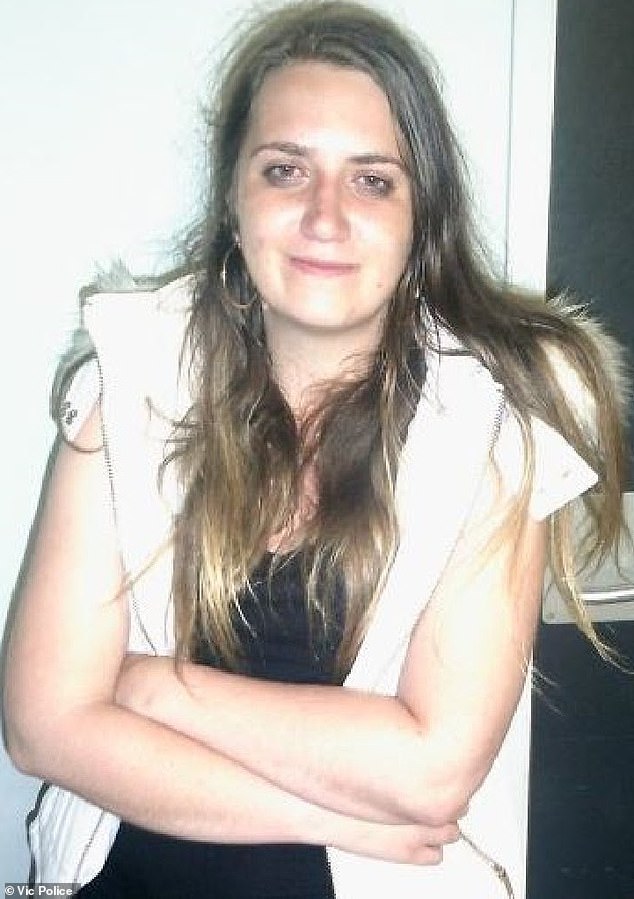 Police believe Ms Herron was assaulted between Friday and 9.25am Saturday morning

‘So we need information from the public in terms of times, if they have seen something, that will enable us to sort of narrow down a lot of our inquiries and focus on, you know, whether it be CCTV, public transport, as I say, these are all issues in play at the moment.’

Ms Herron’s body was discovered near a group of logs under a tree in the 180 hectare park, where a heartbreaking letter was left on Sunday morning.

A man was seen visiting the spot where her body was found and leaving a bouquet of flowers along with the touching note.

‘You deserve so much better,’ the note read.

‘May you rest in everlasting peace.’

According to the Herald Sun, the man, who preferred not to be identified, said he was disturbed by the the death.

Other devastated Melburnians have left flowers at the scene throughout Sunday morning, as police scrambled to identify Ms Herron. 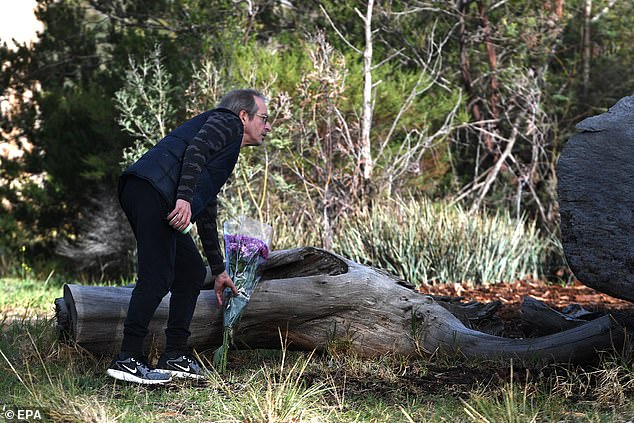 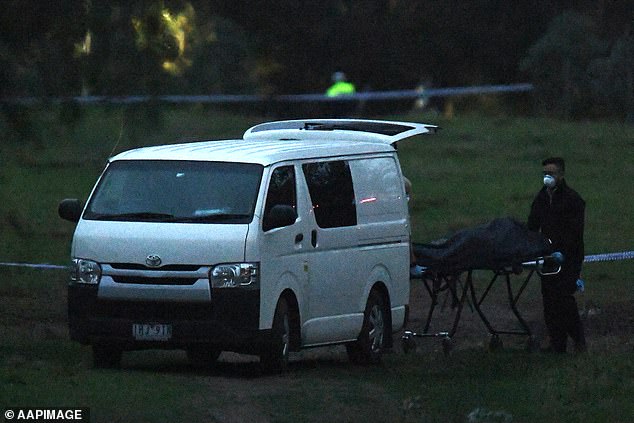 The body of the woman is removed from the scene in Royal Park, Melbourne, on Saturday

‘We are committed to finding the person, or people, responsible for this horrific attack,’ Inspector Stamper said.

‘We are appealing for the community’s help and remind them that no piece of information is too big or too small.’

‘We know a number of people use this park and urge anyone with information or who may have seen anything suspicious to come forward.’

At the time of her death, Ms Herron was wearing a light brown sleeveless vest jacket, a black hoodie, black trackpants, black runners and a blue singlet top.

Royal Park was reopened on Sunday morning after it was closed on Saturday following the grim discovery. 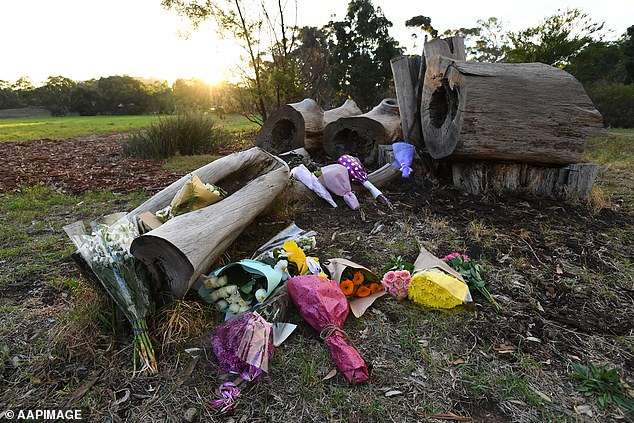 A heightened police presence remain at the park, patrolling the area to ensure the public feel safe.

Ms Herron’s death has again sparked anger in Melbourne, with police and the premier calling for men’s attitudes to women to change.

‘This is a terrible tragedy,’ Premier Daniel Andrews told reporters on Sunday. 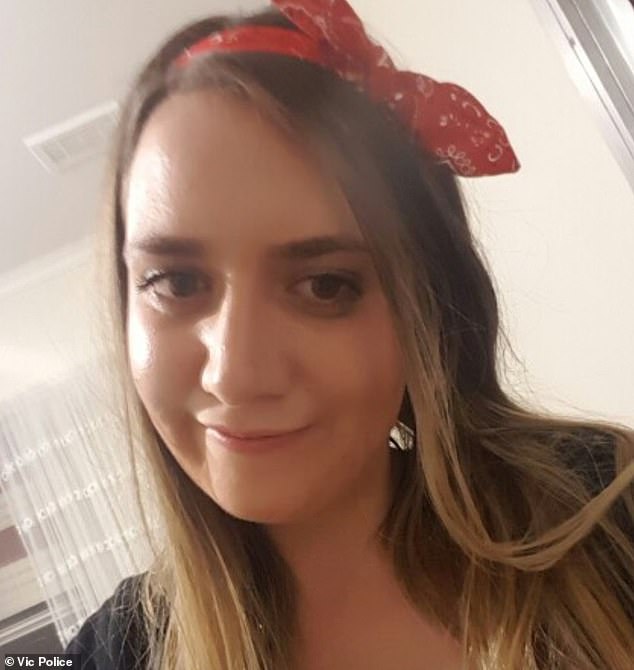 The premier, who delivered Australia’s first royal commission into family violence last term, said while the state had made significant progress on violence against women, there was more to be done. 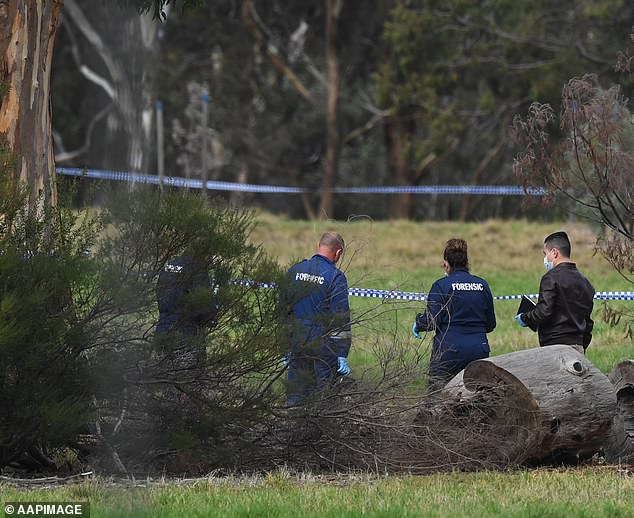 The cause of death of the victim hasn’t been determined yet, as forensic teams, police and the SES comb the Royal Park for evidence 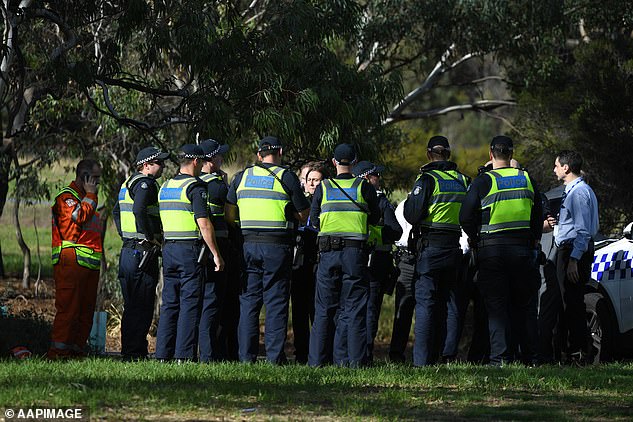 The death comes less than a year after another woman was found dead in Melbourne.

The 22-year-old was raped and murdered while walking home from the city at night.

The death is the latest in a series of women killed and dumped on Melbourne’s streets since Ms Dixon’s rape and murder.

In April Natalina Angok’s body was found dumped in Chinatown, allegedly killed by her one-time partner Christopher Allen who has been charged. 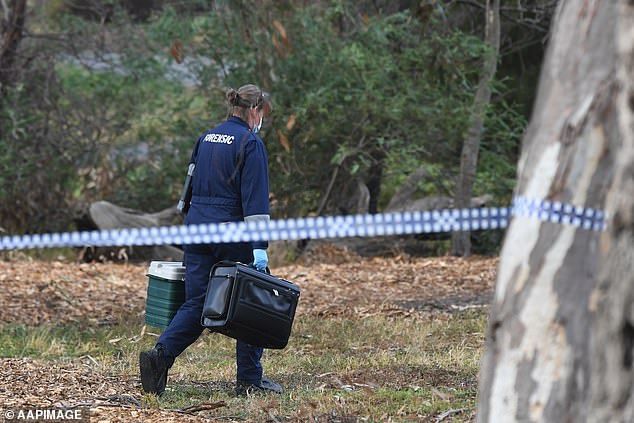 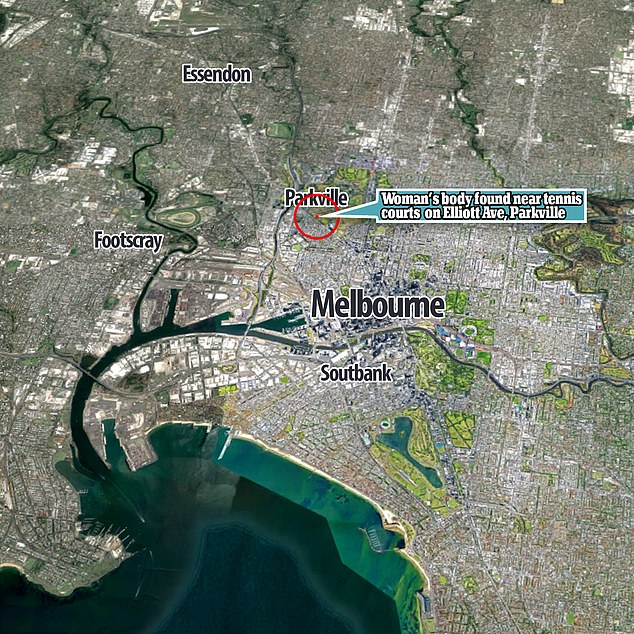 At around 1pm Saturday a police helicopter circled the scene more than 10 times, while officers on bicycles rode around the area speaking to locals. 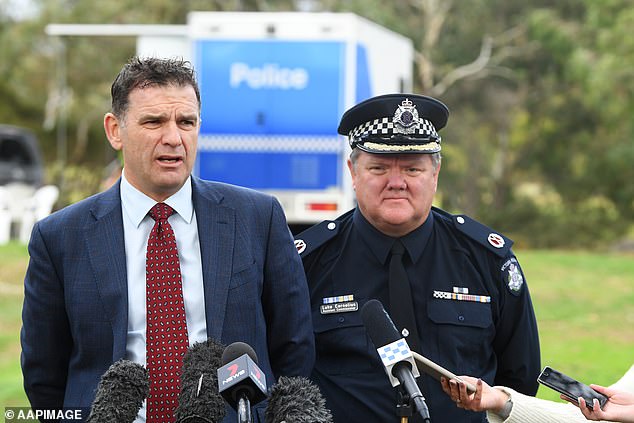 Homicide detective Andrew Stamper (left) told reporters the woman’s death is being treated as suspicious, and is appealing for anyone with information to call Crime Stoppers 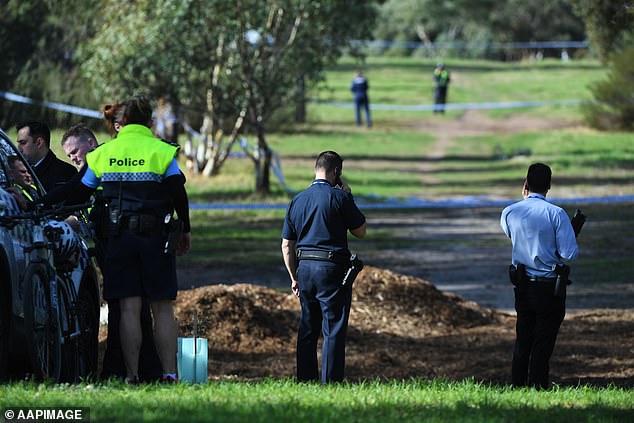