A homemade plane has crashed into the middle of an intersection in Phoenix, killing one passenger and critically injuring another.

The single-engine, home-built Acroduster went down near the city’s small Deer Valley Airport at around 6.50am on Monday, according to Phoenix Fire officials.

Authorities have not yet released the names of the male victims, one who died inside the aircraft at the scene and a second who was rushed to a trauma center in critical condition.

Monday’s crash came less than 12 hours after another homemade plane was found to have crashed about a hundred miles away near Camp Verde over the weekend, killing its two passengers.

A homemade plane crashed into the middle of an intersection in Phoenix on Monday morning, killing one passenger and critically injuring another 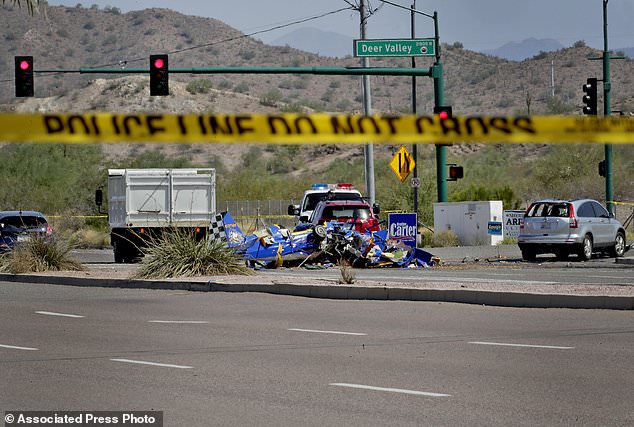 The single-engine, home-built Acroduster went down near Deer Valley Airport around 6.50am

Photographs shows wreckage strewn around the mangled jet, spanning across multiple lanes during the morning commute.

Two vehicles parked nearby appeared to have sustained damage from the debris, but no one inside the vehicles were hurt.

Operations at Deer Valley Airport have not been affected, Lissner said. The airport does not serve commercial airlines and has two runways, corporate-based aircraft and two flight training schools.

The plane was a single-engine Acroduster, Federal Aviation Administration spokesman Ian Gregor said. He had no immediate information about the plane’s owner or its flight plan.

Both the FAA and the National Transportation Safety Board will investigate.

Tenniswood had been piloting their experimental ‘Air Camper’ when it crashed into the rugged terrain about five miles from Camp Verde, according to the Yavapai County Sheriff’s Office. 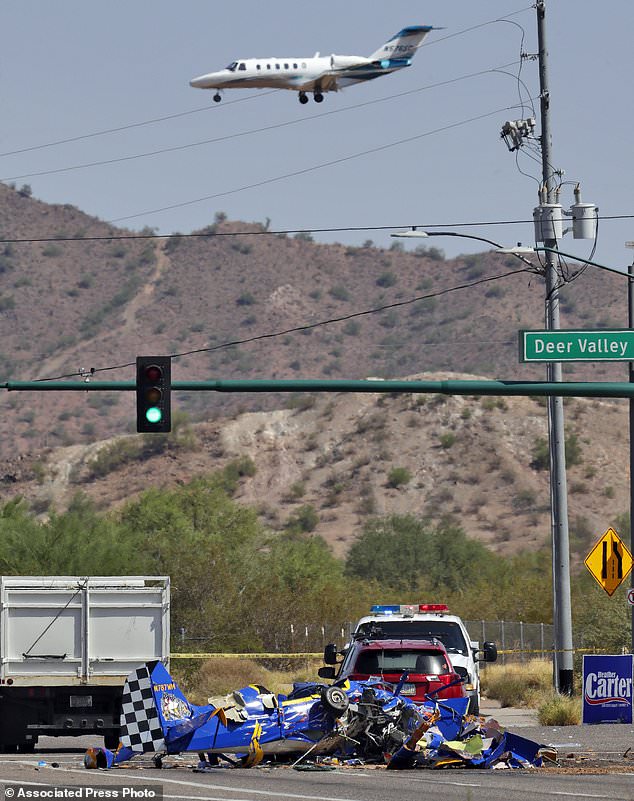 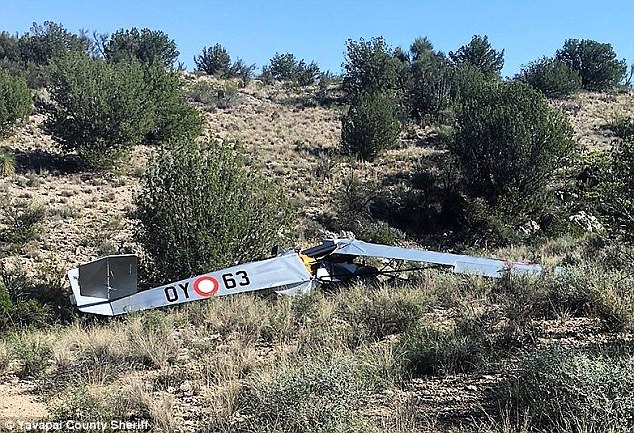 On Sunday night crews recovered the bodies of Glen Tenniswood, 68, and Ron Walker, 78, after their homemade plane crashed near Montezuma Castle National Park over the weekend ‘Air campers’ like the one Tenniswood was flying are home built planes with the plans and wood for the aircraft made available online.

Buyers then have to purchase the hardware, engine and coverings separately.

Both Tenniswood and Walker had active pilot’s licenses dating back to the early 2000s.