A photographer has jet-washed a Superman logo onto an alleyway at the back of his garden which can be seen from space.

Christopher Verity, 30, made the 80ft symbol after being inspired by Neil Buchanan’s ‘Art Attack’ – and it’s still there almost a year later.

He said his neighbours in Fleetwood, Lancashire, have only been ‘positive’ about the giant logo despite sharing the driveway.

The 80ft superman logo was created on a driveway in Fleetwood, Lancashire, by 30-year-old Christopher Verity using a jetwash 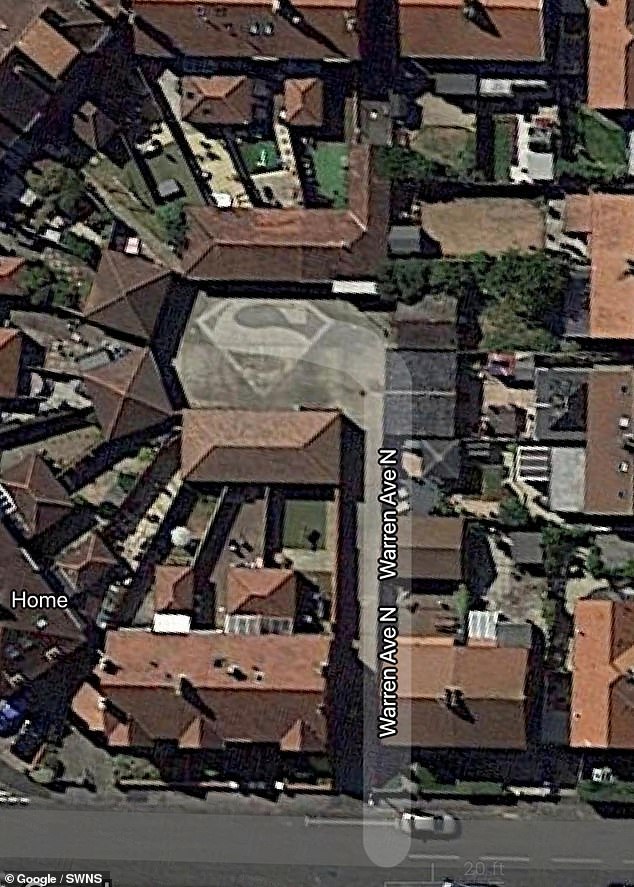 Chris used planks of wood to define the outside edges of the famous symbol before ‘chalking’ in the ‘S’ shape in the centre.

Despite being jet-washed in May 2018, the logo is still visible on the ground and can even be seen on Google Earth satellite images.

He said: ‘It is still there now.

‘I think it will stick around for a few years because the floor was very weathered before.’

Christopher said he was inspired by Neil Buchanan’s ‘Art Attack’ as a child and used the inspiration of his large-scale creations to design his own. 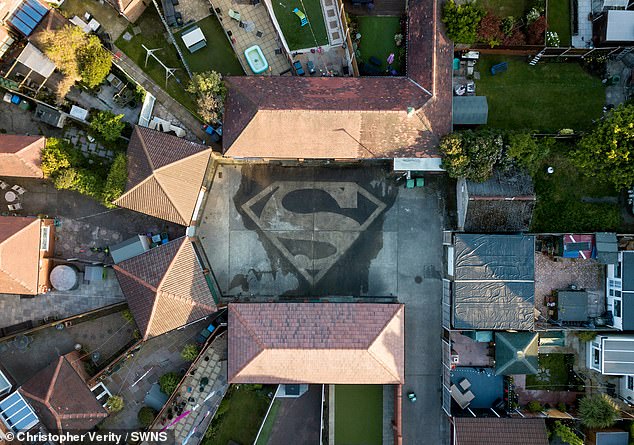 He was cleaning the driveway behind his home when he had the ‘random’ idea to create the widely known superhero logo.

Christopher, a full-time photographer, said he wanted to choose the ‘most distinctive’ symbol he could find.

He said: ‘It was pretty random really. I had jet-washed the drive a few years earlier and was annoyed at myself. 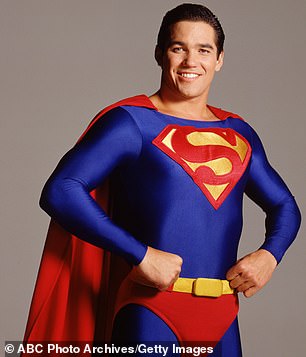 The symbol is associated with the hero superman, who was played by Dean Cain in 1995

‘I thought ‘I could have done better with the jet-wash then’.

‘This time, I thought I could create the logo.

‘So I got an example up on my phone and used the calculator app to scale the image up to eight foot by ten foot.

‘I used to love the program as a child. I was definitely inspired by art attack.’

Despite being in a shared alleyway with other neighbours, Christopher said he has ‘only had positive comments’.

He said: ‘People at first said ‘where has this come from?’

‘It has had a positive reaction from everyone, which is great.’

Christopher, who recently started photography full time, said he has plans to create another large-scale symbol when the Superman logo washes away.