Posters of topless women spotted in the background of a Rightmove advert have sparked a storm of mockery on Twitter.

The owner of the dingy terraced property appeared to have overlooked his explicit wall furnishings when he compiled his photos for the popular site.

Described as ‘a great investment opportunity’ by estate agent Suttons, the house in Coventry was listed for sale on April 26 at £85,000.

The room in the Coventry property which attracted so much attention. Topless and scantily-clad women have been plastered all over one of the walls

But it was not the grubby bathroom or cluttered corridors which attracted the attention of prospective buyers.

Instead, their gaze was drawn to the cramped double bedroom, where at least 30 pictures of scantily-clad women were plastered on the wall. 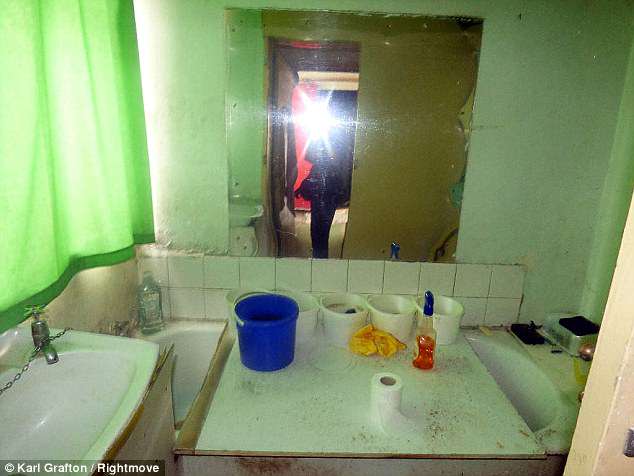 The bathroom of the dingy terraced property. A large slab of wood sits over the bath with some buckets, cleaning spray and a toilet roll on top 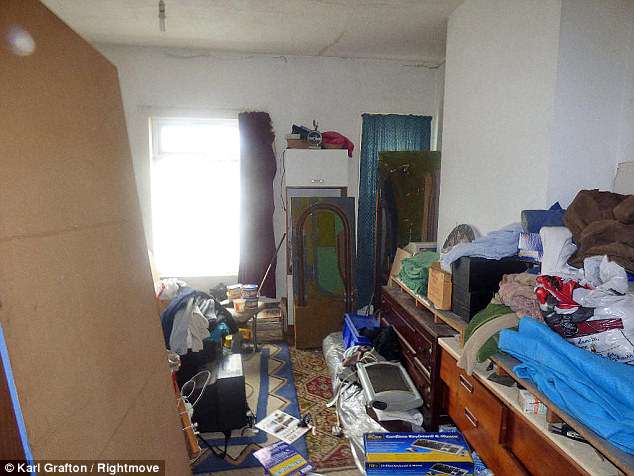 One of the cluttered rooms in the house. Clothes and other belongings are strew on the floor and furniture 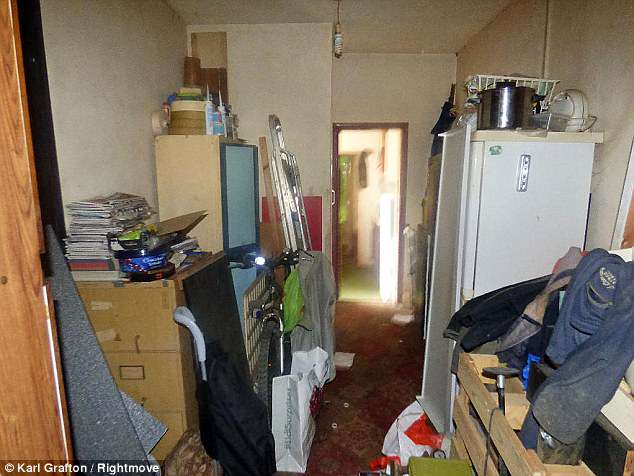 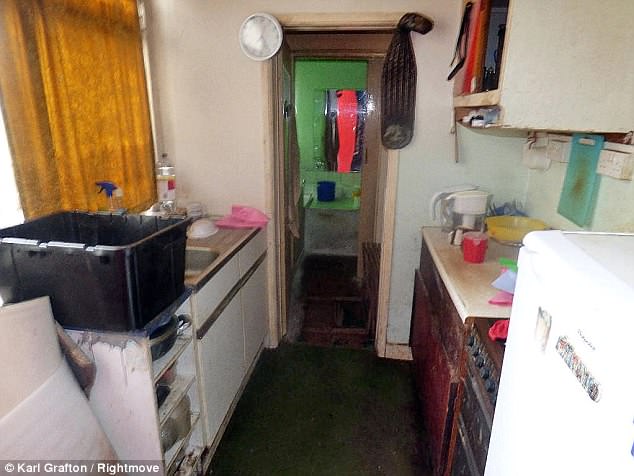 The kitchen in the shabby property, with cluttered worktops and dilapidated units

The property on Mulliner Street in the central England city boasts two reception rooms, a kitchen, a bathroom and two double bedrooms. 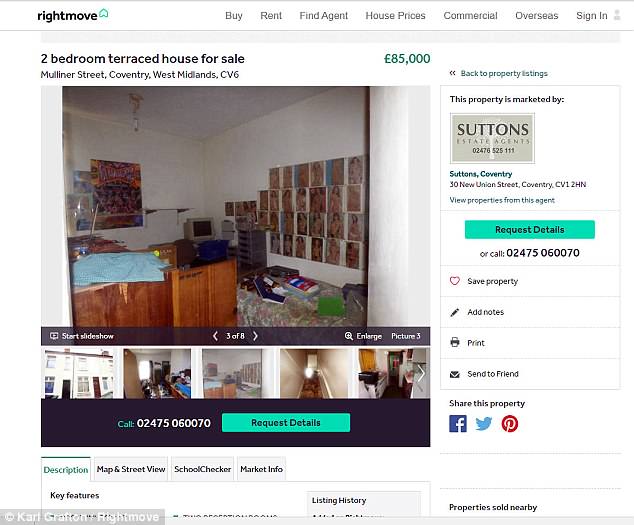 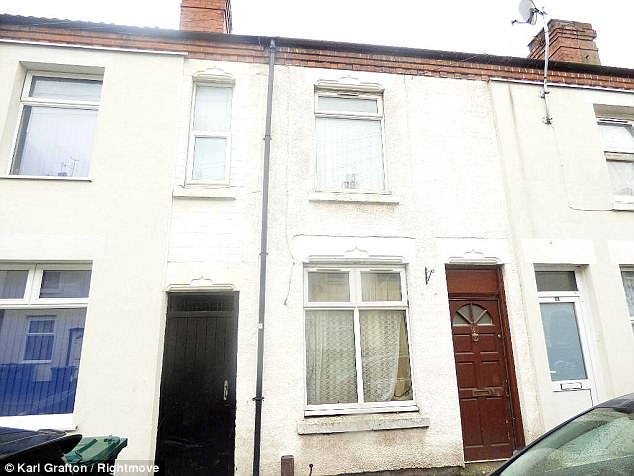 The cramped terraced property from the outside. It is described as ‘in need of full refurbishment’