A homeowner has slammed an Australia Post worker as ‘lazy’ for dumping a package right beside his letter box designed specifically to collect parcels.

The furious resident shared a picture on Thursday showing the parcel left beneath the letterbox – despite the ‘letters’ and ‘parcels’ section of his box being clearly labelled.

The resident told Yahoo the act was just ‘sheer laziness’ and ‘so dumb’ they felt they had to share it online.

Social media users were quick to comment on the picture.

‘Yeah something is definitely wrong here. They accidentally delivered your parcel instead of not even attempting to and leaving a card. Bizarre,’ a person wrote.

‘I once found a parcel in the hedge behind the post boxes. It had been there for about a month and I only found it because we were trimming said hedges,’ another added.

Many people online said the man was lucky to get his parcel at all, while others were more sympathetic with the Australia Post worker 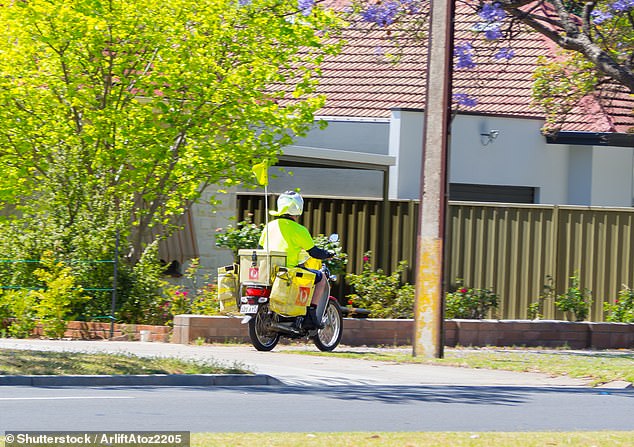 Other people has more sympathy for the delivery worker and said it was the low pay and working conditions that were to blame.

‘All I see is someone not being paid enough to care especially when they probably have another 100 parcels to deliver,’ a person wrote.

A spokesperson for Australia Post told Daily Mail Australia the situation was an exception to what normally happened with parcel deliveries.

‘The secure delivery of parcels is extremely important to Australia Post and the vast majority are delivered without any issues,’ a spokesperson said.