Homeowners made £92,000 more than they paid for their home

If you managed to sell your house this year, the chances are you made £92,466 on what you originally paid for it.

That’s the figure based on sellers who had owned their properties for an average of nine years.

Researchers found that 92 per cent of people who sold their homes across England and Wales in 2017 did so for more than they had paid for it, a slight increase on the previous year.

And nearly one in five (18 per cent) of sellers actually doubled their money.

With the exception of London, sellers in every region saw bigger gains than in 2016. Sellers in the capital still gained an average of £252,196 – over three times more than the average seller outside London at £76,367.

And around one in three Londoners who sold their home did so for at least twice what they had paid for it, according to the findings from estate agent Hamptons International.

Despite a cooldown in the London property market, sellers in Kensington and Chelsea gained more than anyone else in the country, an eye-watering average of £940,494 – albeit less than the £1,060,875 gain there in 2016. 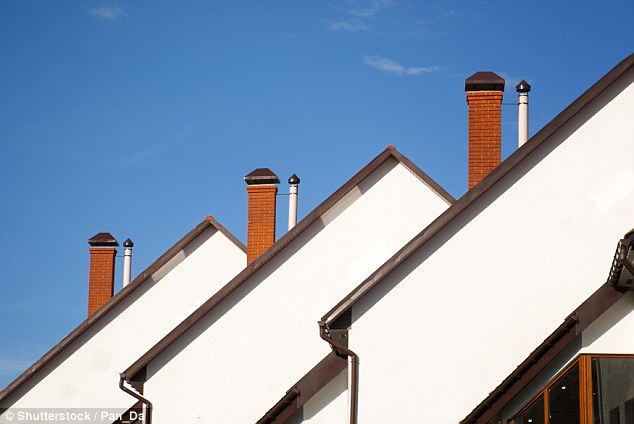 With the exception of London, sellers in every region saw bigger gains than in 2016 with 18 per cent actually doubling their money

The smallest average gain was in Burnley, at £19,639. The report tracked repeat sales of properties using Land Registry figures to make the findings.

Sellers in the North East of England were found to be least likely to make a profit, with just under 79 per cent doing so.

And in a change from last year, sellers in the South East are now more likely to sell their home for a profit than those in London, at 97.6 per cent versus 97.4 per cent. Johnny Morris, head of research at Hamptons International, said: ‘House prices have grown considerably over the nine years the average seller has owned their home.

‘Many sellers will have added value by renovating, extending or developing but the bulk of their gains come from price growth.

‘The London housing market has been cooler than the rest of the country in 2017, but London sellers still make the largest gains, by a long way. This year the average London seller bought their home nearly nine years ago and has seen its value rise by more than quarter of a million pounds.

‘Even with slowing price growth, most owners are still sitting on plenty of growth from previous years.’