Homeowners share the annoying design flaws in their houses as a warning to others – so can you spot the issues?

Renovation projects usually start out optimistically as owners seek to improve their home with a beautiful new living space.

And while many make it through successfully and are pleased with the results, there are often several little design flaws that only come to light with frequent use.

So, to warn others about their mistakes, Australian homeowners have shared the most annoying flaws in their home renovations and how they would have done things differently if they had their time again.

The smaller cupboard on the left contains a pull out bin. The cupboard on the right is the pantry. Because of the handle placement, you can’t have both open at the same time

While some are clearly noticeable, others are harder to identify.

‘Let’s start a post sharing little things that annoy us in our home designs so that others can keep them in mind when designing their homes,’ one home owner shared on Facebook.

The woman posted photos of two side-by-side cupboards in her kitchen, and revealed how the handle placement means only one door can open at a time.

‘The smaller cupboard on the left contains our pull-out bin. The cupboard on the right is our pantry. The handle placement means you can’t have both open at the same time,’ she said. 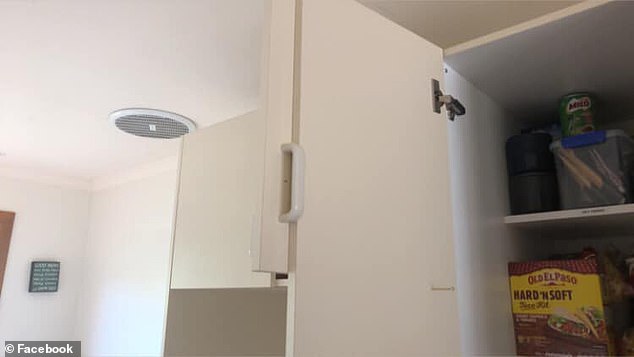 ‘My cupboard above the fridge and pantry door cupboard lock together, if both opened at the same time – and you have to close the overhead cupboard first to fix it,’ one man wrote 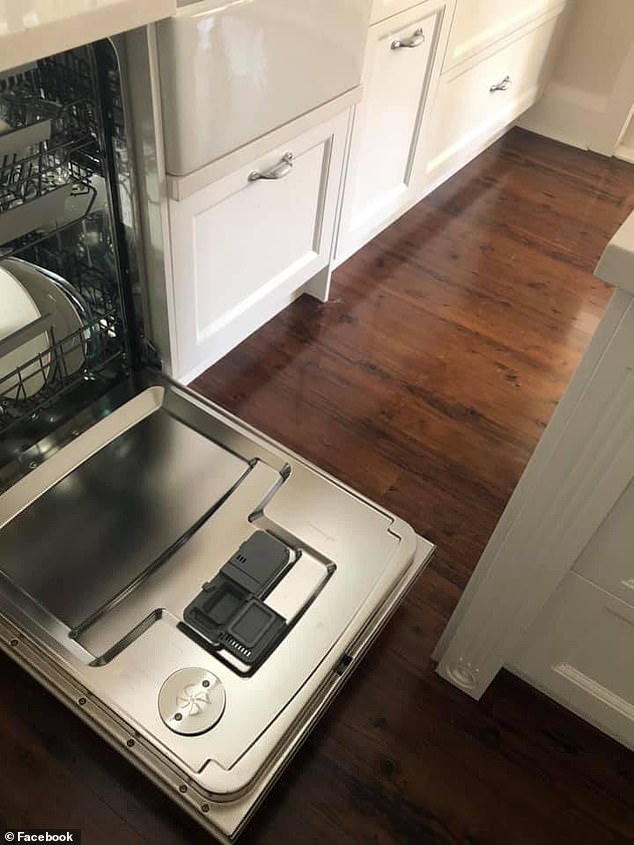 ‘When the dishwasher door is open, no one can walk past. It’s very annoying as when I go to stack the dishes, someone always wants to get past,’ a frustrated woman wrote 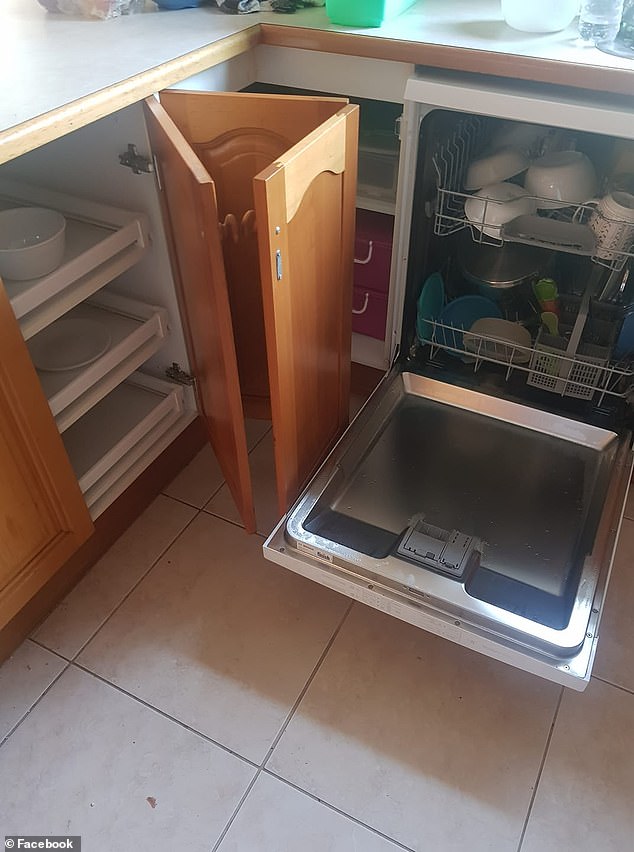 What are common design disasters?

* Lack of space causing cupboard doors to ‘lock together’

* Dishwasher doors preventing anyone from entering the space

Another shared a photo of two cupboard doors ‘locked together’ when opened at the same time.

One posted an image of a dishwasher with the door open, close to an island bench top, restricting anyone from entering the space.

Meanwhile, a fridge with the ice tray at the bottom proves to be a balancing act for one, with water spilling onto the floorboards. 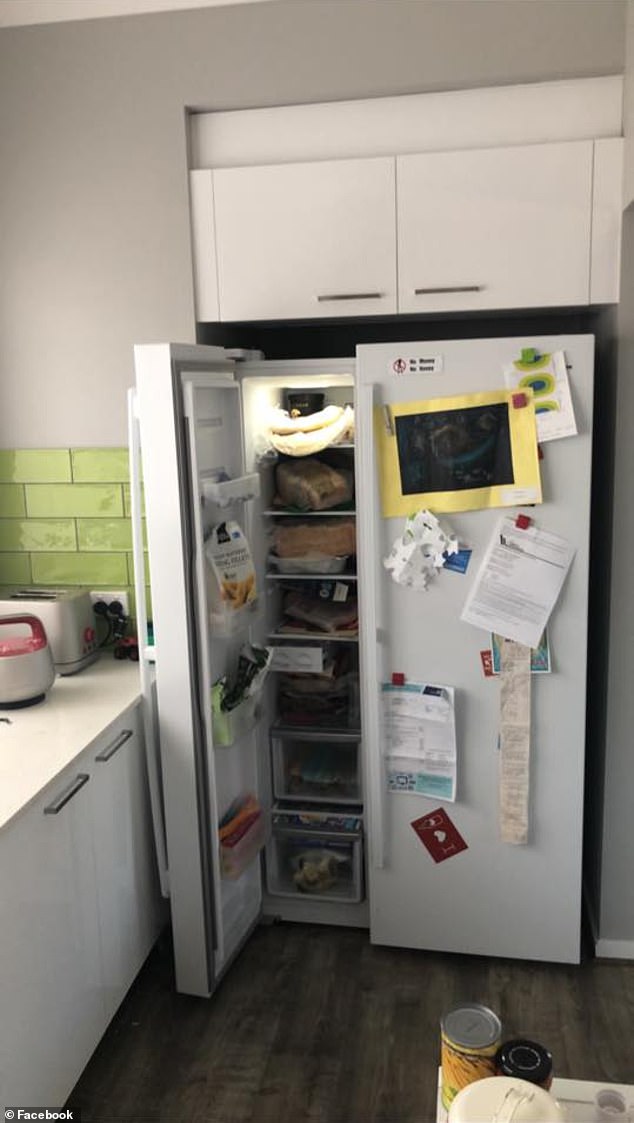 ‘This is my fridge in the pantry. I can’t open the bottom drawer fully. Refilling the ice tray is a balancing act that ALWAYS results in water on the floor,’ a woman wrote of her fridge 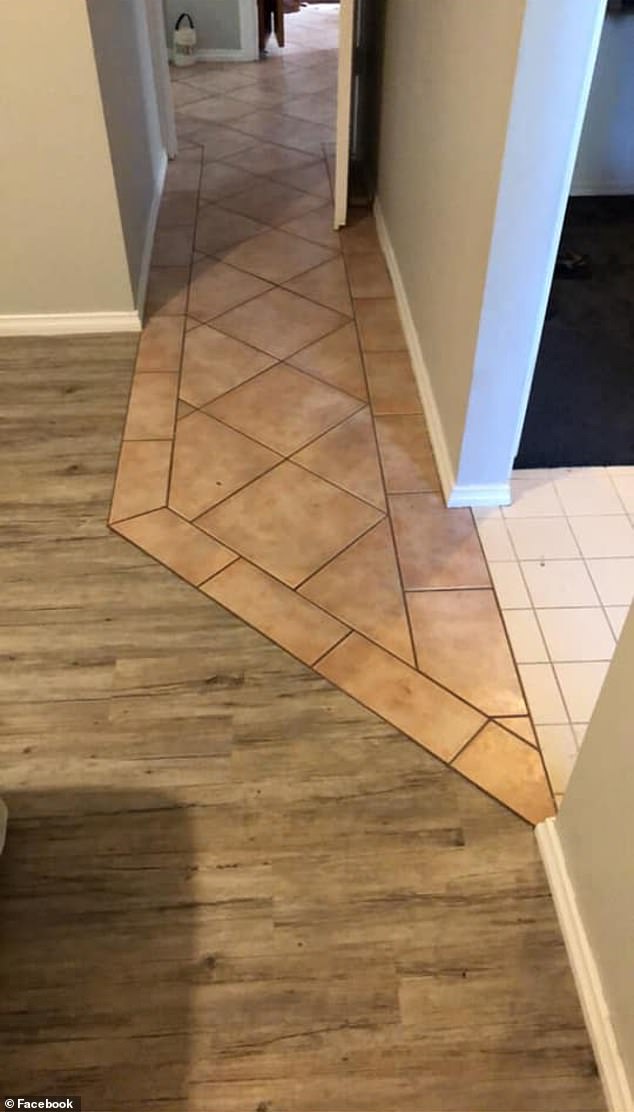 One woman has had quite the disaster with aesthetics, with three different flooring patterns at the entrance to her bedroom

One woman has had quite the disaster with aesthetics, with three different flooring patterns at the entrance to her bedroom.

Another visual nightmare involves a woman noticing how the marble splashback in her kitchen, from afar, appears to resemble the image of an animal.

While a couple’s shower offers plenty of room, one husband and wife have to take turns in showering due to the placement of the shower head. 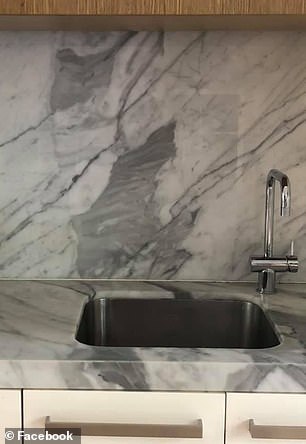 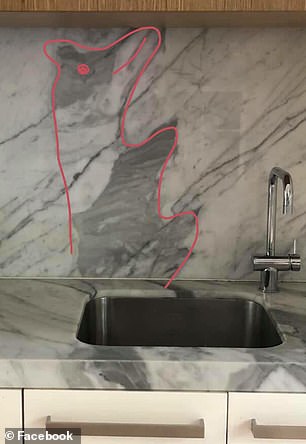 Can you see it? Another visual nightmare involves a woman noticing how the marble splashback in her kitchen, from afar, appears to resemble the image of an animal 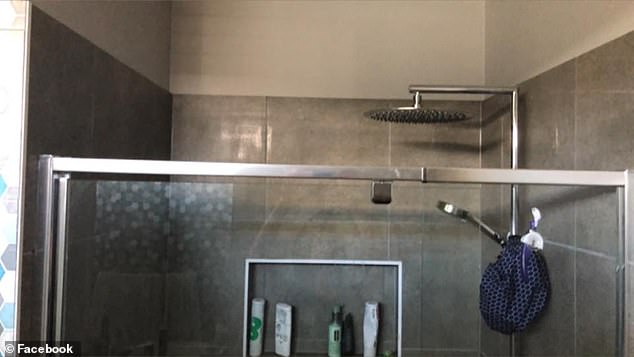 ‘This is our shower head. We both fit in the cubical, but we have to take turns under the water,’ a woman said of her roomy shower and very small shower head