Data released by a civic group in Mexico showed that the homicide rate increased by 71 percent during President Andrés Manuel López Obrador’s first 18 months in power.

Using stats compiled by the National Public Security System, Causa en Común published a report on Monday that found that 45,538 people were murdered between December 2018 and May 2020.

Over the same time frame, from December 2012 to May 2014, authorities under the watch of his predecessor Enrique Peña Nieto reported 26,633 killings.

Together with Mexico’s rising death toll from the coronavirus pandemic, the violence could bring an end to a honeymoon for the president who famously promised to tame organized crime with ‘hugs not bullets’ and said Mexico is no longer in the business of detaining drug capos.

Mexican President Andrés Manuel López Obrador has seen a 71 percent increase in murders during his first 18 months in office compared to his predecessor Enrique Peña Nieto. On Wednesday, the Mexican leader initiated a three-day tour of three of the country’s most dangerous states 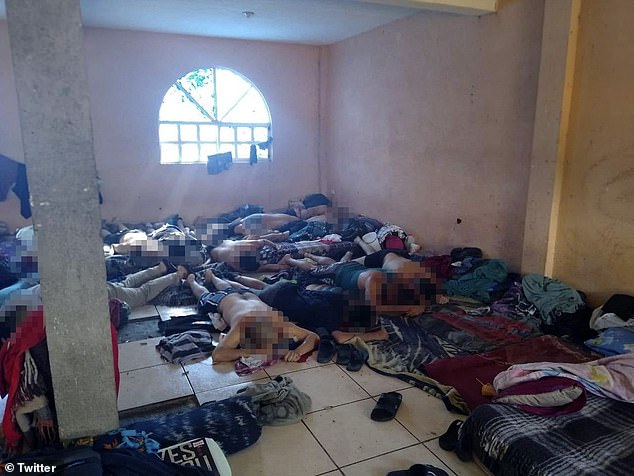 Twenty-six patients and one visitor were massacred at a drug rehab facility in Irapuato, Guanajuato, on July 1

The homicide figures for López Obrador by far overwhelmed those that were reported by the National Public Security System during the first 18 months of Felipe Calderón mandate.

Calderón, who was in office from 2006 to 2012, has often been a punching bag of López Obrador and has been blamed for the ongoing cartel violence that has engulfed the country as a result of Calderón’s decision to declare war on drug cartels at the start of his presidential term when he sent in the military to his home state of Michoacán.

The strategy paid off dividends during his term in office as Mexico captured or killed 27 of 37 drug lords. However, a Congressional Research Service report showed that more than 150,000 murders since 2006 were tied to criminal organizations. 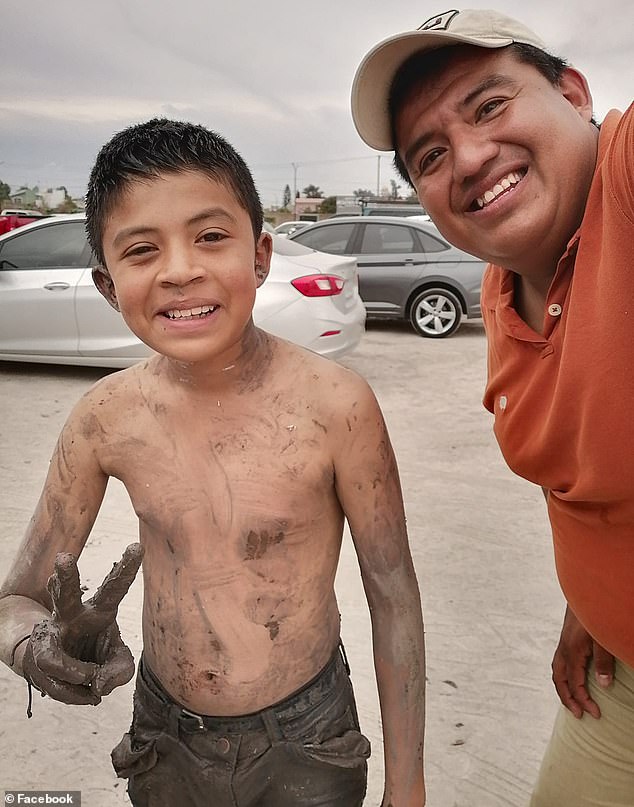 Leonardo Ortiz (left), a 12-year-old boy from Salamanca, Mexico, was one of five people murdered by armed gunmen who attacked a restaurant in March in Salamanca, Guanajuato. Pictured to the right is the victim’s father, Juan Francisco Ortiz, who was not injured in the shooting

While López Obrador has pointed toward the opposition governors for the violence, the opposition cites his ‘hands-off’ policy with cartels. In June, López Obrador admitted he gave federal authorities the green light to release Joaquín ‘El Chapo’ Guzman’s son, Ovidio Guzmán, after Sinaloa Cartel gunmen staged a massive attack to win his freedom after he was captured at his home in Culiacán.

The murder rate over the first 18 months of López Obrador’s presidential term come at a tough moment in which the leftist leader is still grappling with ways on how to slow a national problem that has left scores of innocent civilians dead.

On Wednesday, López Obrador kicked off a three-day tour of three of Mexico’s most violent states.

López Obrador spent part of the day in the central state of Guanajuato, where the Jalisco New Generation Cartel and the local Santa Rosa de Lima gang are engaged in a fight that has left over 1,900 people dead in the first five months of this year, including the slaughter of 27 people at a drug rehab center in Irapuato on July 1.

According to López Obrador, 70 per cent of these killings occurred between criminal groups.

During Wednesday’s daily morning press briefing, the president called for unity instead of casting blame on one another after he had called on Guanajuato governor Diego Sinhué Rodríguez to reform the law enforcement division following the Irapuato massacre.

‘In this case, instead of blaming each other, what has been decided is to join us to give security to the people of Guanajuato, a joint strategy is already being implemented, led by the governor,’ López Obrador said.