Homophobic Puerto Rico governor DENIES reports that he has stepped down

‘Governor Ricardo Rosselló Nevares has not resigned and continues in Puerto Rico,’ said Anthony Maceira, the secretary of public affairs, in a press release.

‘As he said yesterday, he is in a process of reflection and listening to the people.  … Due to the environment of expectation, at the moment, there are incorrect rumors that are being disseminated, even some in the media.’ 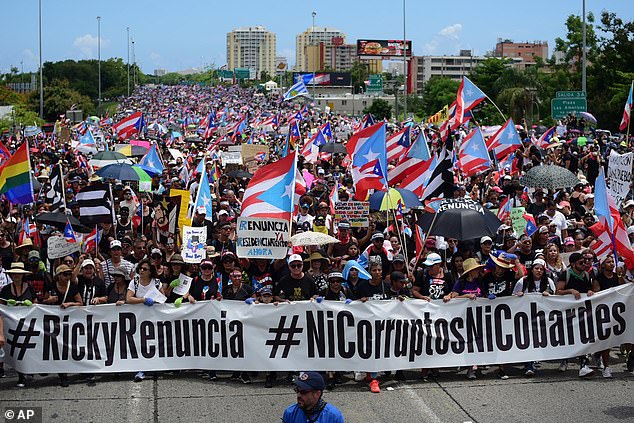 Residents in Puerto Rico has protested for 12 consecutive days as they seek the resignation of the U.S. territory island. 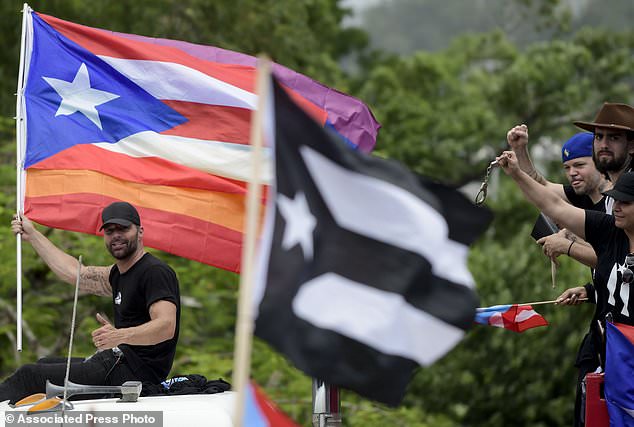 Puerto Rican singer Ricky Martin holds a Puerto Rico flag as he participated  in a protest July 19. He was the target of anti-gay remarks made in a private chat between the governor of Puerto Rico and his aides

According to El Nuevo Día, Rosselló with Carlos Méndez, the President of the Puerto Rico House of Representatives, earlier in the morning and was informed that an impeachment process has been initiated.

‘It was done in person, looking into his eyes, I spoke to him clearly,’ Méndez said.

At least 889 pages of the chat on the encrypted app Telegram were revealed July 13 by the Center for Investigative Journalism. Méndez then followed suit by instructing a panel of three lawyers to review the private messages.

Three of them fall within the Criminal Code and another two within the Government Ethics Laws.

Méndez said the impeachment process will be stopped if Rosselló steps down.

Justice Secretary Wanda Vázquez would be in line to fill in as the Caribbean island’s interim leader as the as the United States’ territory island entered its 12th consecutive day of demonstrations. 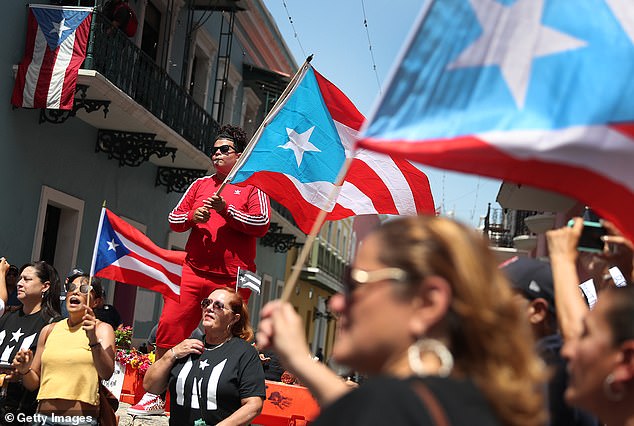 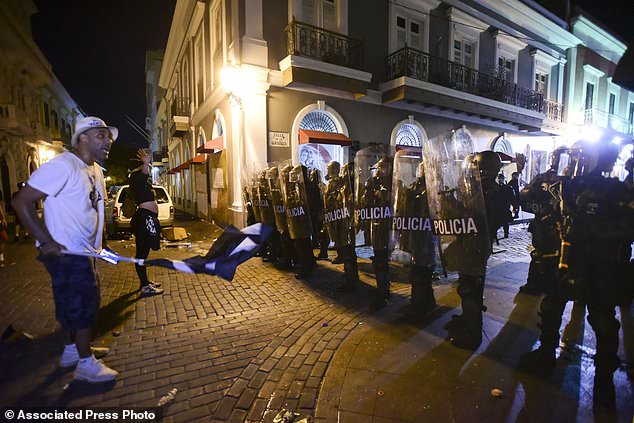 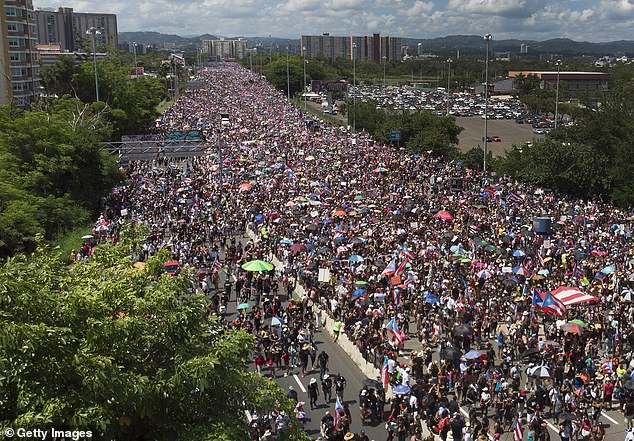 Thousands of people filled Puerto Rico’s biggest highway on Monday to try and oust the governor. Rossello has said he will not run for reelection but that he will not resign

However, protesters are expected to soundly reject her naming to the top post because of her strong allegiance to Rosselló.

U.S. President Donald Trump, who feuded with Rosselló in the aftermath of Hurricane Maria in 2017, blasted the governor at the White House on Monday.

‘He’s a terrible governor,’ Trump said. ‘You have totally grossly incompetent leadership at the top of Puerto Rico.’ 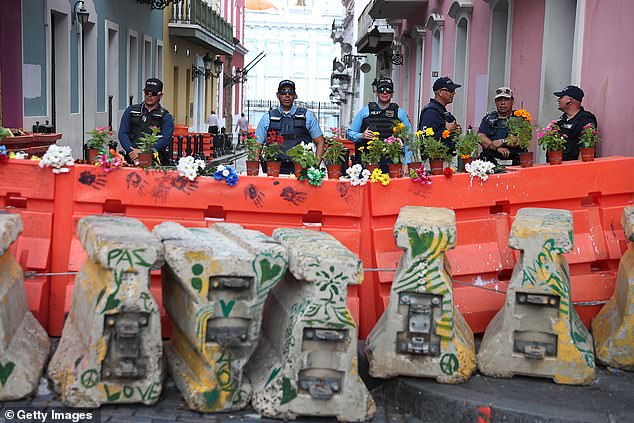 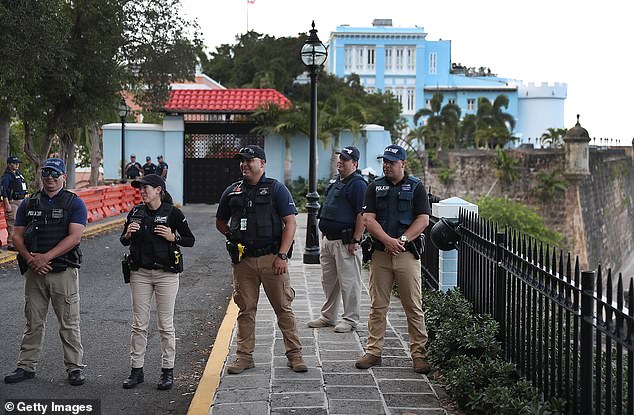 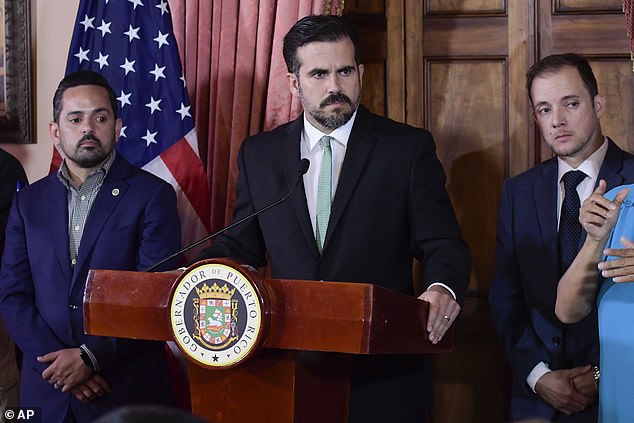 The reckless remarks targeted constituents, including the victims of Hurricane Maria in 2017.

The island of 3.2 million people has been rocked by multiple crises in recent years, including a bankruptcy filing.

Over half a million people took to the streets of San Juan on Monday, by far the largest number of protesters registered in any of the demonstrations.

On Tuesday, a several hundred demonstrators made it to La Fortaleza, the governor’s mansion, to air out their grievances.

El Barrio Socialbar, in San Juan, has offered its customers free beers for an hour the day Rosselló steps down.

Late Monday night, the Department of Justice in San Juan issued search warrants for all of the devices that were used to transmit the scandalous messages.

A spokesperson with the DoJ told DailyMail confirmed Rosselló handed in his cellphone last week.

The DoJ spokesperson couldn’t confirm whether the other eight phones were recovered.