A homophobic man on the New York City subway punched a woman, knocked her down and broke her spine when he saw another passenger kissing her on the check.

Police have released video of the irate strap-hanger confronting the 20-year-old woman on an E train in Queens in hopes of finding him to press charges.

The upsetting incident happened on November 30 at around 5:10pm.

According to police the man became angry when he saw another woman kiss the  victim on the cheek. 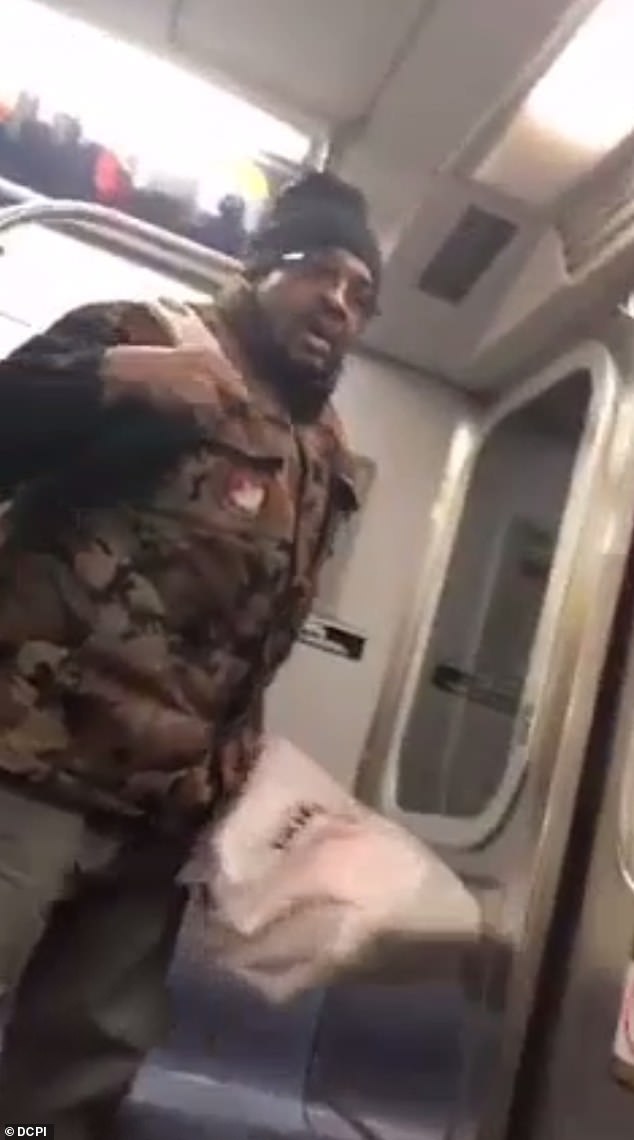 Cops say the incident left her with a fractured spine. They are asking the public for help identifying him

An argument ensued with the suspect calling the victim a d**e.

The woman tried to walk away from the incident but the man followed her off the train.

He walked up behind her and punched her in the back of her head.

Then he threw her on the ground and she hit her head on the on the train floor.

When the train stopped at Forest Hills 71 Av station, the man ran off.

The victim was taken to Elmhurst Hospital with a fractured spine.

Do you know this man? Police are looking for this man who they say attacked a woman

In the video he is wearing a camouflage vest, a black beanie and glasses.

The NYPD’s Hate Crime Task Force is investigating the assault.