Millionaire entrepreneur and socialite Sir David Tang, a friend of A-listers and royalty from Princess Diana to Kate Moss, has died at the age of 63.

Sir David recently invited friends to London’s Dorchester Hotel, where he set up the China Tang restaurant, for a ‘farewell party’ after hearing he had a month or two to live.

Sir David Tang, who mingled with stars including Princess Diana – with whom he is pictured in Venice, June 1995 – has died aged 65 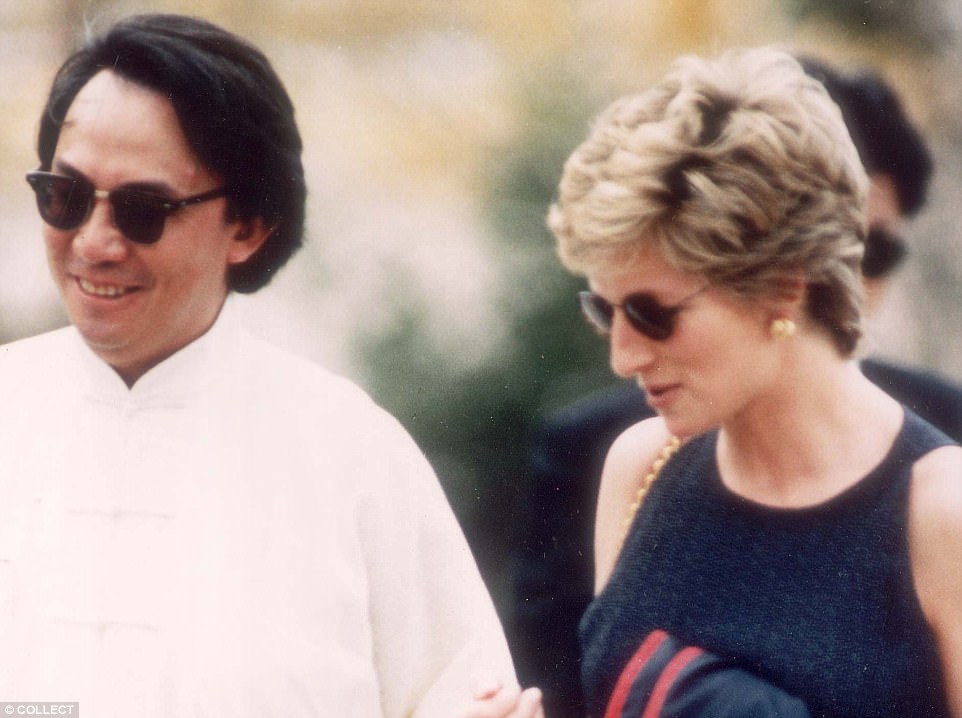 Sir David arrived in Britain from Hong Kong without any English but soon rose to become a friend of celebrities including Princess Diana, who he once hosted at the China Club 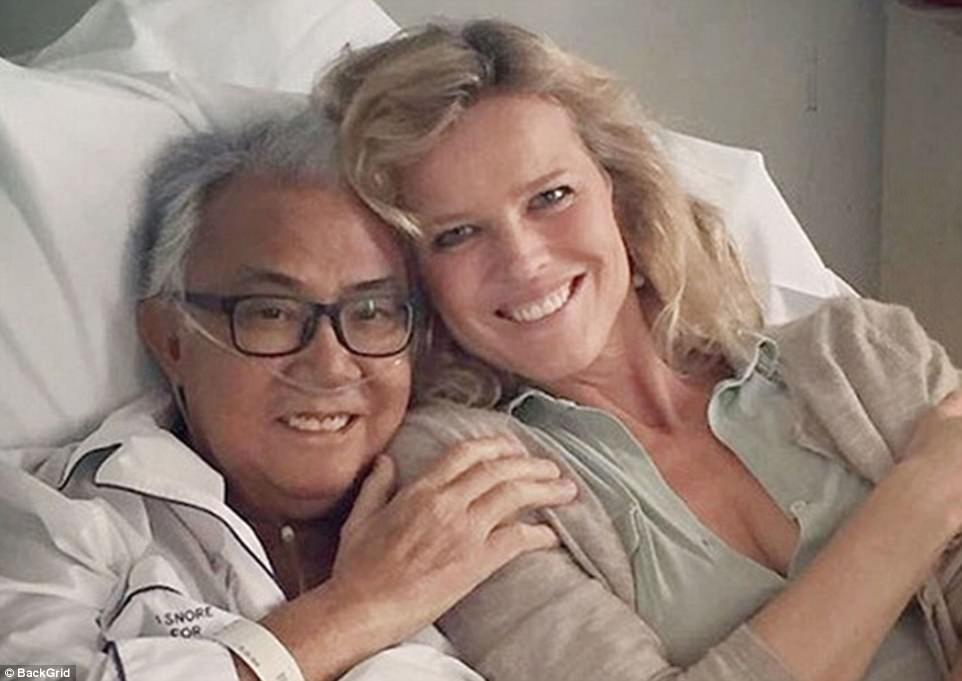 Sir David is seen in hospital six days ago alongside Czech model Eva Herzigova, one of the many stars with which he shared his extraordinary life 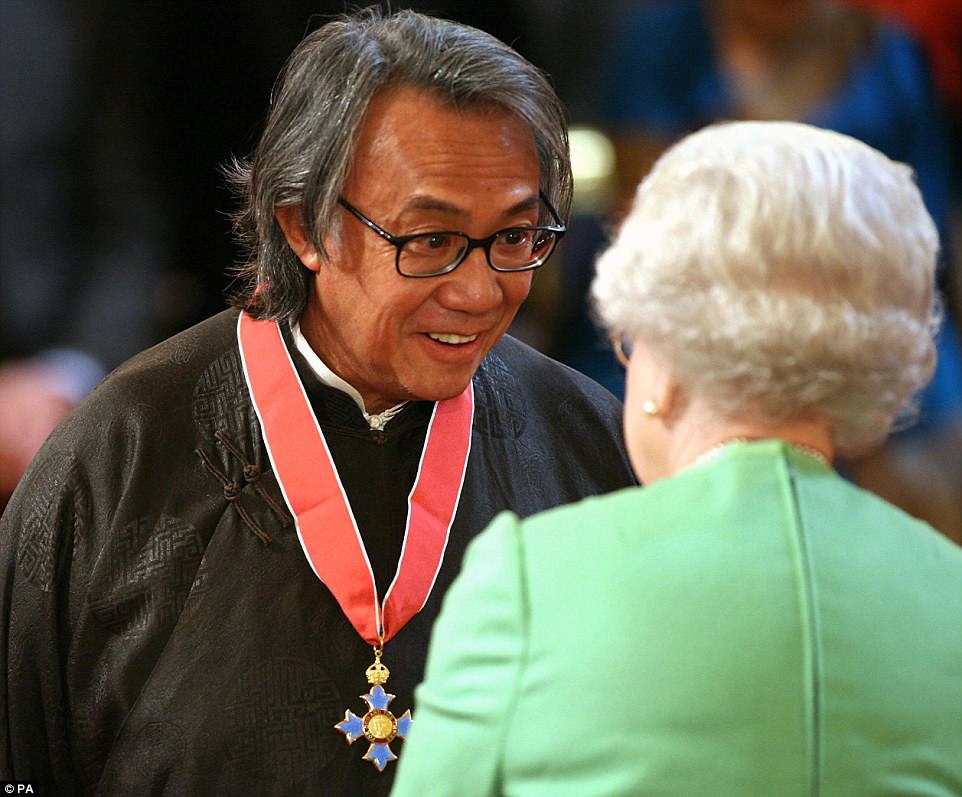 Inviting friends to the party, he wrote: ‘The best way to go would be to give a party where we can see each other at least one time more, rather than at a memorial service where I shall be dead as a dodo’.

Sir David’s death was mourned on social media by leading figures from the worlds of showbiz and businesses.

‘He will be sorely missed as a friend and FT columnist,’ tweeted Lionel Barber, editor of the Financial Times, for which Tang wrote a popular ‘Agony Uncle’ column.

Born in Hong Kong as the grandson of well-known philanthropist Tang Shiu-kin, Sir David arrived in Britain without a word of English.

But following an education at Cambridge University, he rose to become a millionaire socialite renowned for his charity work.

In 1994, he founded the high-end fashion chain Shanghai Tang in 1994 and later sold it to luxury group Richemont. 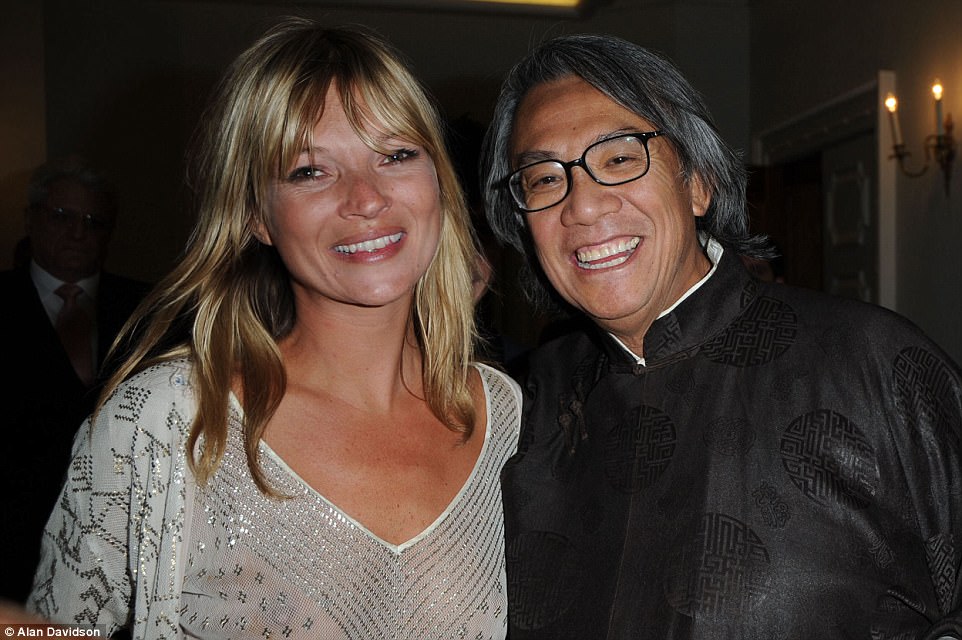 Sir David was also friends with model Kate Moss, with whom he is pictured at The Orchard Suite at The Dorchester Hotel after receiving a knighthood from the Queen in 2008 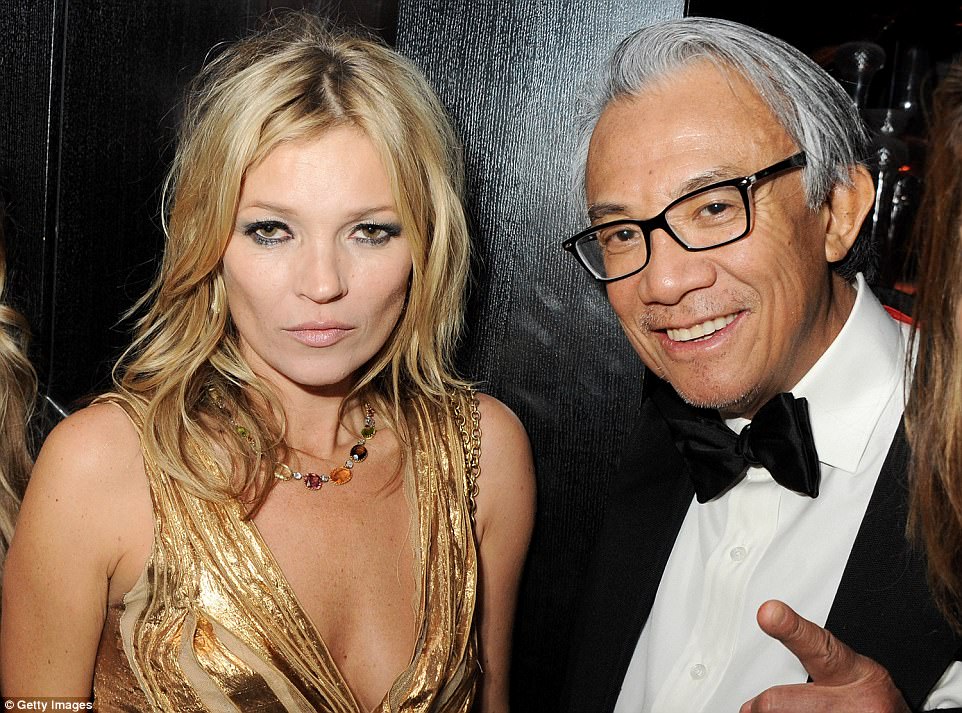 Sir David attends an after party celebrating the launch of Kate: The Kate Moss Book in London on November 15, 2012 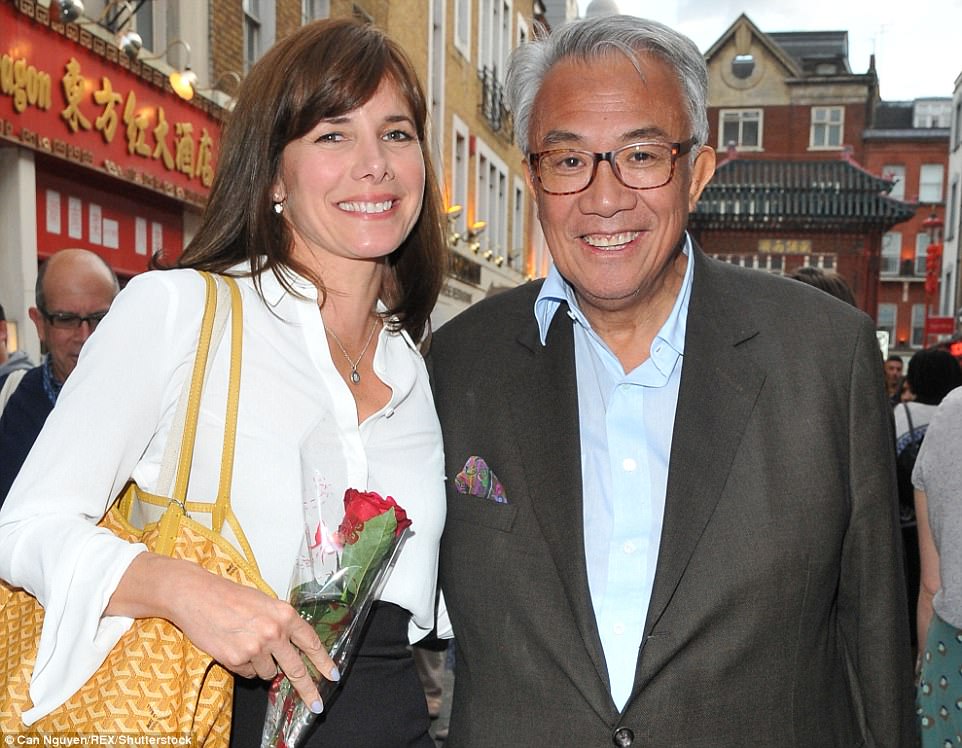 Aside from his fashion label, Tang was known for his love of cigars.

He founded the Pacific Cigar Company and was the sole distributor of all Cuban cigars in the Asia-Pacific.

When asked by the Financial Times in 2010 about how he would like to be remembered, he said: ‘When I am dead, I hope it may be said: His sins were scarlet, but his books were read.’

Sir David was awarded a knighthood in 2008 by the Queen for his charitable services in the UK and British interests in Hong Kong, where he was born. 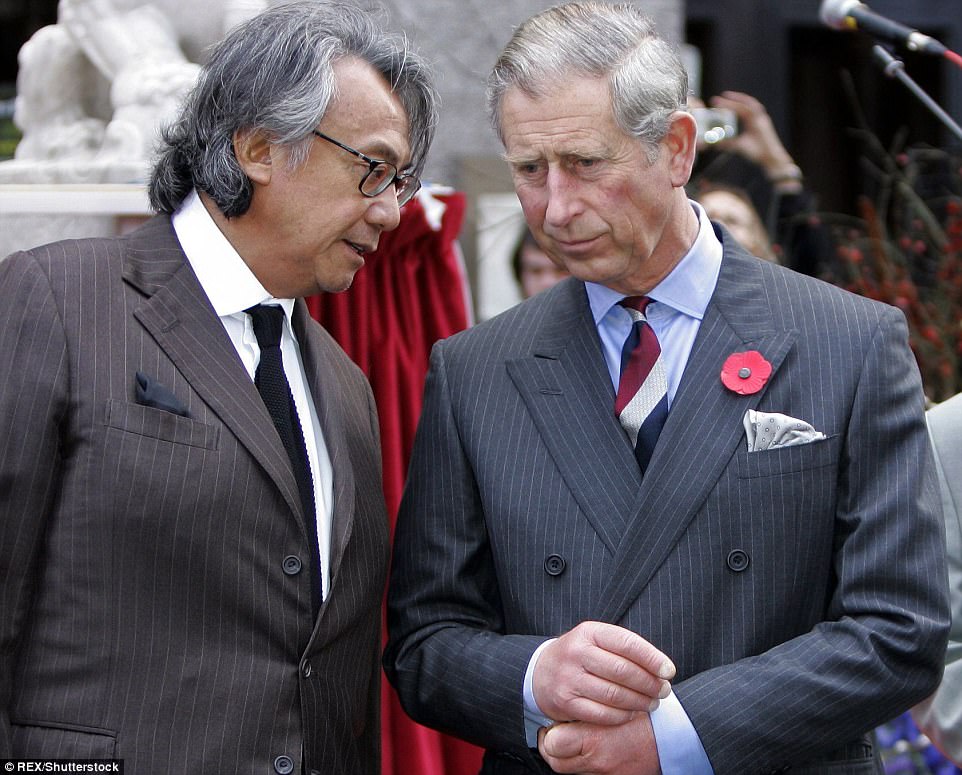 Sir David is pictured with Prince Charles on a visit to Chinatown in London on November 1, 2007 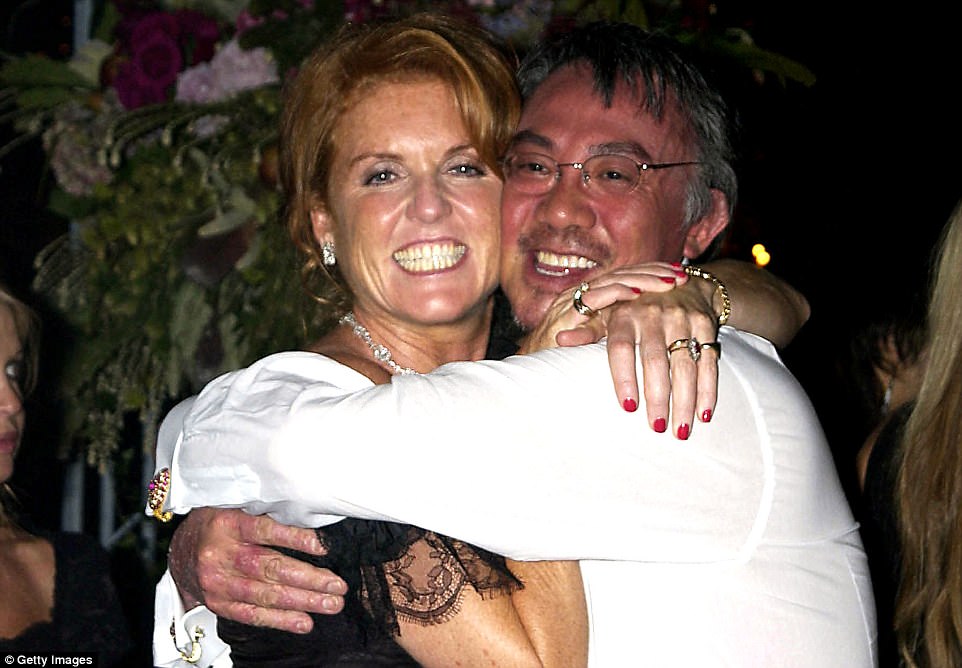 Sir David is pictured with Sarah Ferguson, the Duchess of York, at a party in the Tower of London on September 13, 2002 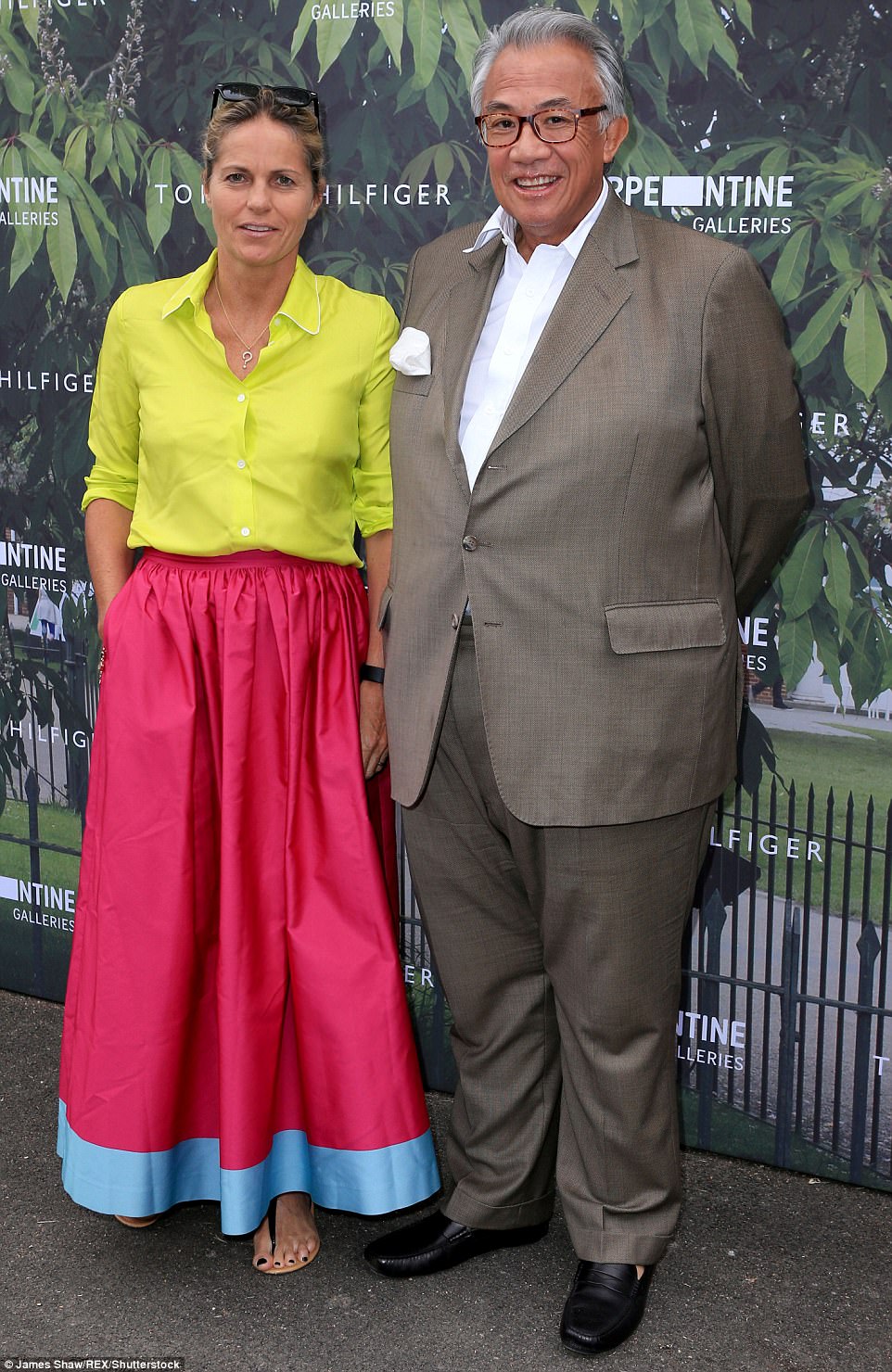 Sir David died at the Royal Marsden Hospital in London alongside his wife, Lucy, with whom he is pictured at The Serpentine Gallery Summer Party on July 6, 2016

Mr Venters, 45, who had known him for a decade, said he was informed of the death by Sir David’s wife, Lady Lucy Tang.

‘He was one of life’s unique people who had an extraordinary network of people from all walks of life. He was a very generous, kind-hearted, spirited individual,’ Mr Venters said.

‘Personally, I think the world is a little duller for the loss of David and at such a relatively young age.’

Mr Venters said the socialite first came to Britain ‘some 50 years ago’ and arrived ‘without being able to speak a word of English’, according to a friend.

He  said Sir David’s party memorial was due to take place in the ballroom at the Dorchester on September 6, but that ‘sadly he didn’t quite make it’. 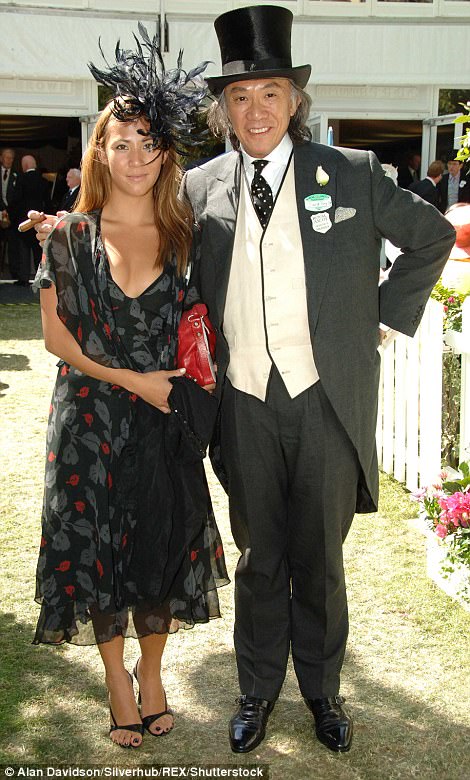 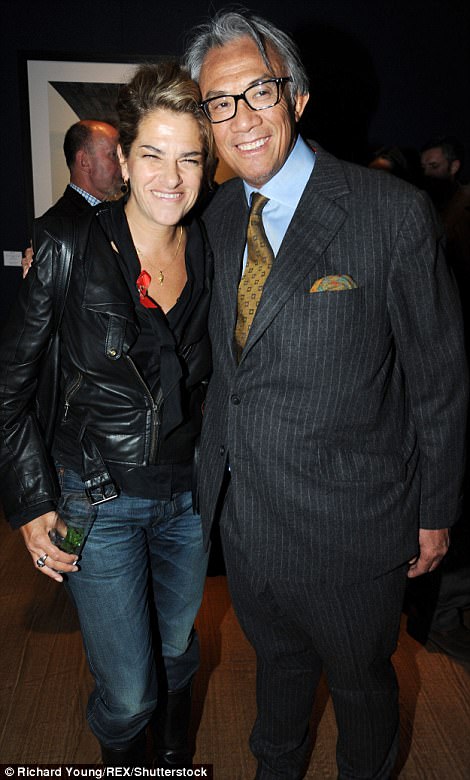 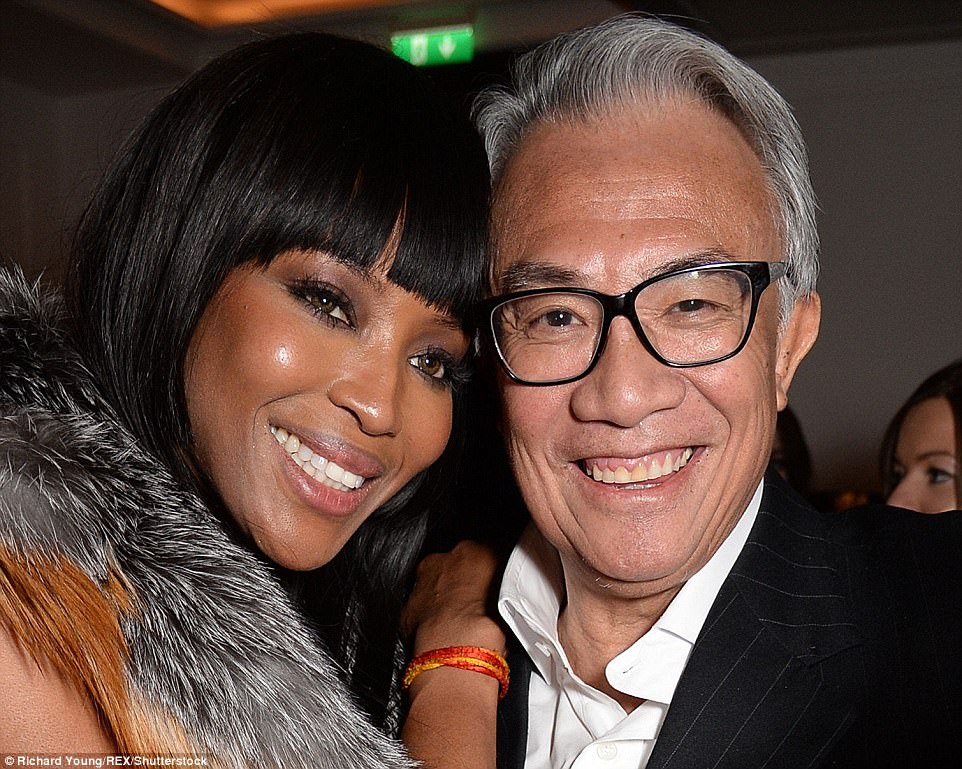 Sir David with Naomi Campbell at a book launch hosted by Taschen and Burberry in London on April 19, 2016

Mr Venters explained: ‘David had been unwell on and off for a period, but actually his recent illness is a relatively short (one) – this has all happened in the last four weeks.

‘There was an understanding amongst his friends, and hence why he organised a memorial, that by definition he was not going to come through. It was a matter of time.’

Sir David who read philosophy at university and later law – and taught at Peking University in 1983 – was described by Mr Venters as a ‘hugely intellectual man’ who was ‘very clever and very well read’.

Recalling one of his favourite memories of his friend, Mr Venters said: ‘When I went to visit him in hospital a couple of times in the last month, the chefs would prepare freshly made scotch eggs and a jar of piccalilli.

‘He would be a fierce critic if the scotch eggs were in any way inferior. I always lived in fear that one day our scotch eggs wouldn’t be quite up to it.’

Sir David died on Tuesday evening at the Royal Marsden Hospital in London, where he had spent the last few weeks. His wife Lucy was at the bedside. 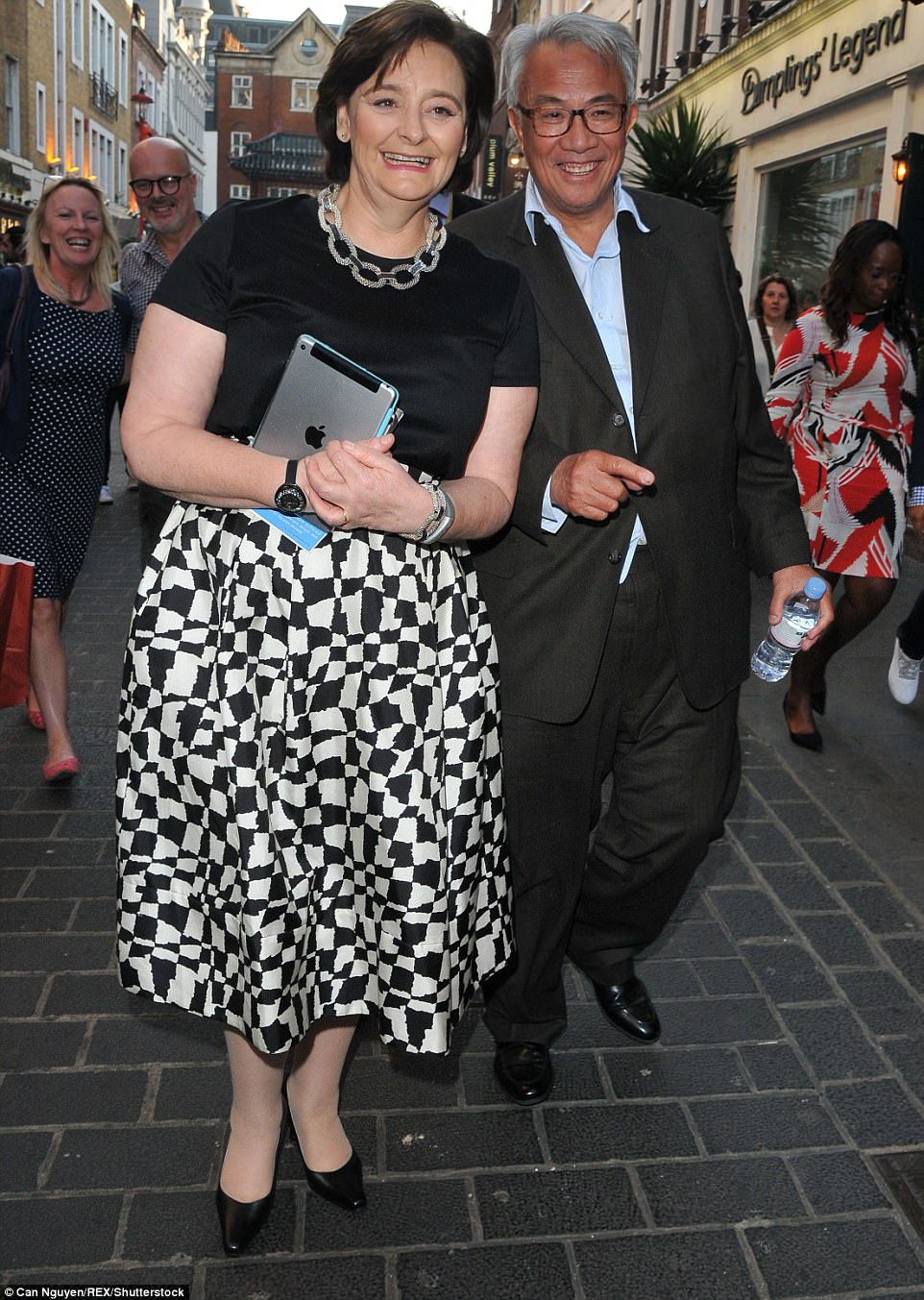 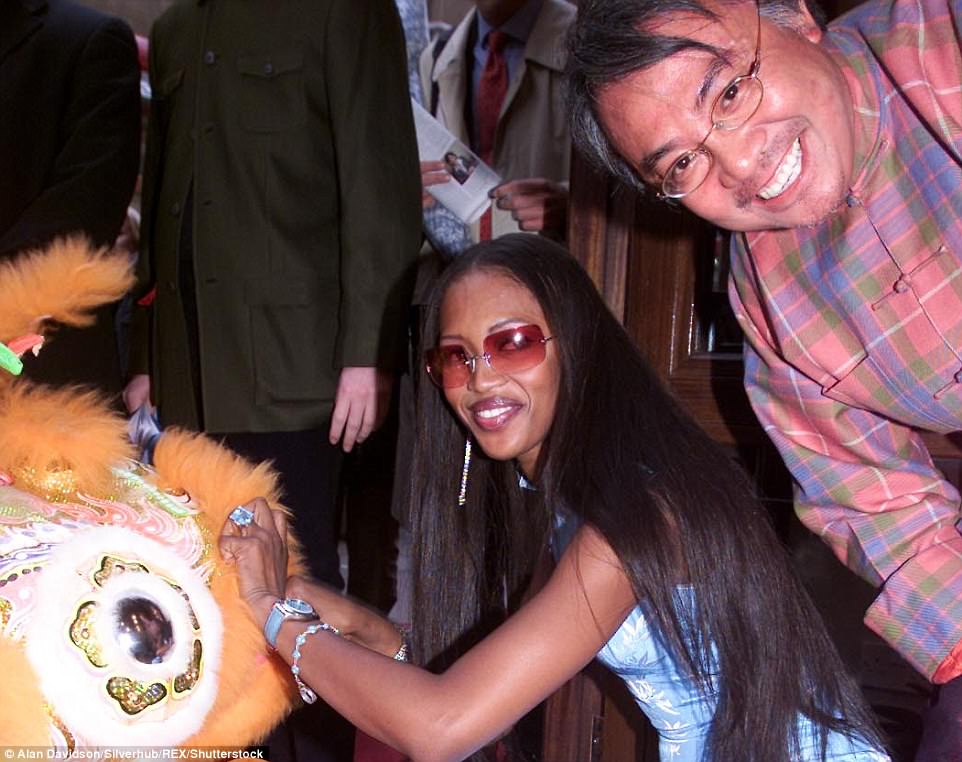 The socialite pictured with Naomi Campbell at the opening party of Shanghai Tang Sloane Street, part of the chain he founded in 1994 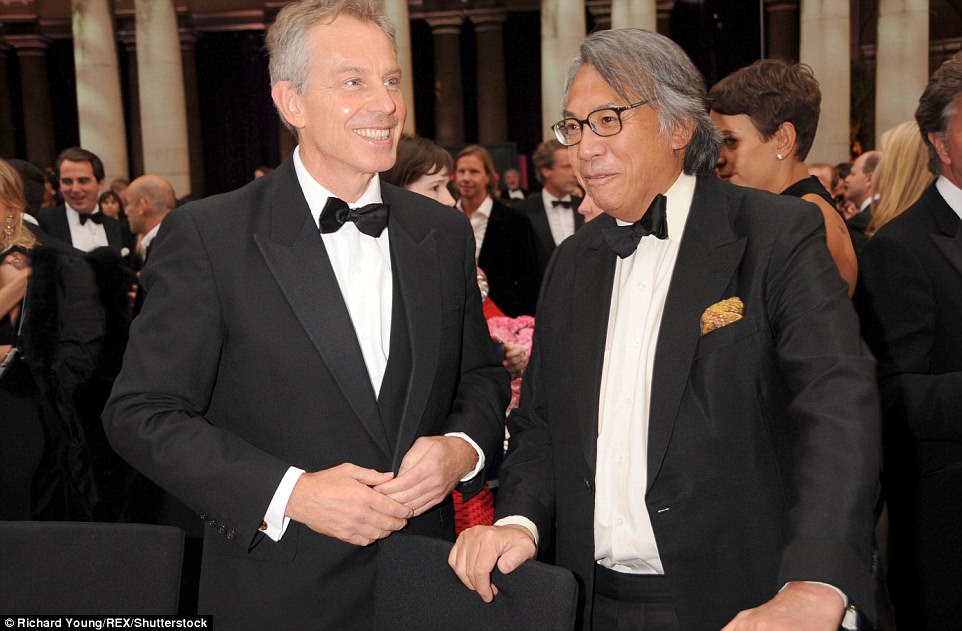 Sir David with former Prime Minister Tony Blair at The Ark Charity Gala at The Old Naval College in Greenwich on June 5, 2008