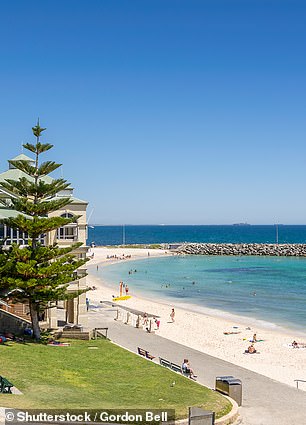 ‘The West is very well-placed to attract its own fair share of talent that might be considering a move from Hong Kong,’ Mr Wright told Perth radio 6PR’s Gareth Parker on Friday.

Perth is in the time zone as Asian financial hubs Hong Kong, Shanghai, Taipei, Manila and Denpasar, which makes it more conducive to doing regional business than cities on Australia’s east coast.

Western Australia, however, is a major exporter to China of iron ore, the key material used to make steel.

Acting Immigration Minister Alan Tudge was hopeful Hong Kong-based companies would see the advantages of moving their headquarters to a democracy like Australia.

‘We really looking at some of the businesses which are based in Hong Kong, particularly some of the international businesses, who have their regional headquarters there, who have already publicly signaled that they wanted to relocate to somewhere which is more free and more democratic,’ he told Sydney radio 2GB.

‘We want to be in the position whereby they might consider Australia as their destination to bring their business.’ 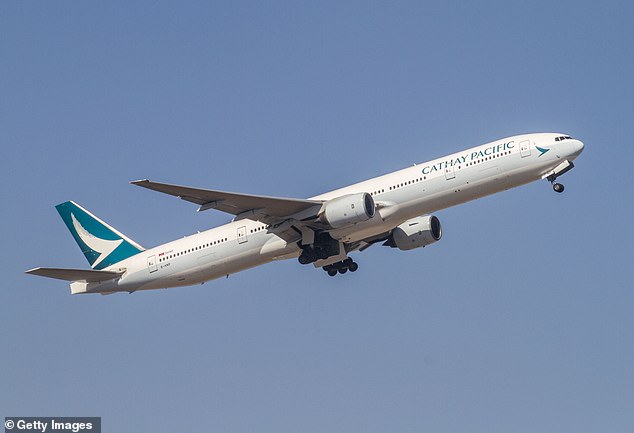 Should Mr Tudge’s wish come true, the likes of airline Cathay Pacific could move their headquarters to Australia

Should Mr Tudge’s wish come true, the likes of airline Cathay Pacific could move their headquarters to Australia. 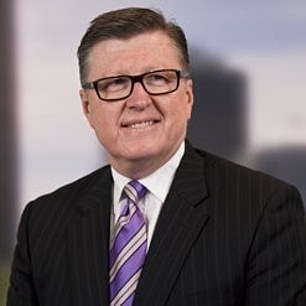 Mr Wright said WA’s handling of the COVID-19 pandemic made it a more attractive destination for businesses.

‘Another factor that weighs very heavily in Perth’s favour is the fact that Western Australia has done amazingly well in managing the impact of COVID-19,’ he said.

‘Organisations consider very carefully the wellbeing of their people. The pandemic has really brought that to the forefront.

‘A key factor in the foreseeable future for global talent will be “where is the best location for me to move to in terms of the health and safety”, not only of the talent themselves, but their family as well.

‘Perth has become a very attractive destination in that regard.’ 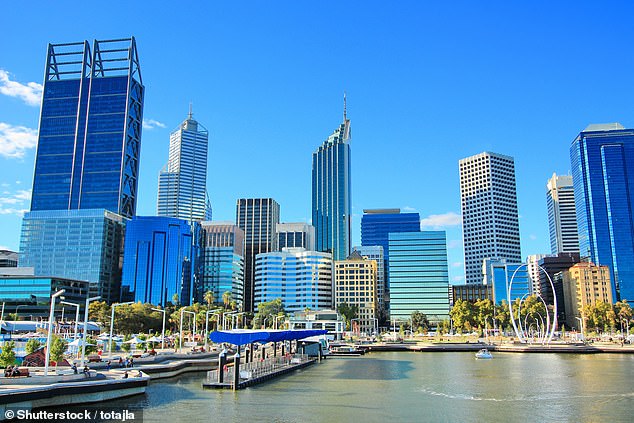 Perth (Elizabeth Quay pictured) is in the time zone as Asian financial hubs Hong Kong, Shanghai, Taipei, Manila and Denpasar, which makes it more conducive to doing regional business than cities on the east coast of Australia

But Mr Wright said the West Australian government needed to do its bit to woo Hong Kong tycoons.

‘If Perth played this one smart, the WA government has a tremendous window of opportunity to attract talent that otherwise may consider Sydney, Singapore, Melbourne,’ he said.

The Australian government wants to attract entrepreneurs and businesses through the Global Talent and Business Innovation and Investment programs.

Mr Morrison also announced 10,000 Hong Kongers who are already in Australia would now be able to apply for the extended visas – but there will be no humanitarian immigration program specifically for Hong Kong residents.

The Prime Minister also suspended Australia’s extradition treaty with the former British colony, meaning Hong Kongers accused of a crime by their home government will not be automatically deported from Australia.

Canada and the UK have recently done the same.

The move has angered Beijing, prompting its state media to threaten retaliation for any ‘provocations’ regarding Hong Kong.

Critics say it curtails freedom of speech and pro-democracy protesters have since been charged for holding flags, posters and pamphlets.