By Jack Elsom For Mailonline and Afp

Hong Kong has declared the lethal coronavirus an ’emergency’ and frozen all travel to and from Wuhan as part of cranked-up efforts to stop the spread of infection.

The city-state’s health authorities have confirmed five cases, all linked to the outbreak in China’s Hubei province, and are treating a further 122 people suspected of having the disease.

As part of the upgraded threat level, leader Carrie Lam said schools that are currently on Lunar New Year holidays will remain closed until February 17 and education authorities have asked universities to extend leave for students.

The spread of the deadly virus which has killed 41 people has forced Wuhan into lock down, effectively quarantining its millions of inhabitants.

And today Starbucks announced it has shut all outlets and suspended delivery services in the eastern Chinese region over ‘health concerns’ for its customers and staff. 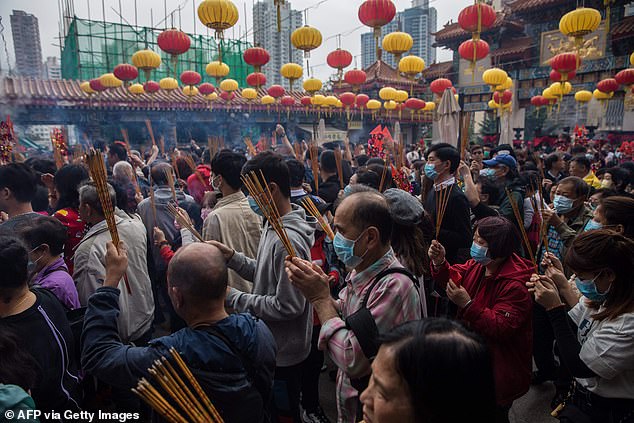 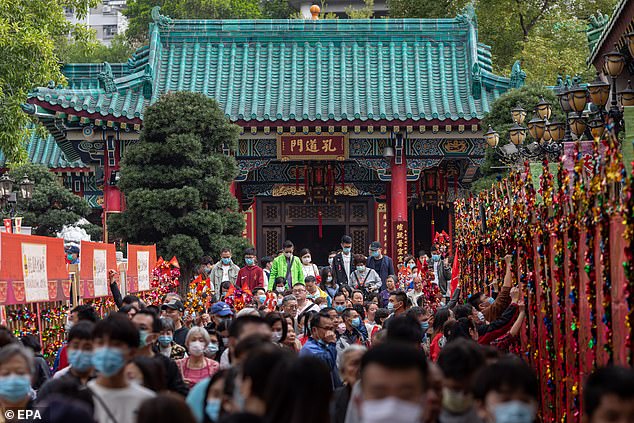 Looking at the growing clampdown across the border, Lam held emergency meetings with health officials this morning after returning from Davos.

She said: ‘Today I declare the lifting of the response level to emergency.

Of the five people who have tested positive for the virus in Hong Kong so far, four arrived via a newly built high-speed train terminal which connects with the mainland.

That led to calls from some medical experts and politicians to limit, or even halt, arrivals from China, the epicentre of the outbreak with 41 people dead.

All mainland arrivals to Hong Kong will now need to sign health declaration forms, she added, while public events including a new year gala and next month’s marathon would be axed.

She added: ‘We haven’t seen serious and widespread infections (in Hong Kong), but we are taking this seriously and we hope to be ahead of the epidemic,’ Lam said.

Hong Kong has a recent experience of deadly viral outbreaks and nearly 300 people were killed by SARS in 2003, a tragedy that left a profound psychological impact on one of the most densely populated places on earth. 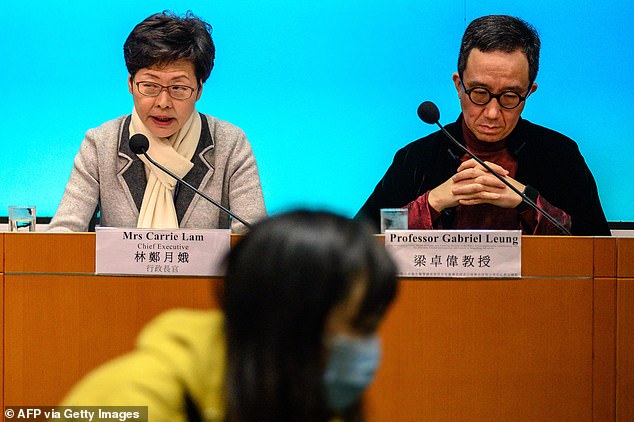 As part of the upgraded threat level, leader Carrie Lam (left with health chief Gabriel Leung) said schools that are currently on Lunar New Year holidays will remain closed until February 17 and education authorities have asked universities to extend leave for students 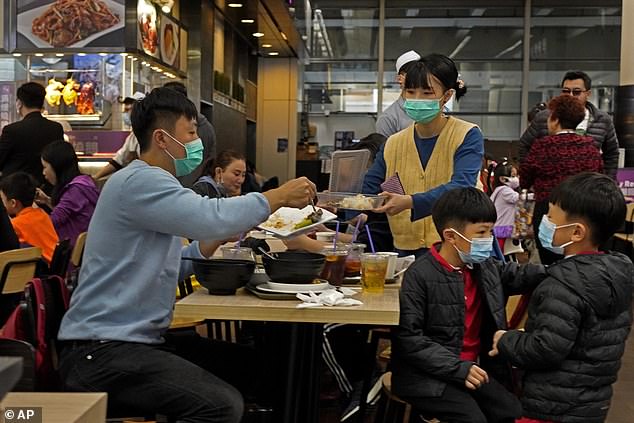 The outbreak also comes at a sensitive time for Lam, who currently boasts record low approval ratings after seven months of pro-democracy protests.

‘We must stand united so that we can prevent and control the disease,’ she said, in a nod to the political unrest.

The often violent protests have battered Hong Kong’s reputation for stability and helped tip it into recession, with the recent virus outbreak compounding the city’s economic woes.

Hospitals are already struggling with the winter flu season, but officials are isolating anyone with a history of travel to central China and those exhibiting respiratory tract infections that look similar to the virus.

So far some 300 people have been tested and monitored for the virus. Quarantine centres have been set up in remote holiday parks for anyone found to have come into close contact with people who tested positive.

On Saturday, officials announced a newly built but still-empty public housing block would be used for medical staff on the frontline who did not want to risk returning to their families.