A University of Hong Kong professor has been arrested on suspicion of killing his wife after police found her body stuffed in a suitcase in his office, the latest grisly murder to transfix the crowded city.

Officers discovered the body of a woman, wearing only her underwear and with electric wire around her neck, hidden in a suitcase inside a large wooden box in the office of 53-year-old Cheung Kie-chung.

The associate professor from the Department of Mechanical Engineering had reported his wife missing on August 20, saying she had not returned home after an argument. 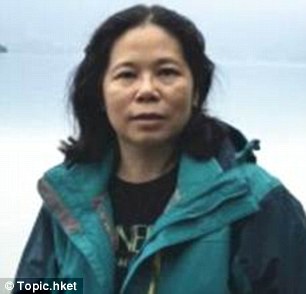 Cheung Kie-chung (left), an associate professor at the Department of Mechanical Engineering at the University of Hong Kong was accused of killing his wife Tina Chan (right) 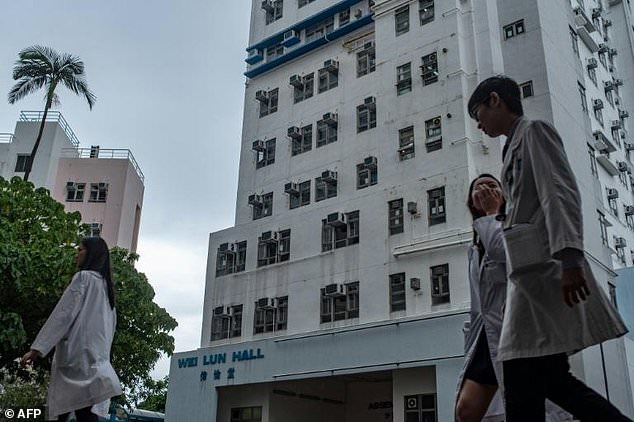 Police said they became suspicious of Cheung after CCTV footage failed to show his wife leaving their home at Wei Lun Hall on campus, while Cheung was seen moving a large wooden box out of the premises.

On Tuesday afternoon police searched Cheung’s office in the Haking Wong Building, a five-minute drive from the dormitory where he lives with his wife and children.

‘There was blood seeping out from the suitcase and it stank,’ Superintendent Law Kwok-hoi told reporters Tuesday night.

He said the victim might have been strangled, but the identity and the cause of death still needed to be confirmed by a post-mortem.

Law said Cheung told investigators he had a dispute with his wife, later identified as Tina Chan, on the night she disappeared over toilet hygiene. 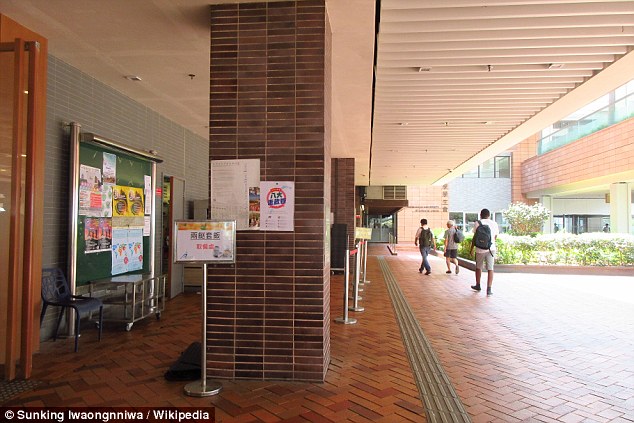 On Tuesday afternoon police searched Cheung’s office in the Haking Wong Building (pictured), a five-minute drive from the dormitory where he lives with his wife and children 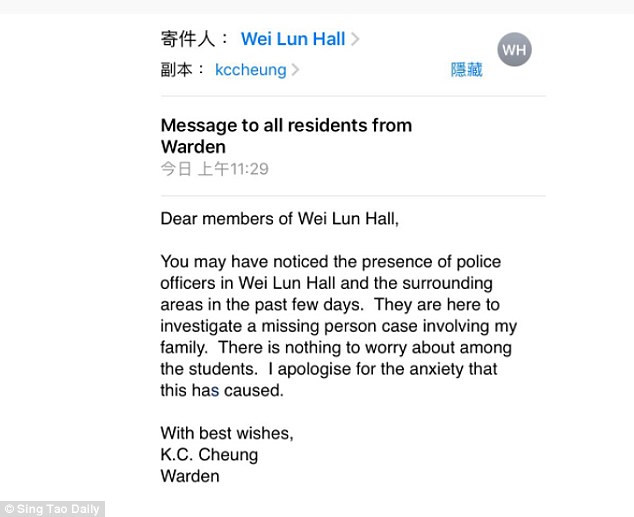 In an email sent to Wei Lun Hall residents, Cheung told students not to worry after police were seen on the campus, saying they were ‘investing a missing person case involving his family’

Cheung is also the warden of the dormitory where his family lives and a member of the university’s governing council.

In an e-mail sent to hall residents on Monday and released by Sing Tao Daily, Cheung said: ‘You may have noticed the presence of police officers in (the hall) and the surrounding areas in the past few days.

‘They are here to investigate a missing person case involving my family. There is nothing to worry about among the students. I apologise for the anxiety that this has caused.’

The victim’s daughter had posted fliers looking for her mother. The fliers identified her as Tina Chan and described her as being of medium build with mid-length hair and was last seen on August 17.

Zhang Xiang, the university president, said Wednesday he was shocked and saddened at the murder and described it as a tragedy.

‘While the details are uncertain, what is clear is that a tragic event has occurred and that many students, staff and alumni will be affected,’ Zhang said In an email seen by MailOnline to university students. 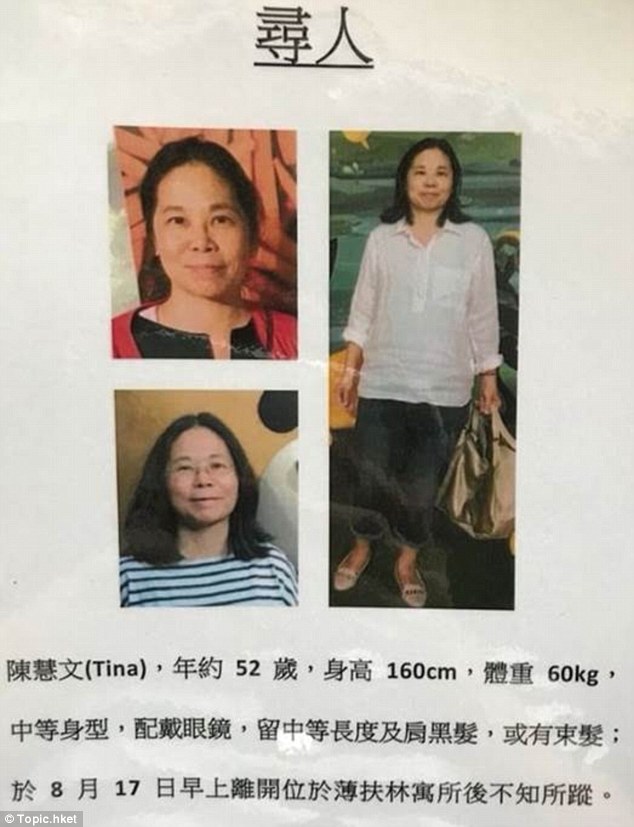 The victim’s daughter had posted fliers looking for her mother. The fliers identified her as Tina Chan and described her as being of medium build with mid-length hair

The university is offering its support to affected students and colleagues, it added.

Another Hong Kong academic is currently on trial for using a yoga ball filled with carbon monoxide to kill his wife and daughter inside a car.

The southern Chinese city, famed for its cramped housing but low crime rate, is occasionally rocked by high-profile murders that often involve gruesome attempts to hide or dispose of bodies.

In 2016 British banker Rurik Jutting was jailed for life for the murder of two Indonesian women in Hong Kong. He stuffed one of their bodies in a suitcase and placed it on his balcony.

The year before, a local man was jailed for chopping up his parents and storing their body parts in a freezer.