Honor has released their latest smartphone model with the highest camera image sensor ever at 48 megapixels (MP).

Industry experts believe that the launch, which features an innovative ‘hole-punch’ design, should let the firm step out of the shadow of its parent brand, Huawei.

Honor announced the global launch of the handset, the View20, on Tuesday.

It has a front facing camera surrounded entirely by a display that provides more screen space.

It is equipped with a sensor and advanced image processing designed to boost the capabilities of the 48MP sensor as well as the front-facing 25MP camera.

Honor’s newest smartphone should help the brand step out of the shadow of its parent brand, Huawei, according to an industry expert. Honor announced the global launch of its latest handset, the View20, which features a so-called ‘hole-punch’ design

‘The infamously prolific Honor has spent a lot of time in the shadow of its parent brand Huawei, but the arrival of its latest handset could do much to shine a light on the manufacturer in its own right,’ said Ru Bhikha, mobiles expert at uSwitch.com.

Apple set the trend with its iPhoneX notch design followed by Samsung, who featured a similar pinhole camera in its A8s just before Christmas.

But Mr Bhikha believes that this doesn’t diminish from the achievement of the View20.

The back of the smartphone is made from glass and metal and features a slick ‘nanotexture’ coating creating a vivid colour gradient with a gleaming effect.

Smartphone makers across the board are looking to increase the display space without making handsets physically bigger.

The phone also includes AI capabilities including a 3D camera that can identify different types of food as well as object identification which can distinguish between 300 famous landmarks and over 100,000 paintings. 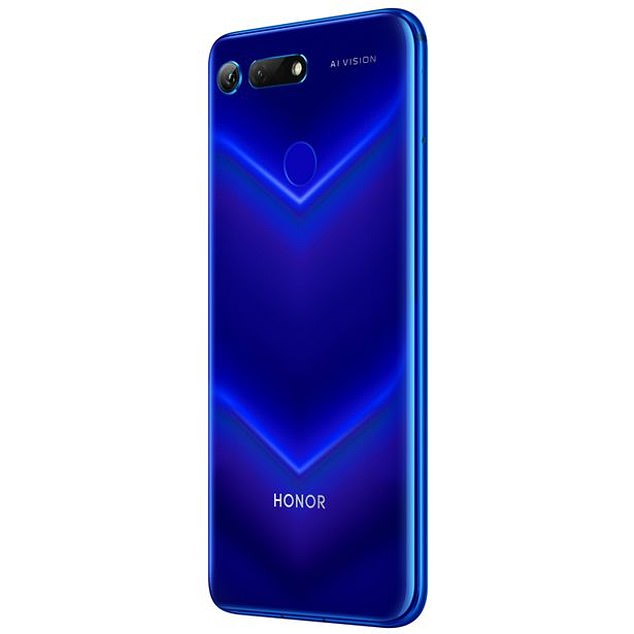 Industry experts believe that the latest release should allow them to step out of the shadow of its parent brand, Huawei. The firm announced the global launch of the handset, the View20, which has a front facing camera surrounded entirely by the display providing more screen space 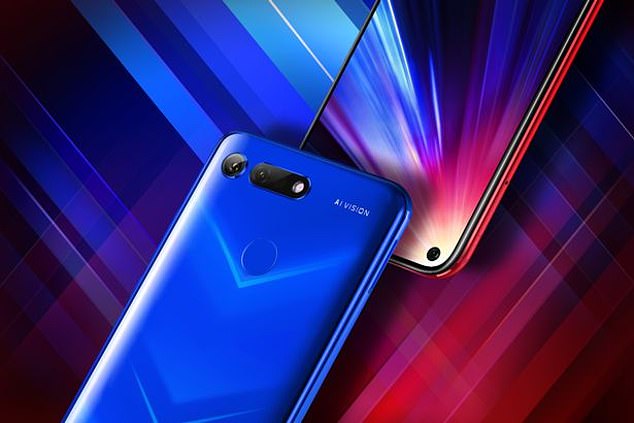 It is equipped with a sensor and advanced image processing, boosting the capability of the 48MP sensor as well as a massive 48-megapixel camera on the back. The punch-hole idea looks to be the big trend for 2019, as Samsung and Apple already have released theirs

‘The advantages of this style of front-facing camera are obvious – by doing away with the in-vogue notch, Honor has created an even more expansive screen experience for on-the-go Netflix bingers,’ Mr Bhikha said.

By cutting out the notch, Honor is essentially creating a more all-round experience and giving a nod to mobile owners who’ value screen space and ”snapability”’.

‘Honor should receive plaudits for its bold push towards the sought-after ‘infinity’ smartphone screen.’

WHY ARE SALES OF SMARTPHONES IN DECLINE?

According to the latest research by Strategy Analytics, global smartphone shipments were down by 8.4 per cent in the third quarter of 2018 compared to the same time last year.

Linda Sui, the firm’s director, said that the global smartphone market is ‘effectively in recession’.

The main reasons why this could be happening are: