A six-year-old celebrated finishing chemotherapy by helping out the Garda with roadside checks and even calling out a helicopter.

Little Ceejay McArdle has always wanted to be a Garda when he grows up but has been fighting leukaemia since the age of two.

He won that battle in February after completing his last day of treatment at Our Lady’s Children’s Hospital in Crumlin, Dublin before helping police officers in the town of Curragh and Kilcullen in County Kildare, Ireland.

In the clip, honorary officer Ceejay can be seen dressed in an adorable little Garda uniform while he waves down passing cars.

The drivers look delighted to stop for the boy with one fire fighter getting on his knees to let Ceejay administer a breathalyser test.

Later, the boy also waves down a helicopter and asks for help from the chopper to locate a black Ford Mondeo.

Ceejay McArdle, six, is an honorary Garda and helped police carry out roadside checks – even calling out a helicopter

At three years of age, Ceejay became the youngest member of the gardaí.

He joined a group of officers graduating from the Garda training college in Templemore, County Tipperary

When Ceejay was just two years old, his parents Susan and Marcus got the news that their son had leukaemia. 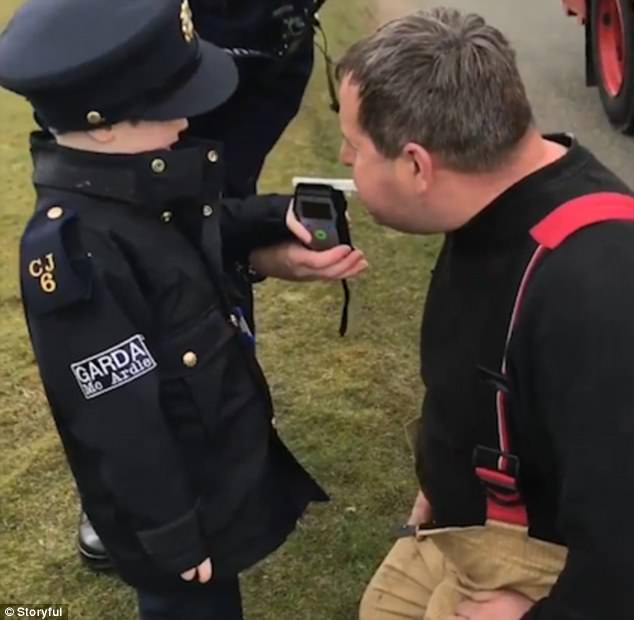 He was eventually diagnosed in September 2014 after a three week period of suffering from temperature spikes.

But after years of treatment, he finished his last course of chemotherapy in February.

A Facebook page charting his journey shared the following update: ‘As you all know by now Ceejay’s final dose of chemo, please god, was last Friday. 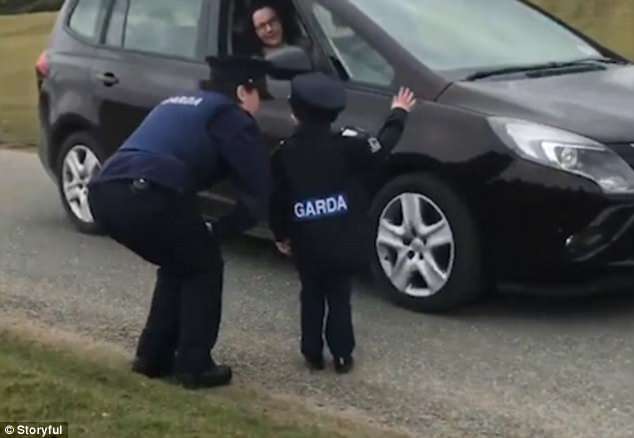 ‘Although he is still on some medications and will have regular check ups for the next 5 years we felt that at this time we had to thank all the gardai and members of police forces around the world who in so many ways made such a positive difference to his life and ours during the horrors of childhood cancer.’

Ceejay has a customised Garda uniform and his first duty was to conduct the Garda Band.

The six-year-old also has a Garda Bravery medal engraved with ‘Our Hero – Ceejay McArdle’.

The adorable honorary officer also regularly receives messages of goodwill from Gardai around the country, as well as from different forces around the world, like the NYPD. 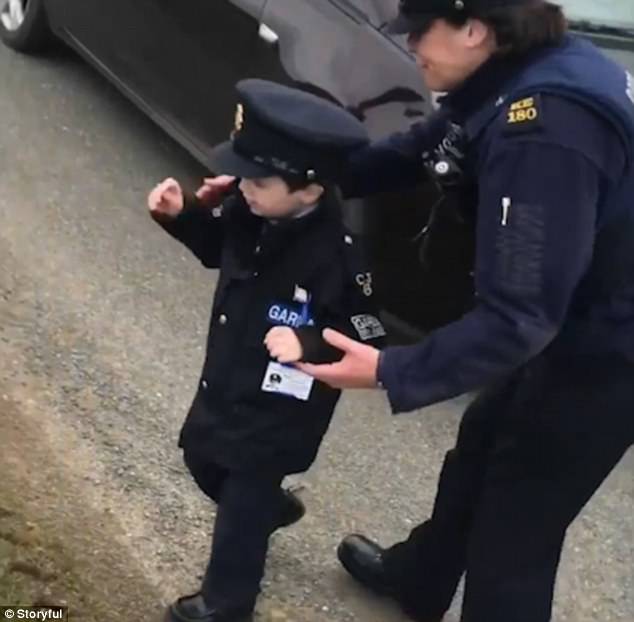