Children with a rare, incurable disease that causes rapid aging and early death have been given hope of living into adulthood with the help of a new treatment.

An experimental drug originally developed to treat cancer has been found to lengthen the lives of a small group of children with progeria, a genetic condition that causes the body to age eight times faster than normal.

The heartbreaking disease often called ‘Benjamin Button syndrome’ affects one in 20 million people worldwide and has an average life expectancy of 14 years.

While the results of the Boston Children’s Hospital study were limited and preliminary, researchers and experts say they could signal a potential breakthrough for children with progeria.

Carly Kudzia, seven, suffers from progeria, a genetic condition that causes the body to age eight times faster than normal. She participated in a study suggesting that the drug lonafarnib may extend life for children with her disease. She is pictured with her mother, Heather Unsinger, in Swanton, Ohio 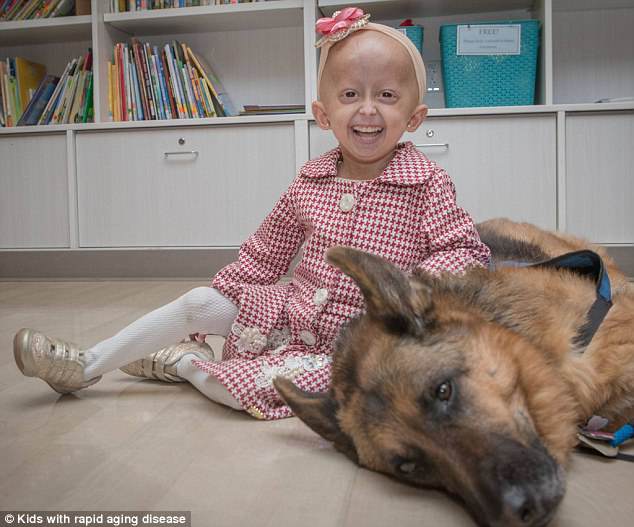 Progeria is a progressive genetic disorder that causes children to age rapidly, beginning in their first two years of life.

Children with progeria generally appear normal at birth and during their first year signs and symptoms such as slow growth and hair loss begin to appear.

As they grow up, children are typically small, bald and fragile-looking but intellectually normal.

‘[Other kids] always think I’m a baby, [but] I’m a regular kid,’ Carly Kudzia, a seven-year-old living with the condition in Ohio, told AP.

Dr Leslie Gordon, a professor of pediatrics at Brown University, has been studying the disease also know as Hutchinson-Gilford syndrome for years.

She and her husband Dr Scott Berns started the Progeria Research Foundation in 1999 after their son Sam was diagnosed.

The foundation funded the study led by Dr Gordon that was published Tuesday in the Journal of the American Medical Association.

Sam was a study participant and died four years after in 2014 at age 17. 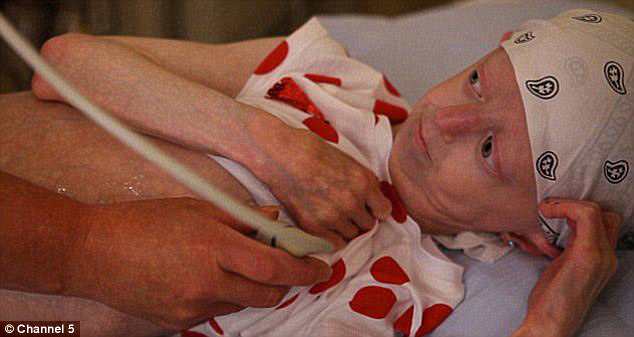 Hayley Okines died in 2015 at the age of 17 after writing an autobiography about the disease. She had participated in a drug trial similar to the one published Tuesday 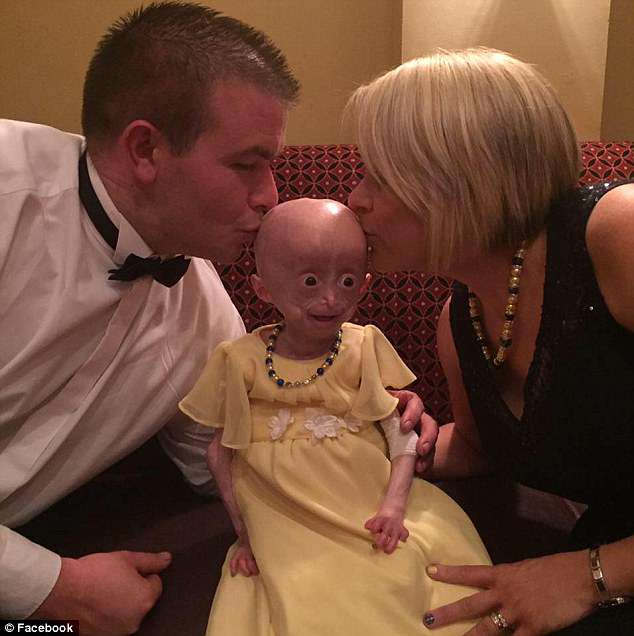 Lucy Parke died at the age of eight in the UK earlier this year. She is pictured above with her Stephanie and David 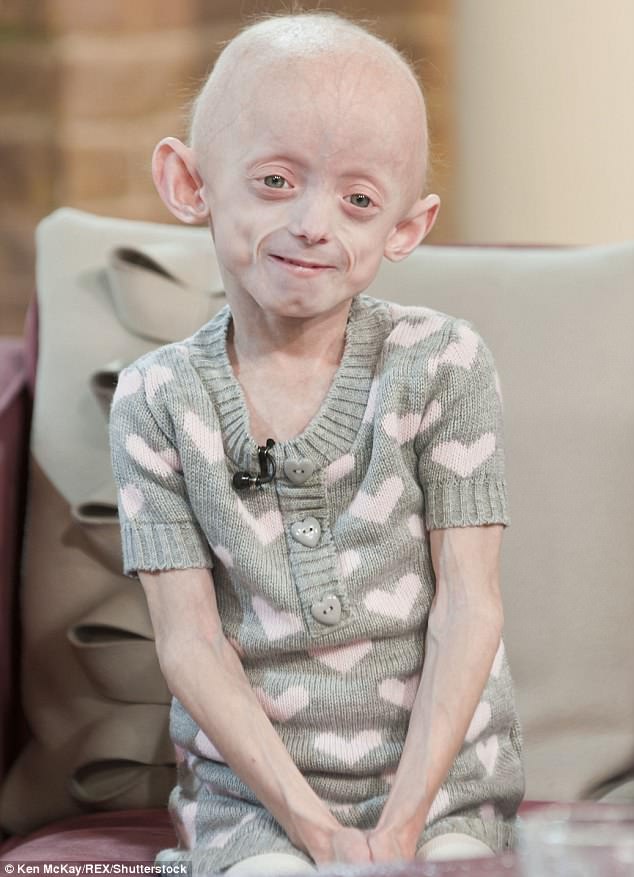 Ashanti was seven years old  in the photo above from 2011, but had the physical age of an 80-year-old

Average life expectancy for progeria children is about 14 years, and the most common cause of death is heart attack or stroke.

In this study and previous studies, the drug lonafarnib was found to increase the likelihood of children with progeria living into their late teens by reducing blood vessel damage and blocking the buildup of the protein that causes damage.

The children in the study were also involved in earlier research testing the same drug combined with two others.

The average life expectancy for a child with progeria is about 13 years, but some with the disease die younger and some live 20 years or longer.

There’s no cure for progeria, but ongoing research shows some promise for treatment.

Only one of the 27 participants treated with the drug died during the 2007-2010 trial, compared with nine of 27 untreated.

Within a period of about five years, survival was extended by about 19 months.

‘For the first time ever we have a drug that is shown to extend lifespan for children with progeria,’ Dr Gordon said.

For parents, who want to see their children grow up, that sliver of extra time is a bittersweet blessing.

‘If you’re a mom and you’re told that life expectancy is 13 years, that 1.6 years is gold,’ said Heather Unsinger, Carly’s mom.

Carly was a study participant and has been taking lonafarnib since age 3. ‘But it’s really hard to jump up and down.’

Carly ‘has full-throttle dreams’ and envisions becoming an art teacher one day, her mom said.

The study, conducted at Boston Children’s Hospital, was unusually designed, comparing children given the drug with other progeria patients worldwide who weren’t enrolled in the study.

The untreated kids were matched as closely as possible with study participants by age, gender and other characteristics, but they weren’t a standard control group and didn’t receive dummy medication.

University of Washington geneticist Dr. Fuki Hisama predicted that lonafarnib will eventually become standard treatment for progeria, though not a cure.

The study ‘gives other people the message that there is hope for rare diseases,’ said Hisama, who wrote an accompanying journal editorial.

‘Anything we can do to try to provide them hope of a longer life is well worth doing and well worth celebrating,’ geneticist Dr Francis Collins, director of the National Institutes of Health, told AP.

Dr Collins led laboratory experiments that in 2003 identified the genetic basis for the disease, formally known as Hutchinson-Gilford progeria.