Australian researchers are months away from trialling a drug that could save the lives of melanoma sufferers with weeks to live – but that may not even be the best news.

Sydney company Race Onolcogy secured a new patent for Zantrene, a drug it said could be effective in reversing late-stage melanoma in up to half of all patients.

The way Zantrene works means it has been hailed as a ‘world-first’ and there is hope it could be used to help thousands of patients suffering 25 different types of cancer.

Race Oncology told Daily Mail Australia it will begin clinical trials of the drug for treatment next year and partnered with a University of Newcastle team led by top melanoma researcher Professor Xu Dong Zhang.

Sydney company Race Onolcogy has secured a new patent for Zantrene, a drug it says can be effective in reversing late-stage melanoma in up to half of all patients. Melanoma cancer cells are pictured

Mr Zhang said he received excited emails and text messages from colleagues all over the world asking for updates on his team’s progress.

‘People have been looking for this agent for years now we have potentially got one,’ he told Daily Mail Australia.

Zantrene sat gathering dust on laboratory shelves for 15 years after being developed as a chemotherapy drug in the 1980s, but the researchers discovered a new use.

The drug would be used in combination with immunotherapy drug treatments that attack the ‘coating’ of a cancer cell, effectively removing its ability to hide from the immune system.

These are called ‘immune check point inhibitors’ and they spark the immune system into action, killing melanoma cells and producing miracle recoveries in patients told they had just weeks to live. 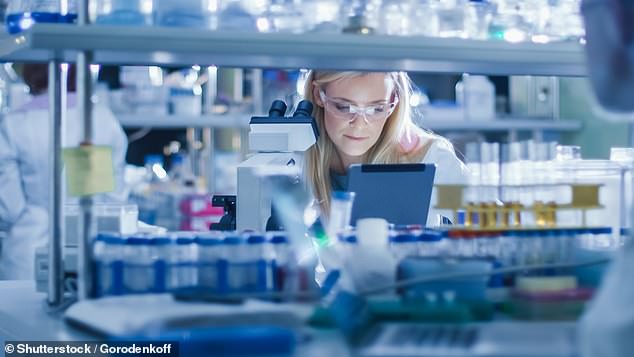 Remarkably, Zantrene sat gathering dust on laboratory shelves for 15 years after being developed as a chemotherapy drug in the 1980s

This type of cancer treatment is considered one of the major breakthroughs in oncology in the past 20 years, including for stage four melanoma patients who previously had a slim chance of survival.

But immune therapy does not work for all melanoma patients, which is where Zantrene comes in.

It will ‘enhance’ the effectiveness of immune therapy drugs.

Zantrene works by targeting over-active proteins inside cancer cells called ‘FTOs’ and can make the immunotherapy more likely to work.

‘It’s a fantastic news for melanoma sufferers because this will hopefully prolong their live and certainly improve their life quality,’ Mr Zhang said.

‘We are talking years of extra life rather than months.’

The treatment will be deployed in the recently developed field of cancer treatment called ‘precision oncology’.

‘This is not one of those five or 10 years away, “maybe, whatever” things,’ Race Oncology chief scientific officer Daniel Tillettsaid. 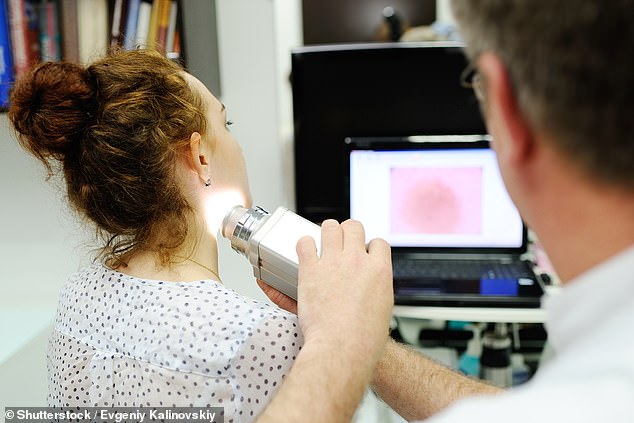 ‘It’s not long before people with late-stage melanoma will be able to be in a clinical trial and benefit from it.

‘We think next year.’

But that could just be the start for Zantrene, which if early promise is realised, could be the latest major breakthrough for oncologists.

Zantrene is said to be effective for patients with the overactive protein who have any one of up to 25 different cancers.

But the most promise is held for people with melanoma, acute myeloid leukaemia and a vicious type of renal cancer which can be symptomless until the patient has weeks to live.

The FTO proteins appear in up to 90 per cent of sufferers of clear cell renal cell carcinoma, giving sufferers hope who previously had none.

Overall, it is estimated 15 per cent of all cancer patients have the over-active FTO proteins and could potentially respond to Zantrene treatment.