Taking hormone replacement therapy to cope with the menopause may benefit the brain and stave off memory loss, research suggests.

A seven-year study has found women who take HRT experience fewer age-related changes to the brain.

Detailed scans suggest HRT may help preserve the structure of the prefrontal cortex, the part of the brain linked to memory and thinking.

Taking hormone replacement therapy to cope with the menopause may benefit the brain and stave off memory loss, research by scientists in Minnesota, USA suggests. File image used

Dr Kejal Kantarci, of the Mayo Clinic in Rochester, Minnesota, said: ‘We found one form of menopausal hormone therapy taken soon after menopause may preserve brain structure in the portion of the brain responsible for memory and thinking skills.

‘It may also reduce the development of amyloid plaques that can … lead to memory loss.’

The menopause, which commonly strikes women in their late 40s and early 50s, can cause symptoms including hot flushes, headaches and night sweats.

HRT tackles these by providing oestrogen as the body stops producing it. But the new research suggests that the treatment may also benefit the brain.

Women with common health problems are being ignored and over-ruled by doctors, a minister has said.

Many wait up to two years to be diagnosed with gynaecological problems such as fibroids, said health minister Jackie Doyle-Price.

Some are refused the best treatment or denied less painful investigations by doctors who thought they knew best, she added.

In a speech in Westminster today, she will warn that too many women have felt ‘disempowered and frustrated’ by their NHS care.

She will say that while the Government has broken down some of the ‘taboos’ in women’s health, there is more to be done.

She will point out that many women are unprepared for the debilitating symptoms of the menopause and do not receive any treatment.

She will call for a ‘change in behaviour’ among doctors, saying: ‘Women should always be listened to – [they] should have treatment done with them, not to them.’

Experts believe this is because oestrogen can protect the connections in the brain and when natural hormone production stops, this protection disappears. Replacing it artificially could restore protection.

The findings are significant because many women go without HRT after studies in the early 2000s raised fears of side effects.

The new paper, published in the journal Neurology, reports on research involving 75 healthy women with an average age of 53 who had gone through the menopause within the previous three years.

Twenty women were given HRT pills, 22 received HRT patches and 33 received placebo pills or patches that contained no hormones.

The women were kept on the treatment for four years, then tracked for a further three years after the therapy ended. They had MRI brain scans every few months.

The researchers found that in those on HRT patches, there was less shrinkage in the dorsolateral prefrontal cortex – a part of the brain that assists with memory, thinking, planning and reasoning.

There were also lower accumulations of amyloid plaques among these women.

Those on HRT pills did not experience as much benefit while taking the therapy, but when they stopped a difference started to appear.

There was no difference between HRT treatment and placebo in thinking and memory tests, but the scans suggest that HRT had an effect on the structure of the brain and that over a longer period a difference might be seen.

Dr Sara Imarisio, of Alzheimer’s Research UK, said: ‘This small study found no link between HRT and memory and thinking, but women who had taken the hormone estradiol via skin patches showed some signs of better brain health.

‘More studies are needed to piece together the effect of hormones on the brain and how different forms of hormone therapy might impact brain health later in later life.’ 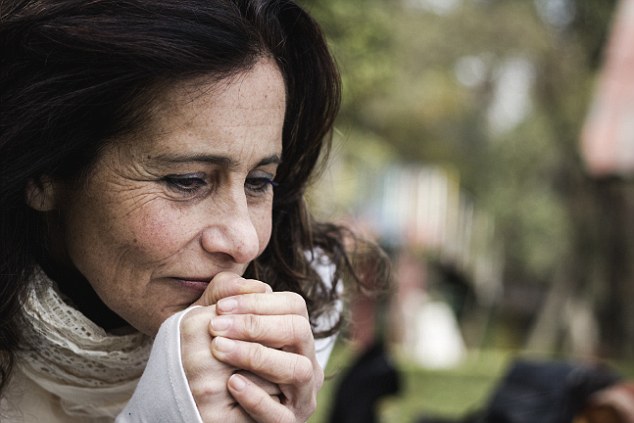