Horrifying footage has emerged of the moment a drug-crazed carjacker brandishing a gun drags a woman from her luxury Jaguar and throws her to the ground before stealing her car during a high-speed police chase through Melbourne.

Melbourne County Court released police helicopter footage to Daily Mail Australia on Monday of Patrick McMillan, 34, who sped away in a stolen Holden on November 24, 2017, while on a three- to four-week drug binge on cocaine, ice, alcohol and GHB or grievous bodily harm.

An off-duty police officer noticed McMillan as he drove through the northeastern Melbourne suburb of Greensborough, followed him and called Triple 0.

McMillan noticed the police officer following him, stopped in front of his car and confronted him, pointing a handgun at the officer’s head.

‘Why the f*** are you following me?’ the Herald Sun reported him as saying.

The police officer then drove off with McMillan following him.

McMillan veered off and was, in turn, chased by police.

The fugitive drove recklessly through Melbourne’s western and northern suburbs reaching speeds of up to 200km/h.

He ran red lights, drove on the footpath and on the wrong side of the road during the police chase which lasted almost 90 minutes.

At one point he drove straight through train boom gates in his efforts to avoid police.

It was near Ivanhoe train station that he stopped his stolen car and ran towards a woman sitting in a red Jaguar, with his gun drawn. 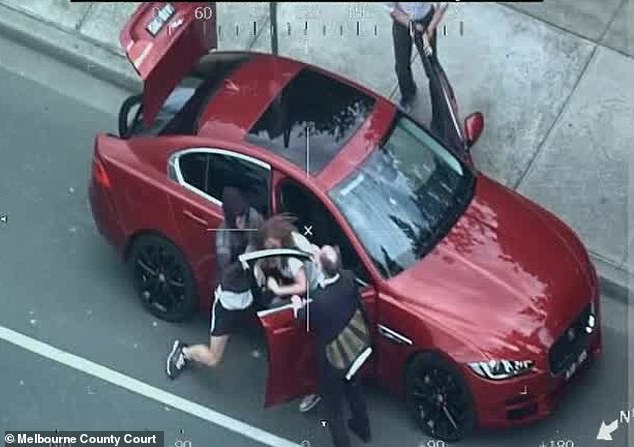 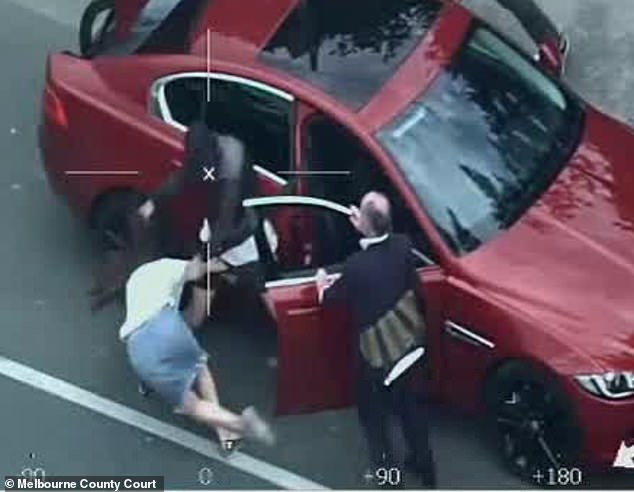 With the woman driver on the ground, McMillan pushes his way into the Jaguar while bystanders try to stop the ice addict stealing the car 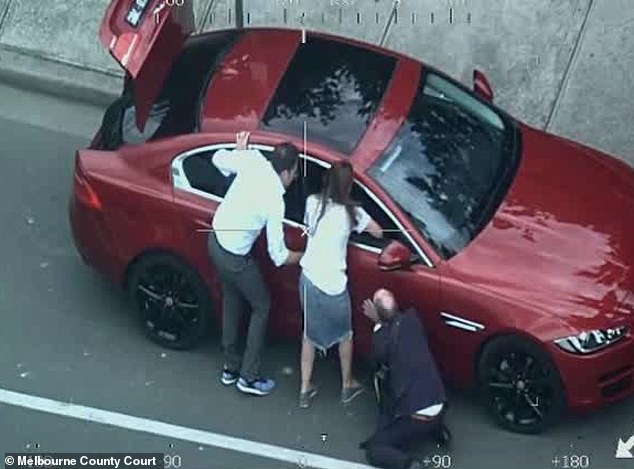 Good Samaritan bystanders appear in the video to be trying to grab the keys. One shelters below the door to hide from McMillan’s gun

The video footage shows him struggling with her inside the car before dragging her out and throwing her roughly to the ground by her hair.

He then got in the car and attempted to drive off.

The video shows several onlookers coming to the woman’s aid during the attack which occurred about 5.40pm.

In the video footage they appear to be trying to pull the keys out of the ignition.

One good samaritan crouched by the driver’s door, sheltering from the gun which McMillan was pointing at them.

The video shows the bystanders opening the car’s doors and trying to get inside to thwart McMillan who reverses, smashing into a white car behind before speeding off with the boot still open.

McMillan drove off in the woman’s Jaguar again reaching speeds of up to 200km/h before smashing his way through the exit boom gate of Doncaster shopping centre carpark where he stole another vehicle, this time a Mercedes.

After speeding off in the Mercedes he made his way to the Chadstone Shopping Centre carpark where he struck again. 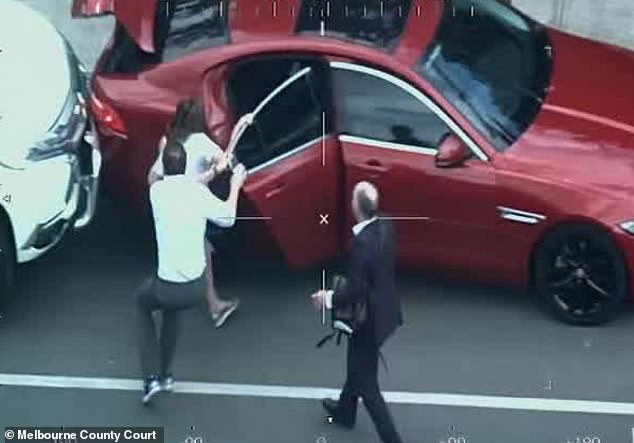 McMillan reverses into a white car behind, smashing into it as bystanders open the doors in an effort to stop him before he goes speeding off with the boot still open. 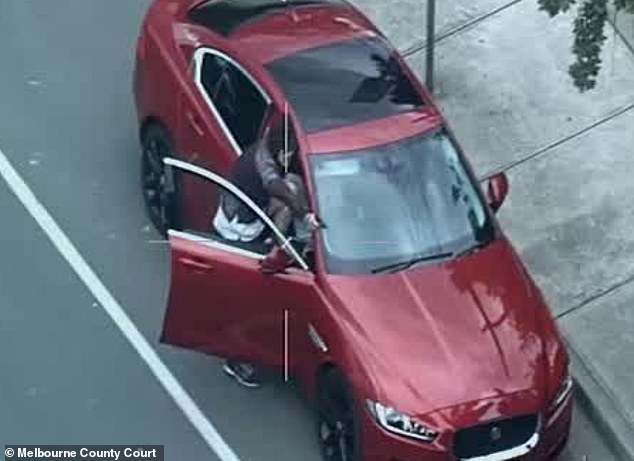 McMillan was fuelled by a weeks-long drug binge of cocaine, ice, alcohol and GHB when he went on his carjacking crime spree, pointing his gun at bystanders, police and motorists

McMillan pointed his gun at the driver of a Nissan Skyline, ordering him out of his vehicle in the Chadstone Shopping Centre carpark.

He was arrested after entering a driveway at Pascoe Vale Road.

The court heard McMillan had a history of ice addiction and that the crimes were part of a number of offences he had committed in November 2017, including hitting a man in the head with a sawn-off shotgun during an aggravated armed robbery on November 22.