The University of Central Florida’s starting quarterback has suffered a gruesome leg injury, casting a pall over the team’s triumph in the final game of the regular season.

Quarterback McKenzie Milton went down in the second quarter of Friday’s game in Tampa, Florida, but UFC still went on to trounce arch-rival University of South Florida in a 38-10 blowout.

In the process, the UCF Knights extended the nation’s longest winning streak to 24 games and completed a second consecutive undefeated regular season.

Milton hurt his right knee when he was tackled at the end of a 5-yard run, going down with the leg bent in an unnatural direction. 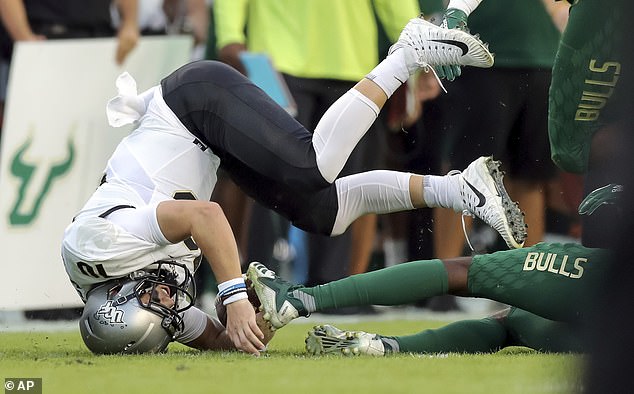 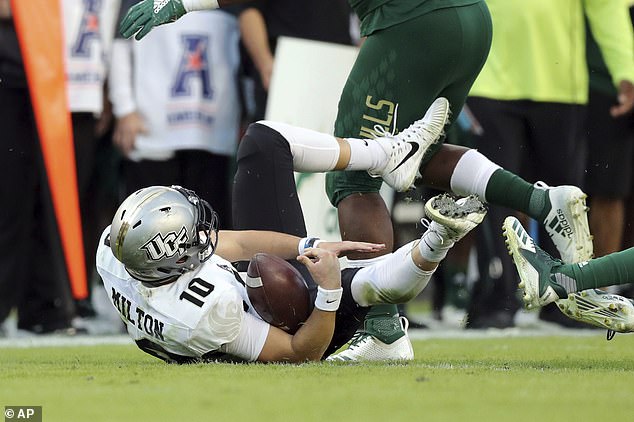 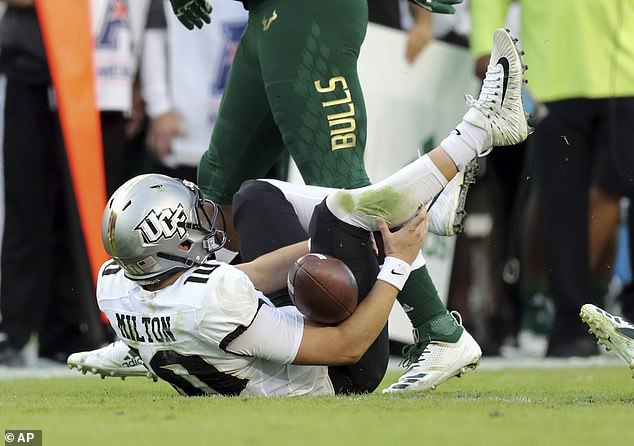 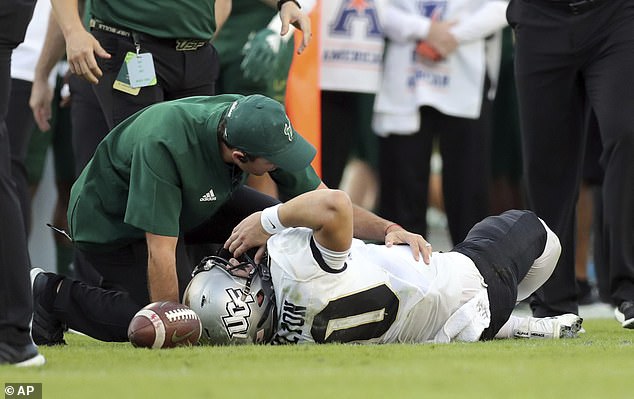 The entire UCF squad left their sideline at one point to form a crowded circle around Milton as trainers braced his injured knee and loaded him onto a cart.

Players from both schools, which are located about 100 miles apart via Interstate 4, kneeled on one knee while a cart was rolled onto the field and Milton received medical attention in front of the South Florida bench.

Milton was placed on the cart and taken to the locker room and later a nearby hospital for surgery.

The Knights kicked a field goal on the first play after the quarterback departed to make it 10-0. 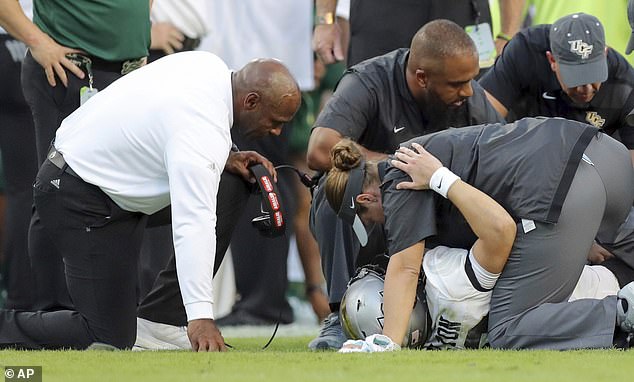 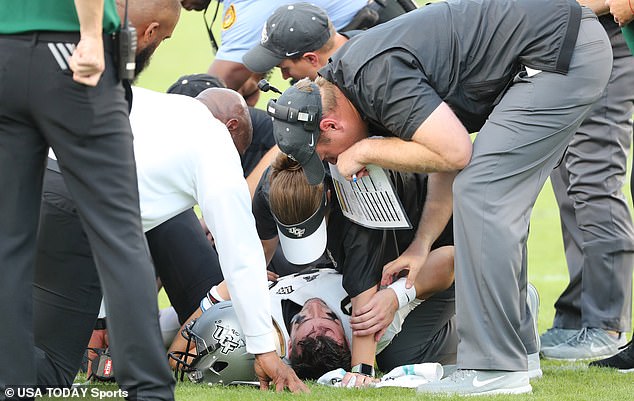 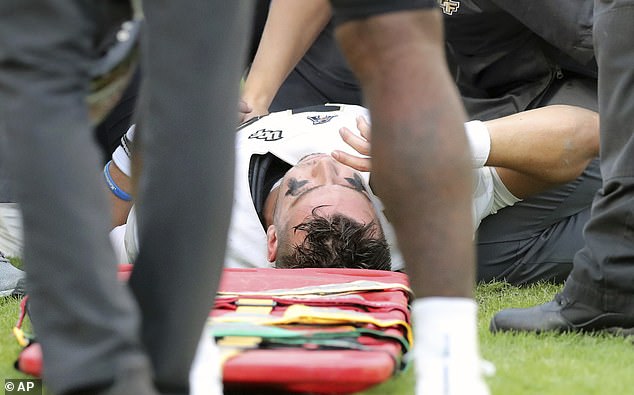 Darriel Mack Jr. replaced Milton as QB and may make his second start of the year when UCF faces Memphis next week in the American Athletic Conference title game.

After the game, UCF head coach Josh Heupel would only describe the incident as ‘a traumatic injury’.

Milton completed 5 of 10 passes for 86 yards on Friday, including a 14-yard scoring throw to Gabriel Davis for a 7-0 lead. 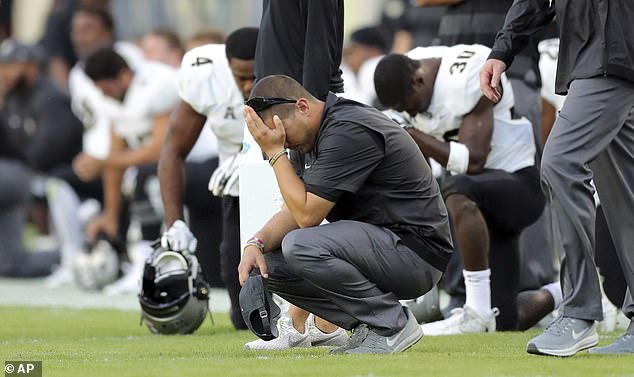 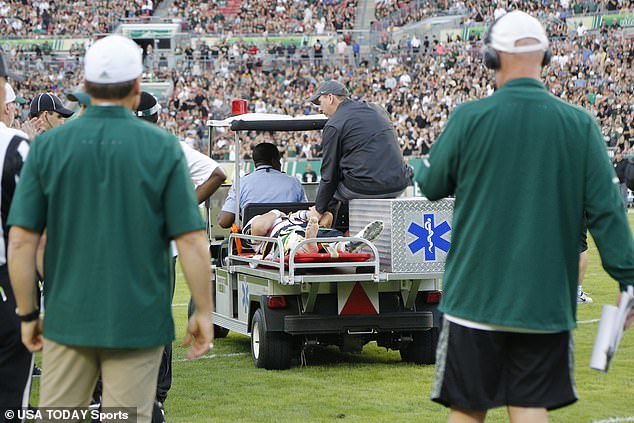 Greg McCrae McCrae scored on runs of 40, 39 and 31 yards, with the second of the three TDs re-establishing a 14-point after South Florida briefly pulled to 17-10 on Johnny Ford’s 34-yard catch-and-run.

McCrae finished with 181 yards rushing on 16 carries for the Knights, who amassed 558 yards total offense and have scored at least 30 points in 24 consecutive games.