A Queensland farmer who ploughed into and drove over a bull has caused outrage with video of the incident sparking a rural police investigation.

The farmers near Mount Isa in the state’s far west appeared to be chasing down a ‘scrub bull’ – a bull that has gone wild and escaped from a station and adapted to survive in a remote bushland area.

The clip shows a man driving a modified quadbike into the bull and then continuing to run over the beast even after it had been pushed along for more than 10 metres.

A horrific video has surfaced of the moment Mount Isa farmers plow into and continue to drive over a cow.

The video has been reported to police and investigations are ongoing.#9News pic.twitter.com/b7dCvFKXWd

The farmer then let his wheels grip to the animal as he drove the quadbike over it, tipping the bike into an almost vertical position and throwing off the rider.

The men in the video can be heard laughing after the quadbike is tipped upwards.

Daily Mail Australia understands an investigation into the incident has been commenced by the Cloncurry Major Organised Crime Squad arm specialising in rural crime.

‘There’s so much we don’t know and can’t tell from the video – were they working on the property? Did they have any right to be on the property?’ a Mt Isa police officer told Daily Mail Australia.

The horrifying footage shows the quadbike driver ploughing into the bull, rolling the animal over and driving over the top of it

Scrub bulls are notoriously tough and ill-tempered, but most often catching them is effected with modified cars and quadbikes designed to lever an arm over the neck of the bovine.

Captured scrub bull are then ‘walked’ in the neck rig to a nearby tree or bush before they are tied and have their horns cut.

The aggressive feral cattle are likely to charge at farmers and are often shot or recaptured. 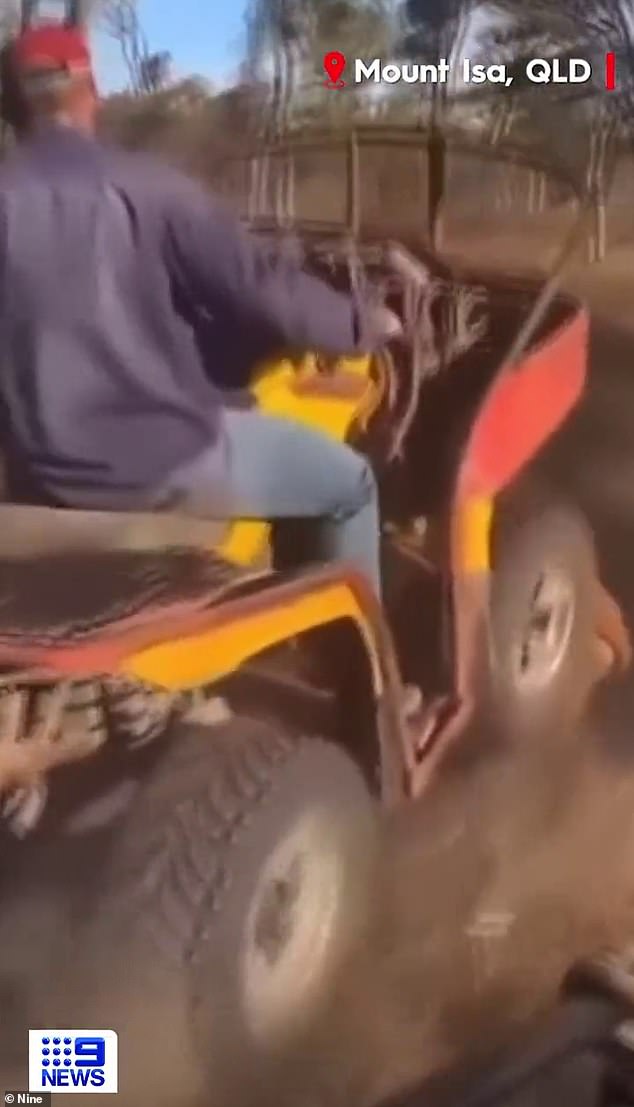 The driver was slammed online for his bull-capturing technique, believed to have been filmed on a property near Mt Isa in far western Queensland 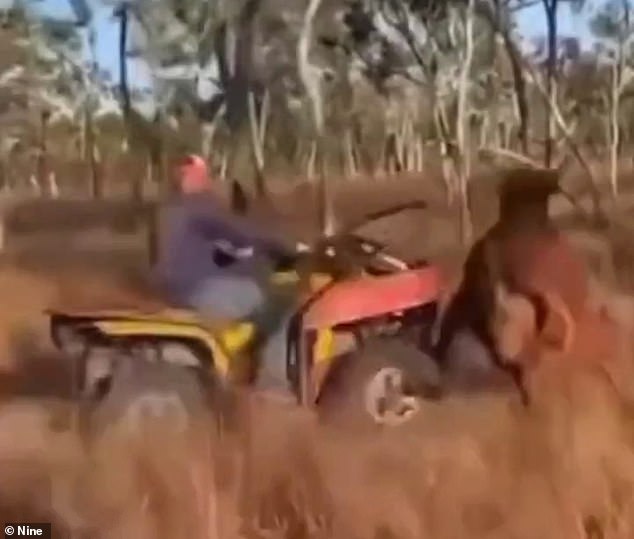 The farmer attracted criticism across the internet after the footage was made public.

Some viewers online called him ‘cruel’ while others threatening to ‘return’ the favour.

‘That’s so cruel. I’m glad he’s been reported. Animals can feel pain, just as much as he would if it was done to him,’ one wrote.

‘Every dog has its day and he will get his. Scumbag,’ commented another.

‘How cruel,’ said one shocked person.

‘Let me have a go doing it to him,’ requested another.

Some others came to the farmers’ defence with one writing: ‘Like it or not this is how wild cattle are caught. They were being wankers about this though, obviously haven’t been taught very well. But if you think you can stop a wild bull some other way go ahead and give it a go.’

Another, however, was quick to correct that view.

One viewer labelled the pair’s conduct as un-Australian and said they had to be from overseas.

‘What an awful human. People are just disgusting,’ wrote a horrified user.