That’s teed her off! Horrified golfer whacks his girlfriend with the ball as he tries trick shots with his caddy

This is the moment a Dutch golfer accidentally hit his girlfriend with a ball as he  attempts social distancing with his caddy.

Joost Luiten, 34, looked up in horror when he drove a golf ball into girlfriend Melanie-Jane Lancaster – who let out a loud scream.

The professional golfer had been attempting tee off after being chucked a driver by the caddy who was trying to stand 1.5 metres away. 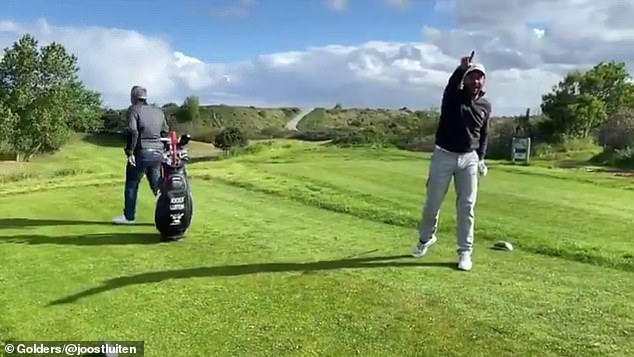 He attempts four swings after catching the club mid-swing, thrown from a caddy standing 1.5 metres away. His girlfriend lets out a curdling scream after she is hit by the ball

In the video, Luiten begins by shanking a shot after the caddy throws him a club and he catches it mid-swing.

The pair burst out laughing and Luiten attempts the trick a second time, missing the ball entirely and knocking it off the tee.

He misses a third time before on the fourth attempt he whacks the shot that hits Miss Lancaster.

She lets out a harsh scream and he recoils when he realises he hits her before the video cuts out. 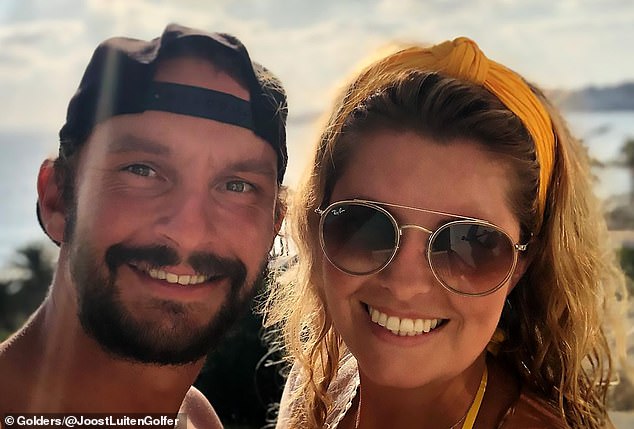 Joost Luiten says  his girlfriend sustained a bruise from the shot but was not seriously injured. Pictured: Luiten with  Melanie-Jane Lancaster on holiday at the Amavi Hotel in Cyprus last year 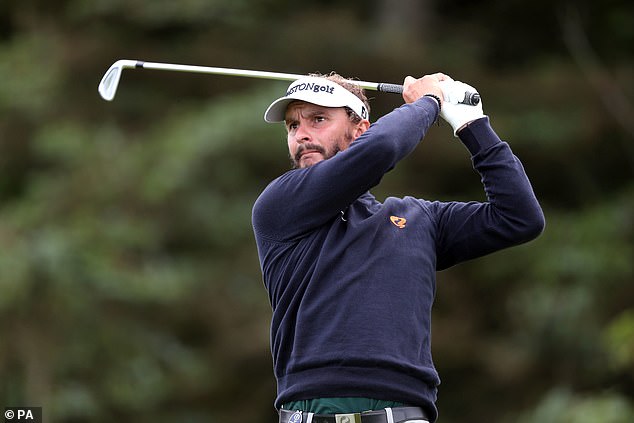 Luiten, who once ranked 28th in the world, said his girlfriend sustained a bruise from the shot but was not seriously injured.

The golfer posted the video on Twitter on Tuesday with the ‘#socialdistancing’ hashtag and it has been watched more than 7,500 times.

He said: ‘Playing golf with a caddy and keeping the 1.5m is hard.

‘Almost killing my girlfriend in the process trying to master social distancing. She survived, just a bruise.’