What lives in THAT? Gigantic nest inside an attic freaks out female homeowner who asks for help identifying what lurks inside

A woman has taken to social media to ask for help identifying what animals may inhabit a gigantic nest she discovered in her attic.

Auckland resident Kiri Vertongen posted photos to a local Facebook page on Monday and asked if the hive-like structure looked familiar to anyone in the group.

The images of the sizeable nest quickly sent members into a frenzy, with many users sharing their horror in the comments.

‘I think you need an exorcist for that’, one woman suggested.

‘Burn the house down’, a second user instructed, while another group member compared the ‘utterly terrifying’ nest to something from a horror film.

‘How do I un-see these photos? Instructions please,’ one said.

‘I’d be calling a real-estate agent,’ another user joked.

He explained as the cooler weather hits, the workers and their Queen dies and the fully mature nest is disbanded. 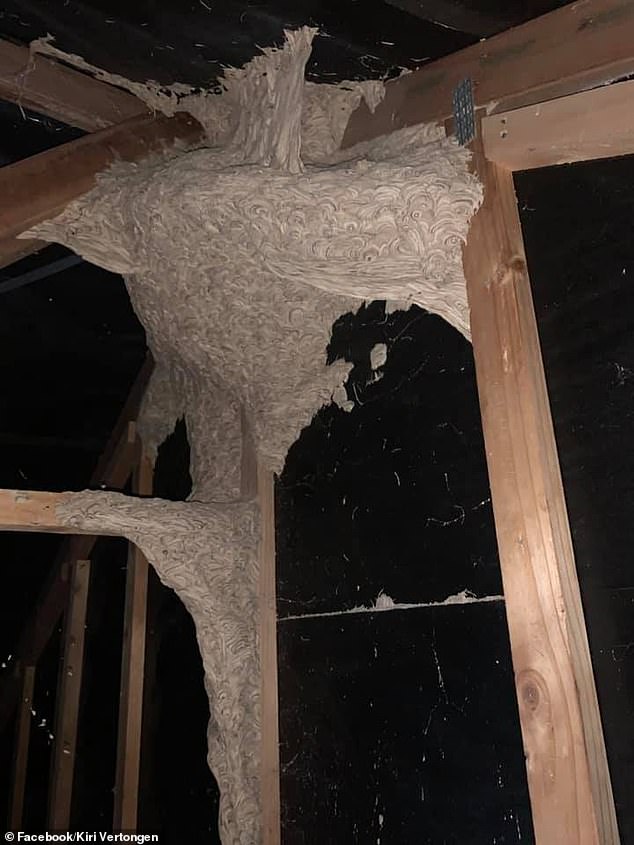 ‘If there are no guards around the nest then it is empty. No other German wasps will reinfest it as it breaks down over time’, the expert said.

‘If you are seeing wasps flying in and out then it would be best to get it treated.’

The insects are commonly found across New Zealand but typically inhabit forested and rural areas.

‘German wasps, also known as yellow jackets in other countries, are quite dangerous,’ Jonathon told Newshub on Tuesday.

‘They aggressively defend their nests and [can] swarm very quickly.’

The pest control expert said it was common for such a sizeable nest to be found at this time of year and urged residents to keep their distance. 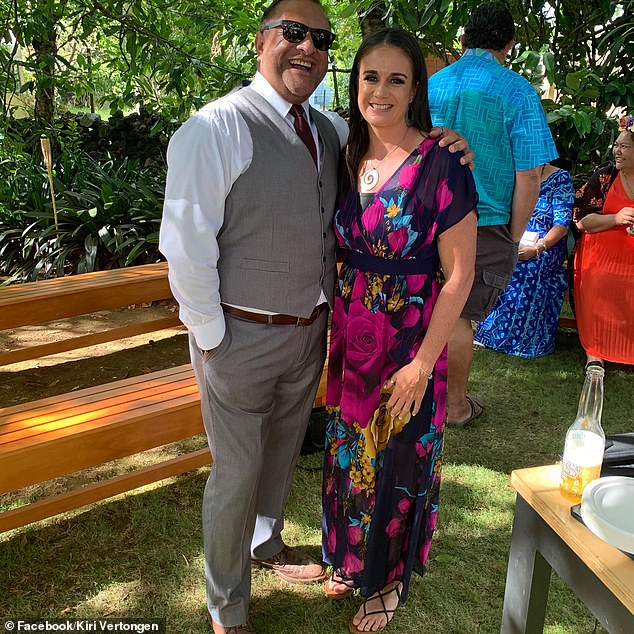 ‘Wasp nests have guards posted 24/7 which are just itching to attack something,’ Jonathon explained.

‘Being able to sting continuously, wasps have no problem going for you repetitively… very uncomfortable indeed.’

He advised always calling a professional to remove a nest, as they had the tools, experience and appropriate clothing for the job.

Ms Vertongen posted an update to her original post to inform the group the giant nest had thankfully been confirmed as ‘dormant’.

‘Thanks everyone for your input and a good laugh,’ she wrote.